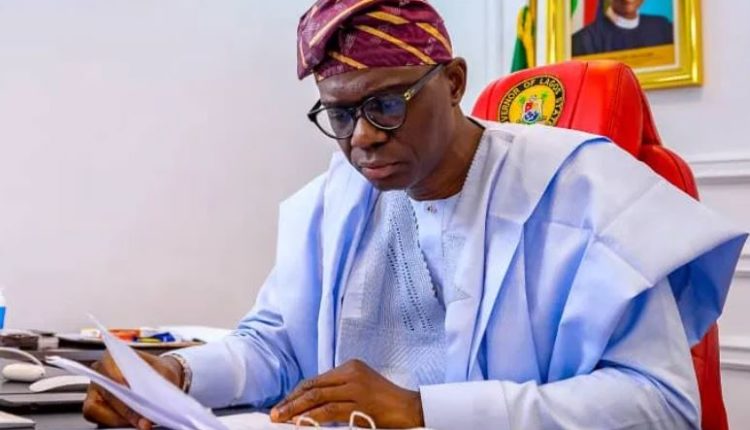 Lagos State Governor, Babajide Sanwo-Olu has on Wednesday signed an executive order for the rebuilding of the state following massive destruction inflicted by hoodlums in the aftermath of #EndSARS protests.

Sanwo-Olu also constituted the Lagos State Rebuilding Trust Fund to oversee the rebuilding of every aspect of the state, TheNation reports.

The Governor, while briefing the press on “Rebuilding Lagos,” at the State House in Alausa, Ikeja said an eight-man committee, which will be headed by Citibank Nigeria Chairman, Mr. Yemi Cardoso will head the Board of the Lagos Rebuild Trust Fund.

The Board members were unveiled at a Press Conference at the Governor’s Office, Alausa, Ikeja today.

Sanwo-Olu said the Government decided to put the criminal destruction behind it and face the huge and necessary task of rebuilding the State.

The government, he expressed, would be embracing new standards of governance and building stronger partnerships, which would enable the State to bequeath stronger institutions and cohesion among residents.

In the last few weeks, we have been inundated with local and global offers of assistance to rebuild our State and recover all we lost to arson and violence in October.

It is obvious that we can no longer wait to begin the onerous task of reconstructing Lagos. In the next few days, our Government will be sending a bill to the House of Assembly for the establishment of a Trust Fund to Rebuild Lagos.

Also on the Board are : the Co-Founder and CEO, Flutterwave; Mr. Gbenga Agboola; Vice Chairman, Standard Chartered Bank, Mrs. Bola Adesola – all representing the private sector – and a representative of an International Donor Agency.