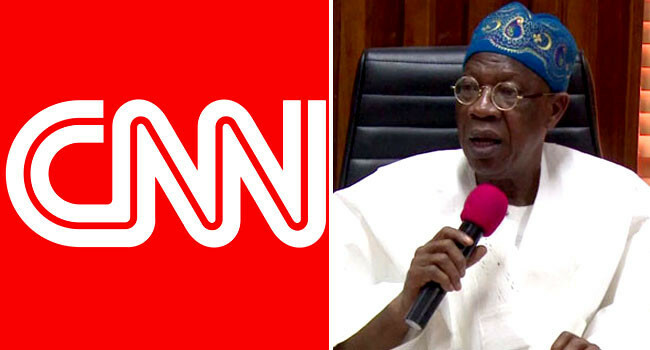 Cable News Network (CNN) has released a second investigative report on the shooting of peaceful #EndSARS protests at Lekki toll plaza, amid threats of sanction from Federal Government over its first report.

It would be recalled that CNN published on Wednesday, November 18 which gave a graphical account of what transpired on the weekend night of Tuesday, October 20 at the Lekki tollgate, including video, pictorial evidence and interviews with victims and their relatives.

Minister of Information and Culture,Lai Mohammed, however described CNN’s report as poor journalism and called for the sanction of the network.

Mohammed also followed up the threat with a letter addressed to the management of CNN in Atlanta.

Notwithstanding, the network on Tuesday released a second report with more damning footage showing soldiers shooting at unarmed protesters on October 20, 2020.

The fresh report also shows the Commander, 81 Division, Brig. Gen Ahmed Taiwo, admitting before the judicial panel in Lagos State that his men indeed took live ammunition to the tollgate.

CNN’s report also highlights the fact that Brig. Gen Taiwo’s claim is at variance with the minister’s who had claimed last week that the army fired blank bullets.

The fresh report also shows protesters running as soldiers opened fire at them while protesting against police brutality at the tollgate.

Twitter: ‘We Will Not Rest Until Social Media Is Regulated’…