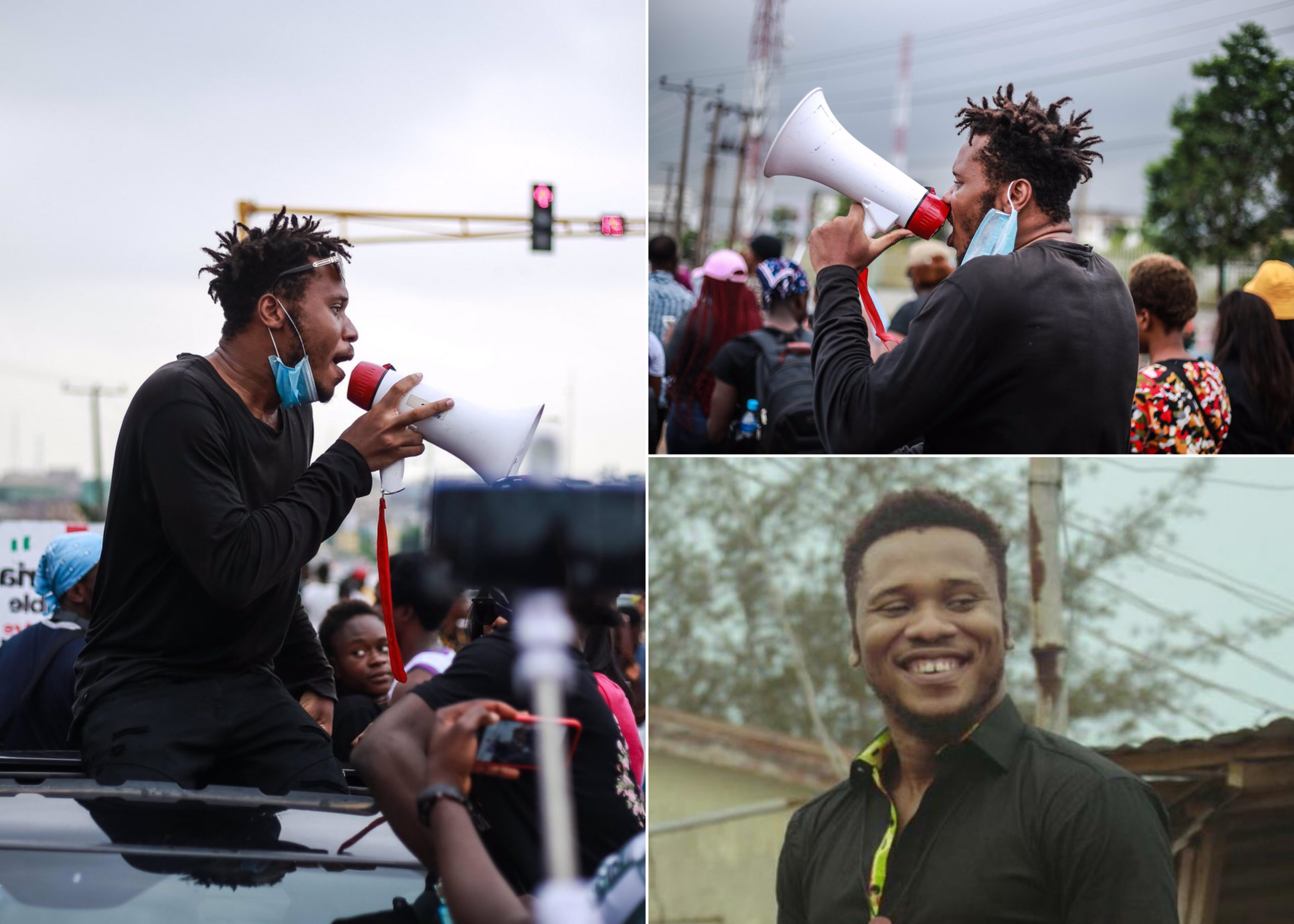 Nigeria Police Force has transferred an arrested #EndSARS protesters, Eromosele Adene, from Lagos to Abuja allegedly for organizing a protest on Saturday.

According to ThePunch, the victim’s sister, Ononome Adene, on Monday said that the move was probably done because Lagos is the epicentre of the protest and her brother’s detention could spark a protest in the state.

Eromosele, who is a musician and a civil rights activist, was arrested by 15 policemen at his home located in the Ikeja area of Lagos State on Saturday.

It was learnt that Eromosele and some others had planned to hold a protest on Saturday and had distributed fliers to the effect which contained his phone number.

Policemen were said to have gotten hold of the flier, tracked his phone, and arrested him at his house.

He was subsequently taken before the Commissioner of Police, Hakeem Odumosu, and then transferred to the State Criminal Investigation Department, Panti before being taken to Area F, Ikeja.

However, his sister said that when her brother’s lawyer arrived at the Area F command on Monday, he was informed that Eromosele had been moved.

He has been moved to Abuja and I think they decided to move him because they would not be able to control the outrage in Lagos.

An #EndSARS protest frontliner, Feyikemi Abudu, in a tweet on Monday evening, confirmed the transfer, saying that there are lawyers there working to secure Adene’s release.

We’ve confirmed that he was taken to Abuja today. I spoke to him earlier and he is okay.

Our lawyer is with him, his lawyer is also now in Abuja and many people are working to get him out as soon as possible. Will update when there’s any more concrete info https://t.co/WCEOgjwjuR

This comes few days after Inspector-General of Police, Mohammed Adamu, told all police formations across the country to ensure that there were no more protests across the nation, amid plans of resumption of demonstrations.

Many Nigerians have accused the Federal Government of witch-hunting #EndSARS protesters especially those who were in the frontliners organizing the demonstration.

The accusations were made after the Central Bank of Nigeria got a court order to freeze 20 bank accounts belonging to persons involved in the protest and when Nigeria Immigration Service stopped one of the protest frontliners, Modupe Odele, from leaving the country and seized her passport.