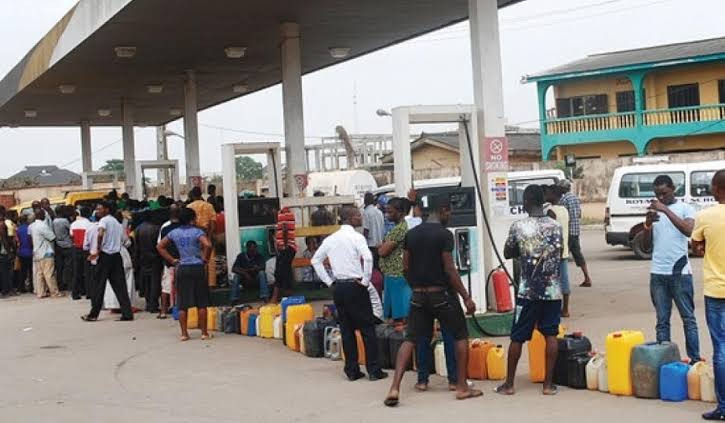 Petroleum and Natural Gas Senior Staff Association of Nigeria (PENGASSAN) has declared a nationwide strike, sparking fears of fuel scarcity in the country.

The order was issued in a letter, dated November 8, 2020, and signed by the General Secretary, PENGASSAN, Lumumba Okugbawa, which was also copied to the Central Working Committee members of the association.

Today, PENGASSAN has declared a strike. Today our members are sitting at home and we will continually watch the situation and if we need to increase it up, we will definitely do.

Osifo explained that the industrial action followed the inability of the Federal Government to address the issues raised by the oil and gas workers.

He stated that the union gave the government a seven-day ultimatum in a statement issued on Monday last week to respond to the issues.

One of the concerns, according to the PENGASSAN president, is relating to the action of a private oil company.

He accused the company of destroying PENGASSAN structure in its workforce, stressing that the management sacked literarily all union executive members and went ahead to lock members out for a very long time.

Another major issue facing the oil and gas workers is about the implementation of the Integrated Payroll and Personnel Information System (IPPIS) by the government, a platform for payment of salaries.

In his reaction, Osifo accused the government of negligence in the manner it was handling the issues, saying that has led the union to take the decision to go on strike.

He stated that the union made several attempts to resolve the issues raised as a result of the shortfall in workers’ salaries and arrears.

It is negligence on the part of the government representatives, that we are where we are today.

While the union said that it does not have a preference for any tool used by the government to pay salaries, workers’ remuneration must be paid without any shortfall.

Osifo stated that the arrears and allowances of some union members at the Petroleum Training Institute (PTI), Petroleum Products Pricing Regulatory Agency (PPPRA), Nigerian Nuclear Regulatory Authority (NNRA), and the Department of Petroleum Resources (DPR), were ceased sometimes in the year.

He said in view of these and other complaints, the strike will continue until the Federal Government addresses them.