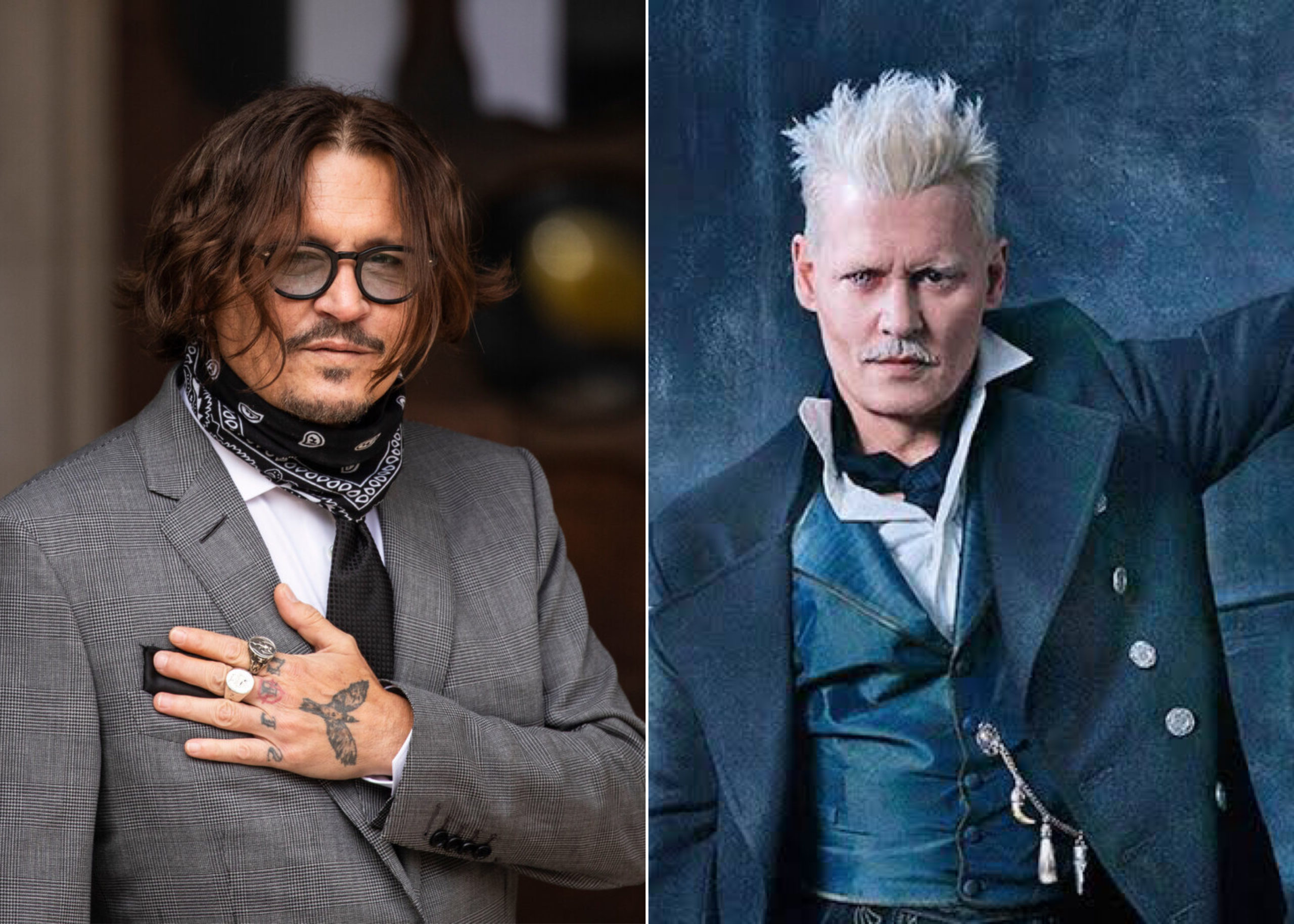 Johnny Depp has announced that he is stepping down from his role in the Fantastic Beasts film series “in light of recent events”.

In 2018, the actor’s involvement in the Harry Potter spin-off sparked a libel case where he sued News Group Newspapers Ltd (NGN), publishers of The Sun newspaper for describing him as a ‘wife-beater’ in a column which featured his estranged wife, Amber Heard.

The article, which was published in April 2018 and written by executive editor Dan Wootton, was titled “Gone Potty: How can J K Rowling be ‘genuinely happy’ casting wife beater Johnny Depp in the new Fantastic Beasts film?”.

This led to the $50 million lawsuit, during which Heard, 33,  provided evidence to support her allegations of abuse in court filings, including photos of her with bruises on her face and scars on her arms.

Read Also: Johnny Depp’s Ex-Wife, Amber Heard Admits To Hitting, Pelting Him With Pots And Vases In A Leaked Audio

Depp denied the abuse and stated that it was Heard who was abusive toward him during their marriage, which she even admitted to in a leaked audio recording.

The lawsuit said Depp had suffered financial losses and his career has suffered as a result of the accusations, including being dropped from the Pirates of the Caribbean film franchise.

However, earlier this week, the Depp lost the lawsuit against NGN, with the judge saying;

The claimant [Depp] has not succeeded in his action for libel … The defendants [the Sun and News Group Newspapers] have shown that what they published in the meaning which I have held the words to bear was substantially true.

The recent court ruling and the past events have now led to the resignation of Depp from the franchise.

The US actor previously appeared in the title role of Fantastic Beasts: The Crimes Of Grindelwald and was due to reprise his role in the follow-up film, which had been slated for release in 2021.

He is understood to have earned £15.2million ($20million) for each film he appears in.

Giving reason in a statement posted on Instagram, Depp explained that he is leaving the series, at the request of the production company Warner Bros.

In the statement, he wrote:

In light of recent events, I would like to make the following short statement. Firstly I’d like to thank everybody who has gifted me with their support and loyalty. I have been humbled and moved by your many messages of love and concern, particularly over the last few days. Secondly, I wish to let you know that I have been asked to resign by Warner Bros. from my role as Grindelwald in Fantastic Beasts and I have respected that and agreed to that request.

Finally, I wish to say this. The surreal judgement of the court in the UK will not change my fight, to tell the truth, and I confirm that I plan to appeal. My resolve remains strong and I intend to prove that the allegations against me are false. My life and career will not be defined by this moment in time. Thank you for reading. Sincerely Johnny Depp.

Read his statement below; 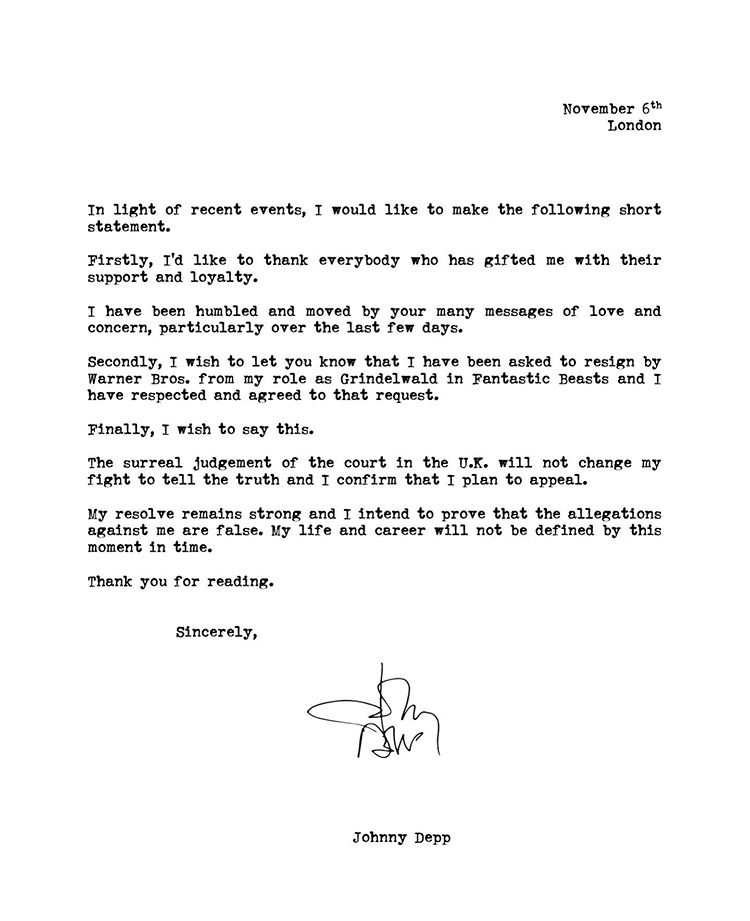 In their own statement, Warner Bros announced their intention to recast the role of Grindelwald, saying:

We thank Johnny for his work on the films to date. Fantastic Beasts 3 is currently in production, and the role of Gellert Grindelwald will be recast. The film will debut in theatres worldwide in the summer of 2022.

Johnny’s initial casting in the Fantastic Beasts series was met with a backlash, due to allegations of abuse that had been made by his ex-wife, Amber Heard, which he has always denied.

JK Rowling, author of ‘Fantastic Beasts and Where to Find Them’ book which the franchise adapted, was yet to comment on Depp’s removal from the role but previously defended the actor’s role in the Fantastic Beasts franchise.

The news could see Depp lose several other endorsements, including his lucrative $5million Dior deal to be the face of their popular cologne Sauvage.

Rapper, King Von Dies At 26 After Being Gunned Down In Atlanta Shooting

Fans Raise Concern For Johnny Depp After He Appeared Pale…