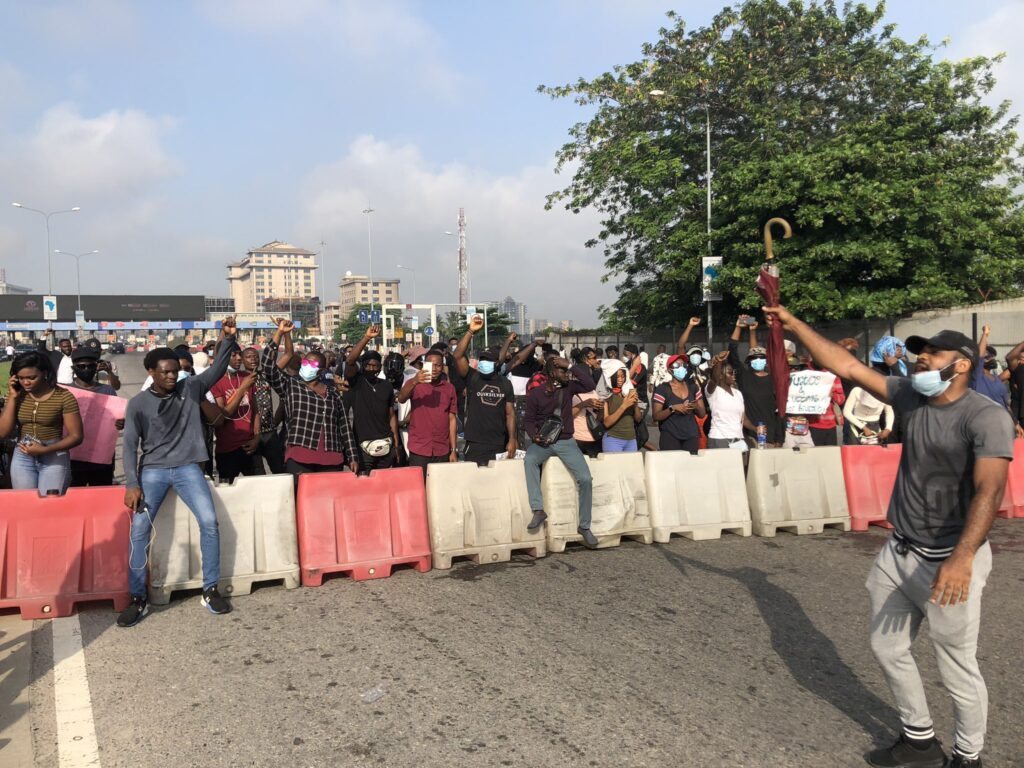 Brig. Gen. Ahmed Taiwo, Commander of 81 Military Intelligence Brigade, Victoria Island, Lagos State, has said the military was not informed of a change in time of the curfew imposed in Lagos State by Governor Babajide Sanwo-Olu before soldiers were deployed to Lekki tollgate on October 20.

General Taiwo spoke when he appeared before the Lagos judicial panel of inquiry on Saturday, November 14 while testifying about what happened at the tollgate on the night of the fatal shooting of peaceful #EndSARS protesters.

It would be recalled that Babajide Sanwo-Olu, around 12pm announced a 24-hour curfew on October 20, with effect from 4pm of same day.

However, few hours to 4pm, the Governor announced again that the time was changed to 9pm, in order to give Lagosians enough time to return home.

Subsequently, which was few minutes before 7pm, men in army uniform arrived at Lekki tollgate where peaceful #EndSARS protesters were sitted on the floor, waving National flag and singing the National Anthem.

The security operatives, according to Instagram live stream and short videos shared on social media by eyewitnesses, shot brutally into the crowd of protesters, killing and injuring them.

However, there has been controversy over the number of fatalities and if soldiers shot the unarmed protesters dead.

Giving an explanation of what happened at the Lekki tollgate on October 20, General Taiwo maintained that Sanwo-Olu invited the army to restore order after the #EndSARS protests degenerated into crisis.

He expressed that against the background of burning of police stations, looting of arms, killing of policemen, blockage of roads and extortion of money from innocent citizens by hoodlums, inviting the military was the best decision Governor Sanwo-Olu, could have taken

Showing the panel the footage of a scene where a mob killed someone, set the body ablaze and hoodlums were talking about sharing body parts, the officer said the anarchy was like that of Liberian war.

These scenes are reminiscent of the Liberian Civil War when the fighters believed that once they consume human body parts, they would be fortified, they would be strong.

It was these incidents that made the Governor of Lagos State ask for military intervention and in my opinion, that was the correct thing to do since the police had been overrun and policemen were fighting for their dear lives.

Lagos governor has been under fire since the incident at the Lekki toll gate which has been condemned by local and international civil rights organisations.

The situation was so dire and they wanted everyone off the streets. If you like, sleep in your office; if you like, stay at home if you are near your house, but get off the streets and let us deal with the criminals and hooligans.

Be that as it may, the Nigerian army deployed immediately to forestall further violence and loss of lives.