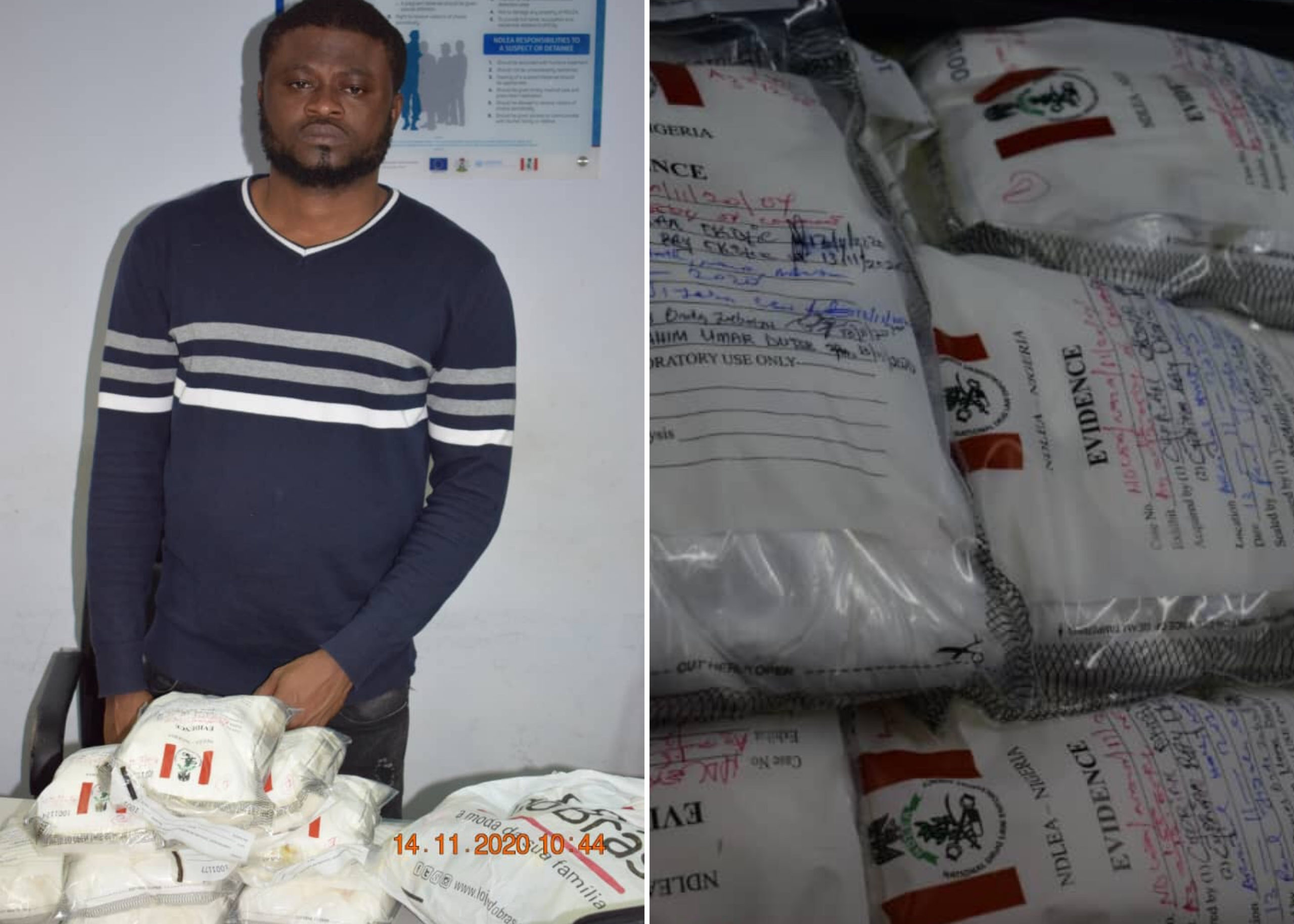 NDLEA spokesman, Jonah Achema, who confirmed the development in a statement on Thursday November 19, said the drug was carefully packed in sachets of pineapple and lemon flavor and concealed in a suit case. 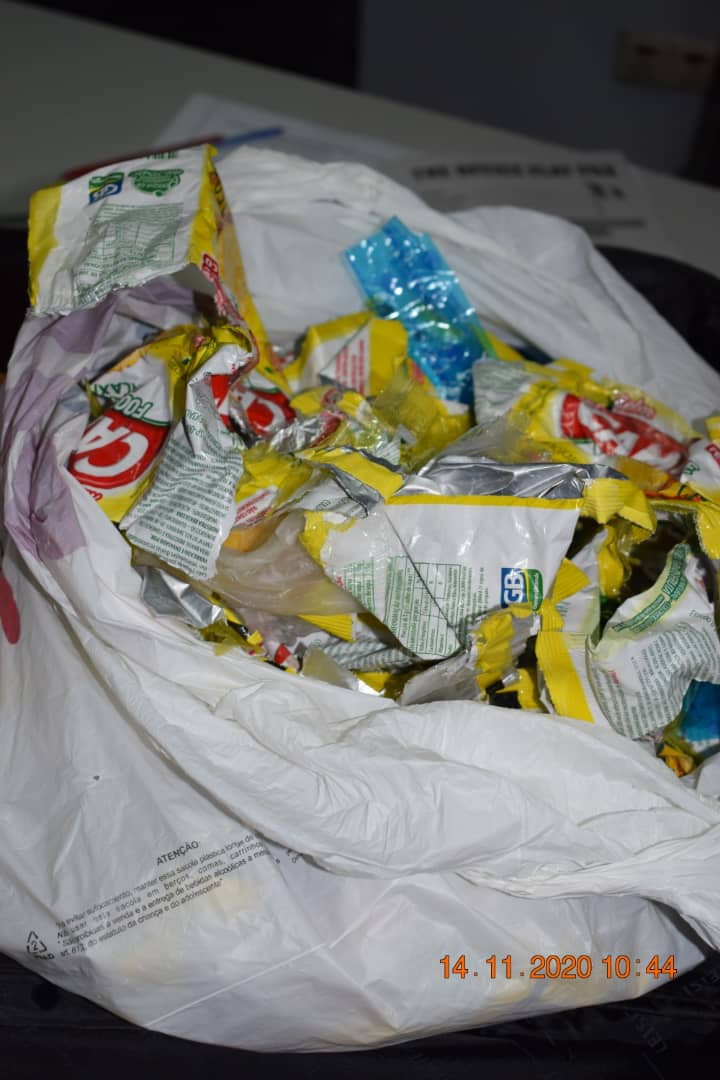 Okorie had already claimed his luggage upon arrival and proceeded to NDLEA screening point where it was detected that one of his bags was stuffed with prohibited drugs suspected to be cocaine.

He claimed that the drug consignment was given to him to deliver in Nigeria by one Uche whom he met in Church in Brazil about three months ago through a friend. Okorie said Uche overheard him talk to his friend about his impending trip to Nigeria.

On his part, the suspect, Raymond said;

I actually did not have knowledge of what is in the bag. Oga Uche brought the suit case to me at the airport just an hour before flight take-off. This short interval did not give me the opportunity to scrutinize the bag.

Raymond, a school certificate holder has been a resident of Sao Paulo since 2015 where he worked as a technician in brass installation center.

I had to leave my bicycle spare-parts business in Nigeria for greener pasture in the USA but opted to travel through Brazil, Mexico to America. My journey was aborted in Mexico from where I was returned to Brazil where I was granted asylum.

Kabir Sani Tsakuwa, NDLEA Commander, Abuja Airport noted that the 12.05 kilograms of cocaine is one of the highest quantity seized by the Command in recent times.

We promise all travelers who involve themselves in drug trafficking that they will not escape our drag net. We will continue to sustain our vigilance.