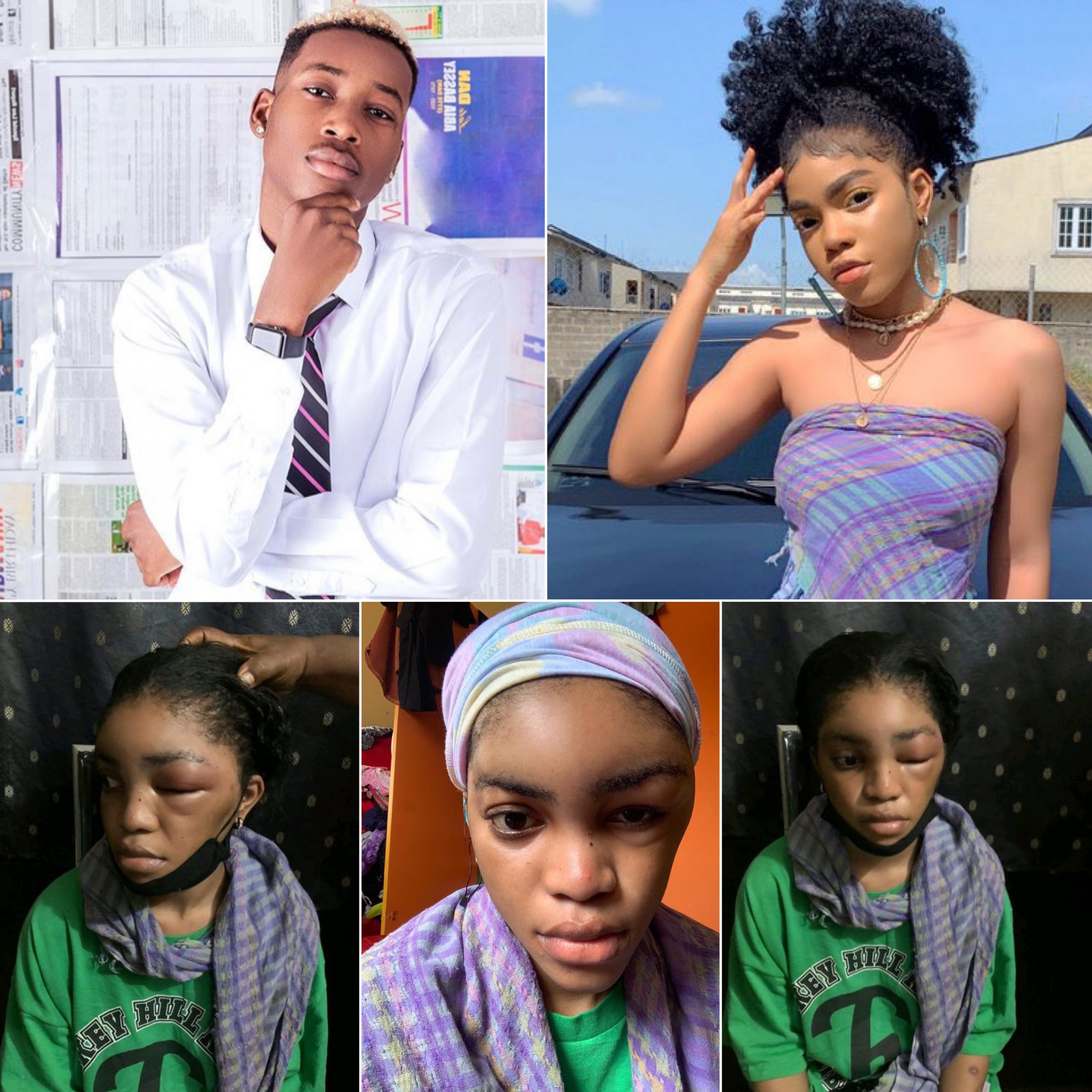 It would be recalled that the rapper was called out by his girlfriend’s manager and brother, Michael, about a month ago for assaulting her.

According to him, Lil Frosh was fond of apologising to Camille after every assault incident.

Michael also shared photos of Gift’s bruised body as well as screenshots of Lil Frosh’s chat where he threatened the young lady after every act of physical abuse.

The artiste has now denied the allegation while fielding questions about the assault on podcast show, ionwannatalkpodcast.

According to Lil Frosh, Camille’s swollen face was caused by an allergy, stressing;

I didn’t do it! I didn’t do it! She’s my girlfriend. She called me that she noticed that she was having a boil at the back of her ear. She said maybe it is an allergic reaction. She called me days later and said that thing is getting worse and I said what? She said the boil…she was sending me the photos day by day…it happened for seven days.

Following the allegation levelled against him, his record label he was signed under, DMW, owned by Davido, terminated his contract on Tuesday, October 6.

The label said domestic violence is not a matter that should be trivialized and it will never support or condone such behaviour.

It added that it has conducted its investigation into the accusations and decided to immediately terminate Lil Frosh’s contract.

Watch a video of the Lil Frosh’s interview below;

Lil Frosh says he never laid his hands on his girlfriend. What do you guys think? ✌ pic.twitter.com/OixebrQ46m

Man Recounts How EFCC Operatives Wrongly Labelled Him A Fraudster, Arrested And Detained Him For Three Days In Ogun

Monogamy Is Unrealistic, I Can’t Be Exclusive To One Person…