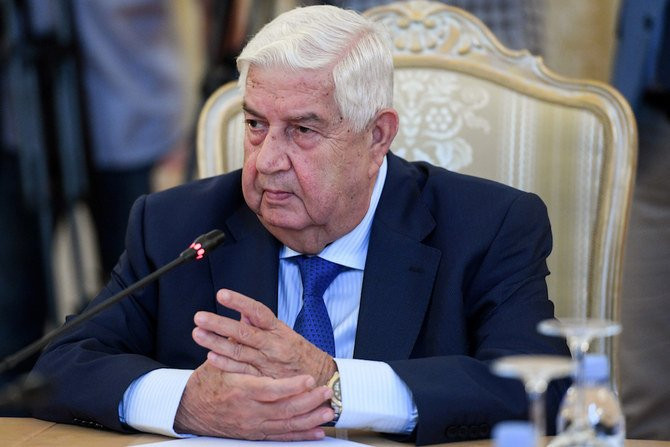 Syrian Foreign Minister, Walid Muallem, a stalwart of Bashar al-Assad’s regime who held his job through a decade of conflict and several reshuffles, has passed away on Monday at 79.

The veteran diplomat, who had been foreign minister since 2006, started his career in the diplomatic service in 1964.

In 2012, a year after Syria’s deadly conflict started, he was also made deputy prime minister.

The government announcement did not specify the cause of his death but his health was understood to be deteriorating for some time.

His last public appearance was at the end of last week in Damascus for the opening of a conference on refugee returns. He looked weak and was helped into the hall by two men.

In press conferences, he was known for his mocking stances against the West, which he accused of conspiring to start Syria’s conflict.

He was targeted by US sanctions as early as August 2011, less than six months after the eruption of protests demanding regime change — demonstrations that the Syrian authorities brutally repressed.

Washington at the time stated;

Muallem has continued to beat this drum of international conspiracy and has attempted to cover up the regime’s horrific activities by making claims that terrorists or others were responsible.

During more than half a century in the foreign service, he held posts in Tanzania, Saudi Arabia, Spain and the United Kingdom, among other countries.

He was appointed ambassador to Romania in 1975, five years after Bashar al-Assad’s father Hafez came to power.

Muallem was Syria’s envoy in Washington throughout the 1990s and also led Damascus’ peace talks with Israel during that same period.

He is survived for three children.