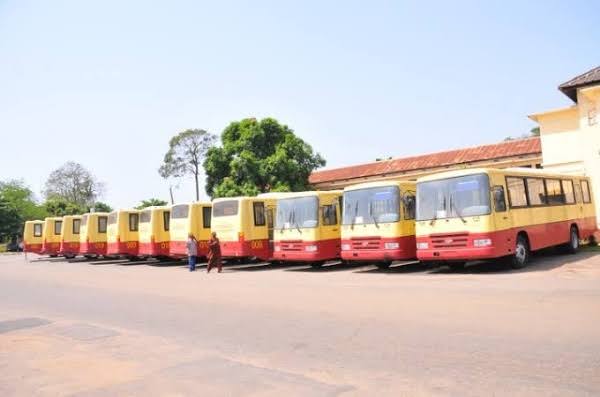 Moji Danisa, Media Consultant to the Chairman Pacesetters Transport Service, Oyo State, has responded to critics opposed to the N9.3bn approved by the state Governor, Engr. Seyi Makinde to boost effective transport system in the state.

Progress and development is what citizens want from their leaders and when a true leader of the people embarks on extensive developmental drives, there are always elements of destabilisation who form a clog in the wheel of progress.

Usually, they are inconsequential nonenities who should be brushed aside but for keeping records straight, one is forced to respond to them for the sake of the public.

Since the Oyo State Governor, Engr Seyi Makinde rolled out his latest developmental resolutions which included massive Infrastructural investments and the beefing up of the state transport service to make life easier for citizens, some enemies of progress have been popping their heads to make baseless, misleading and highly criminally libelous pronouncements, with the aim of inciting the public against the government of Seyi Makinde.

However, they have failed in their quest of spreading bad blood amongst the citizenry.

The governor has gained enough trust in the people, by his works and great achievements in such a short time he has been governor, that the people can now separate wheat from chaff and are well aware that these characters who come in the guise of social commentators are actually cheap agents paid to do the dirty job of the opposition.

It therefore did not come as a surprise that an unknown rabble rouser by the name of Fatai Adesokan who claims to be a chieftain of the APC has been on radio telling outright lies.

Adesokan on IBR 92.5 FM made some very confounding and highly defamatory allegations which if pursued further will land himself and the Radio Station in hot soup if litigation is instituted.

Among other blatant lies, Adesokan told Aanuoluwapo Omorinde on the political radio show, ‘Bottomline’ were allegations that some Ajimobi buses and generator sets were missing. He pointedly accused the most hardworking and innovative chairman the state transport service had ever had, Dare Adeleke, of being involved in the disappearance of the said buses and generators.

Without due diligence, without any investigations, Adesokan has proved himself a man without character who is reckless and rough in speech. For one, if he had done his investigations or even tried to ask anyone within the premises, he would know that Ajimobi did not buy any generator for the Pacesetters company all the years he was Governor. Adesokan’s missing generators is phantom, non existent and a lie concocted by a very devious mind.

The truth is that what the Seyi Makinde team met on ground, was the generator purchased in the 1960s during the time of the Western Region.

It is only now, with Dare Adeleke as Chairman that a good Leister generator was purchased.

Other things he said which must be clarified include the existence of buses left by the Ajimobi administration. Perhaps we should call them ghost buses because they did not exist. Whatever was left by Ajimobi were grounded buses of which the new government and chairman, Dare Adeleke resourcefully repaired and they were less than 24. Indeed if the state government were to depend on the carcass transport system left by Ajimobi, buses which were so bad they could not even be used for elections by the same Ajimobi, then the people of the state would have suffered a lot, as there would have been no state transport. Today, there are 50 buses in the Pacesetters fleet. All these are facts on ground that Adesokan willfully and woefully neglected in his bid to discredit the state government.

Speaking about employment and his claims that the state buses would be a de-service to the commercial Micra buses, shows that Adesokan knows nothing about commerce let alone governance. If he is trying to whip public resentment against the government, he fails again because the bus owners are better thinkers, higher than his shallow reasoning and can see through him. The fact is that every good government places high premium on transportation and there can never be enough especially in a bustling town like Ibadan.

Just as Lagos State has the BRT which supplements the private transport sector, Oyo has the Pacesetters which until now, because of the huge neglect by the past government, was grossly inadequate. If the cerebrally vacuous Adesokan cares to admit he would have internalised the fact that while Micra buses collect N100 per trip, the Pacesetters charge only N30 – N70 depending on distance. It is part of government’s promise to provide affordable transportation to the people at highly subsidised rate.

While the citizens are jubilant over the approved 106 buses to be added to the state’s fleet, petty minds are raising silly accusations.

As said before, their nuisance value may be next to nothing but it is very important to set the records straight at every point for the benefit of the people who the government serve not necessarily because of the likes of low brained Adesokan.

Comparing the cost of the buses with that of Lagos State, is where Adesokan shot himself in the foot. If he was smarter, he would not have mentioned that at all. It is only a dumb mischief maker who will put two comparables that do not favour his assertions.

Here are the facts: Lagos has publicly announced that it purchased it’s buses at $200,000 and $100,000 each. They calculated 50 buses at a total sum of N5bn and they were purchased when the exchange rate was N350 to a dollar.

Anyone who cares to do a rough calculation will be amused at how Adesokan came to his ridiculous conclusion.

Noteworthy also is the fact that unlike Lagos, Oyo is not going to purchase refurbished Made -in -China buses.

Adesokan perhaps has no grasp of simple mathematics. I would advice him to either re-think his spurious, reckless utterances or go back to school to know simple arithmetic.

By Moji Danisa, Media Consultant to the Chairman of Pacesetters Transport.