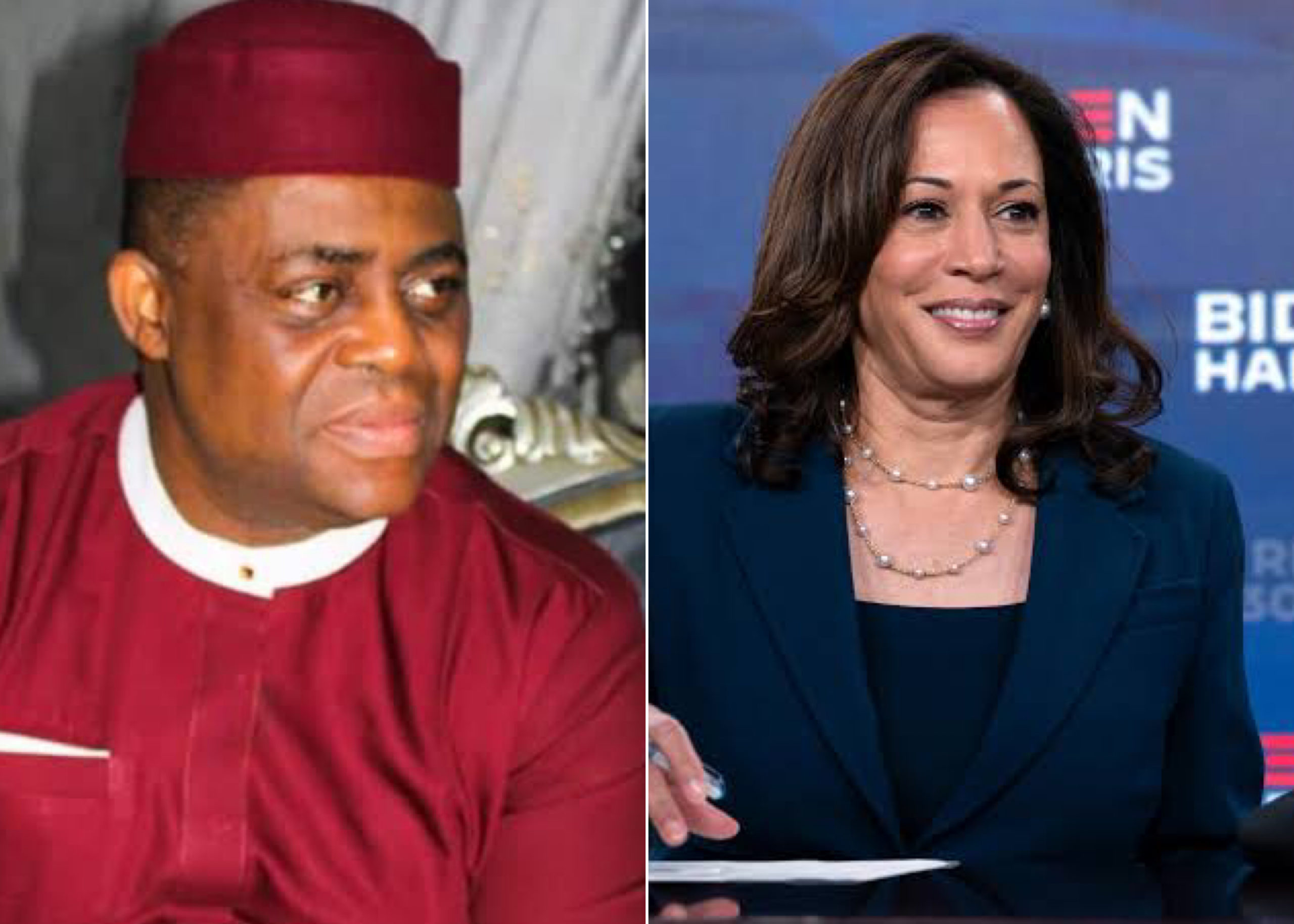 He made the comment on Monday while expressing his disappointment again over the outcome of the United States presidential election via his Twitter page.

FFK, who is an unapologetic supporter of incumbent President Donald Trump who lost the election to Democrat Joe Biden, had on Saturday said it was not over yet for the Republican candidate until US Supreme Court decide on result of the election, despite Biden being declared winner by US media.

Fani-Kayode, however, lauded Russian President, Vladimir Putin, for waiting for the official results before congratulating the winner of the keenly contested poll.

Harris, who is the first female, African and Asian-American vice-president-elect in the history of America, has been praised locally and globally by social and political figures including former Nigerian President, Olusegun Obasanjo, who said she has the Nigerian DNA.

FFK however thinks differently about Harris, tagging the VP-elect a ‘Jezebel’ in a tweet on Monday.

Jezebel, a biblical character who was the wife of King Ahab, who ruled the kingdom of Israel.

According to the Biblical narrative, Jezebel, along with her husband, instituted the worship of smaller gods, Baal and Asherah. Subsequently, she violently purged the prophets of God from Israel.

This however drew the ire of many Nigerians on Twitter, who slammed the ex-minister for resorting it to name-calling over political differences.

I hope you people are seeing the amount of tweets talking down Kamala Harris. Calling her Jezebel and saying she slept her way to the top. I doubt we’ll be seeing any of that if Biden chose a male VP cuz some people actually believe a woman can’t get to higher places on her own.

Femi Fani-Kayode could know Jezebel if he saw her, But he could not recognize a good wife so he can marry after a hattrick of marriage! pic.twitter.com/Wl2fvzUqhk

You know Jezebel when you see one yet you fell for many of them in your marriages???. May God deliver you.

I’m not a fan of Trump nor Biden either,but my question is this sir,The Angels that has been ruling us here in Nigeria which you were once part of,how far have they gone in improving lives of the citizens? D devil dat prioritize the welfare of the Citizens is better

So disrespectful to call someone’s mother and wife a Jezebel! No matter our political inclination, there are certain words or statement that shouldn’t be used to address women mostly responsible mothers!

Anyways, it takes a devil to recognise a Jezebel by mere looking into d eye…. For me, I see @KamalaHarris wit those great m motherly smile😁….u can kick d rock for all I care.

Dear chief FFK, I think it’s okay not to be part of the support base of the POTUS-elect and his vice, it’s your right. But resorting to name calling in that regard isn’t statesmanly. The choice Americans have made unprecedentedly must be respected.

@realFFK abeg just keep quiet at this point.
We know say the result shock u, now allow the thing play out.
Thank you.

I m highly disappointed in you sir….this is totally uncalled.

Man is looking for every available avenue to bring out his head from his sinking political career.
Man wanna stay relevant at all cost that’s why he uses any kind of word to pass his frustration.
Man gats trend else he might die. This man here is a figure never to emulate.

When a man suffers from a string of bad marriages he begins to fancy himself a connoisseur of women, not wanting to believe that he is just what he is- a failure.

When I first saw this tweet,I keep telling myself that the account was hacked by 15year old drug dealer.Unfortunately it hasn’t been hacked
Prophet FFK

I know a drug induced hallucination tweet when I see one. FFK jumping from DT will prevail to KH Jezebel bla bla bla is a classic example.

Someone get this druggie’s stomach pumped urgently.

Chai. I still don’t understand why this man carry USA matter for head when our issues/problems in the country are in folds.

Sometimes I think there is a question mark on the sanity of this man. He just like to say something when it’s not actually needed. Make you get brain Sir. Beautiful nonsense