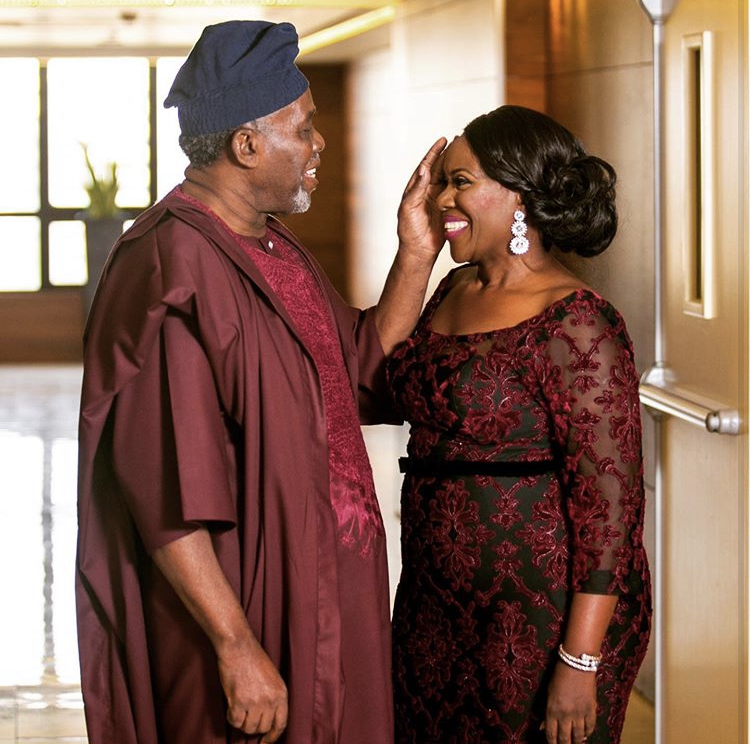 The multiple award-winning actress in an Instagram post noted that she forgot today is their anniversary but thanked God for the years she has spent with her sweetheart.

Olu Jacobs and Joke Silva met in 1981 and they are blessed with three children.

Speaking about the moment he first set his eyes on Joke Silva in an interview with ThePunch the veteran actor said he knew she was his wife immediately.

We were having a management meeting for a play, Wole Soyinka’s Jero Metamorphosis when a young lady walked in. Immediately she walked in, something inside me told me that she was going to be my wife and I told the people around me that I was going to marry her. That was in 1981. In 1986, we got married.

I was not in a relationship. I had a disappointment that kept me away and I never wanted any serious commitment because the wound was still raw but when I met her, we talked and played a lot and it surprised people a lot.

We travelled together a lot as well. When the time came, I did not hesitate and it was as if she was waiting for the question as well. I proposed to her in Tunisia because we were shooting a film, Ashanti. She came to join me there on her way to England and I asked her to marry me.

“You Are A Wealth Of Wisdom” – Veteran Actress Joke…