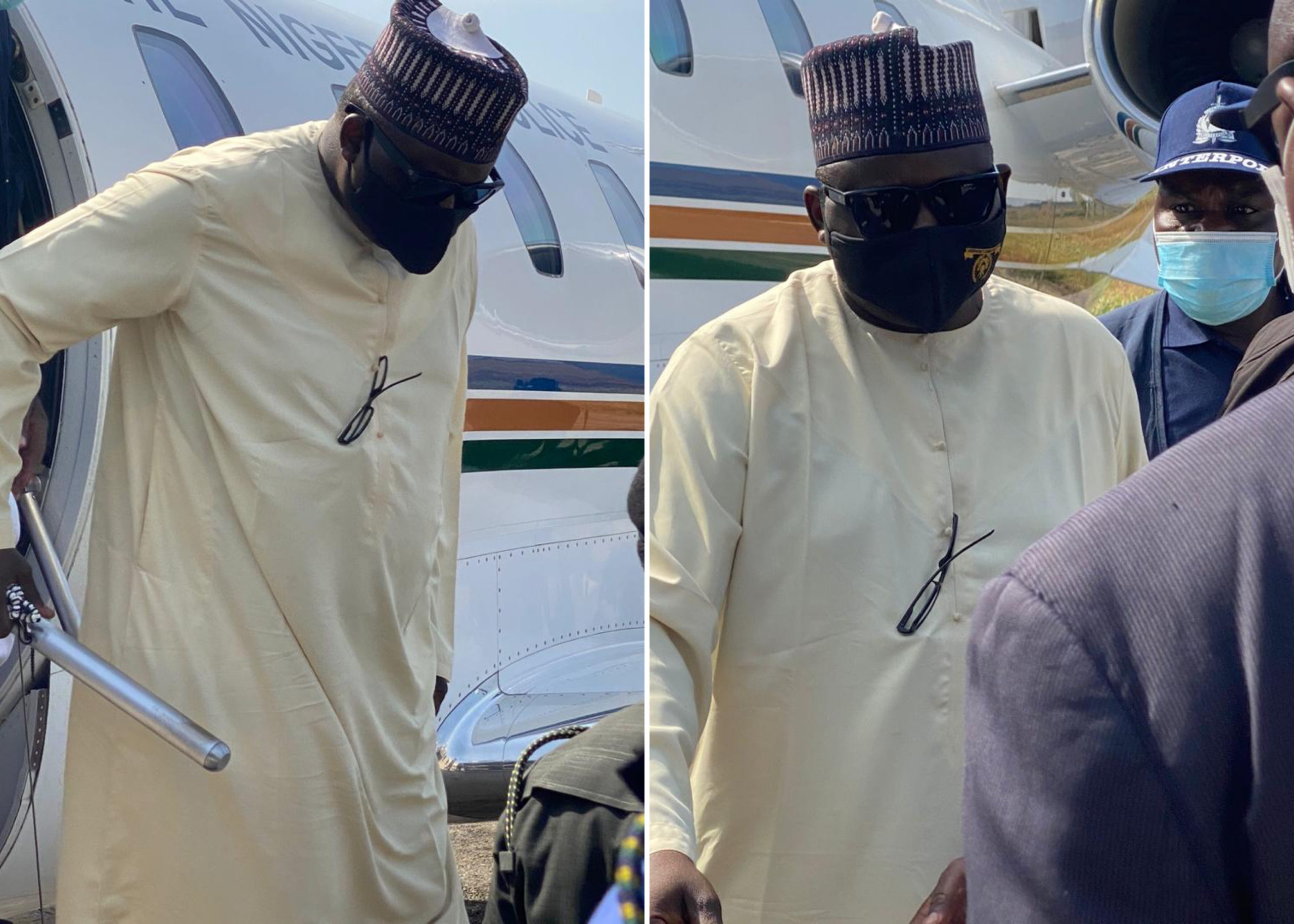 Abdulrasheed Maina, former chairman of the Pension Reform Task Team (PRTT), has been extradited to Nigeria to face his ongoing money laundering trial after he jumped bail and was arrested in Niger Republic on Monday.

He was received by men of the Nigeria Police Force at Nnamdi Azikiwe International Airport on Thursday. 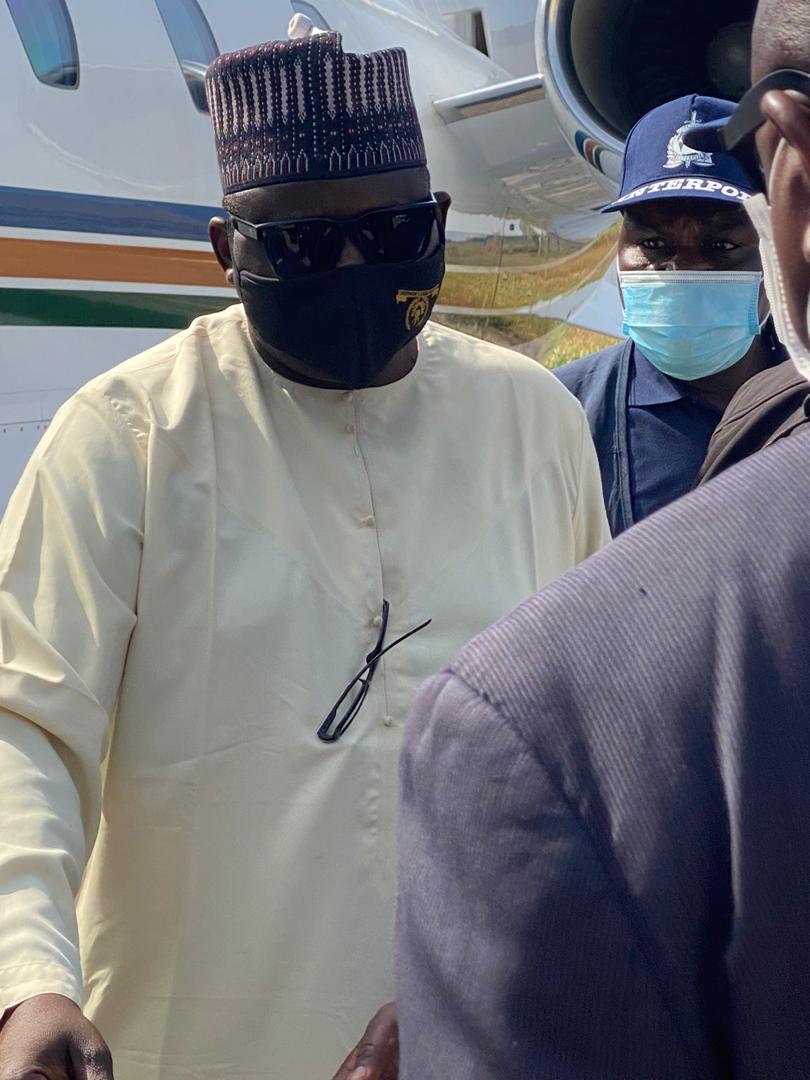 The aircraft carrying the former Chairman of the defunct Pension Reform Task Team landed at the Airport at 2.15 pm.

Maina is standing trial alongside his son, Faisal Maina for alleged money laundering to the tune of N2 billion.

Speaking with journalists, the Commissioner of Police in charge of Interpol said Maina was brought back to Nigeria on the directive of the IGP, Mohammed Adamu to face trial. 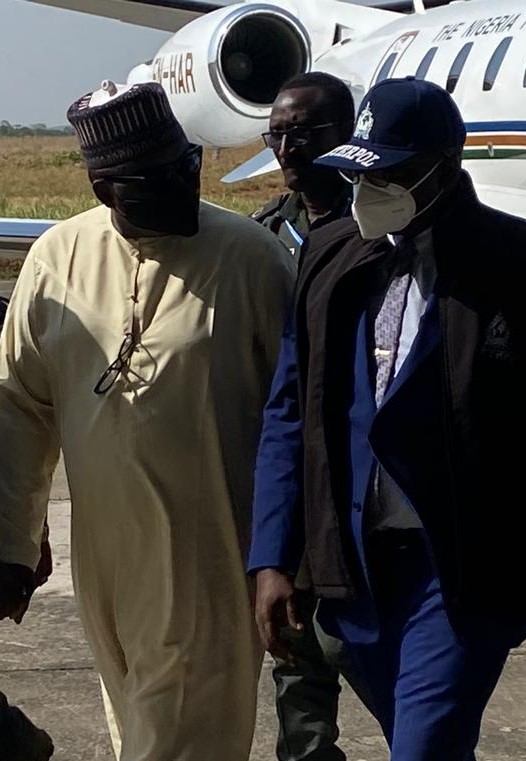 This comes few hours after Federal High Court in Abuja has granted the request by Adeola Adedipe, a defence lawyer in the trial of Maina, to be allowed to withdraw from the case.

However, on Thursday, the lawyer moved the application for leave to withdraw, which he filed on November 25, which Justice Okon Abang granted in a brief ruling.