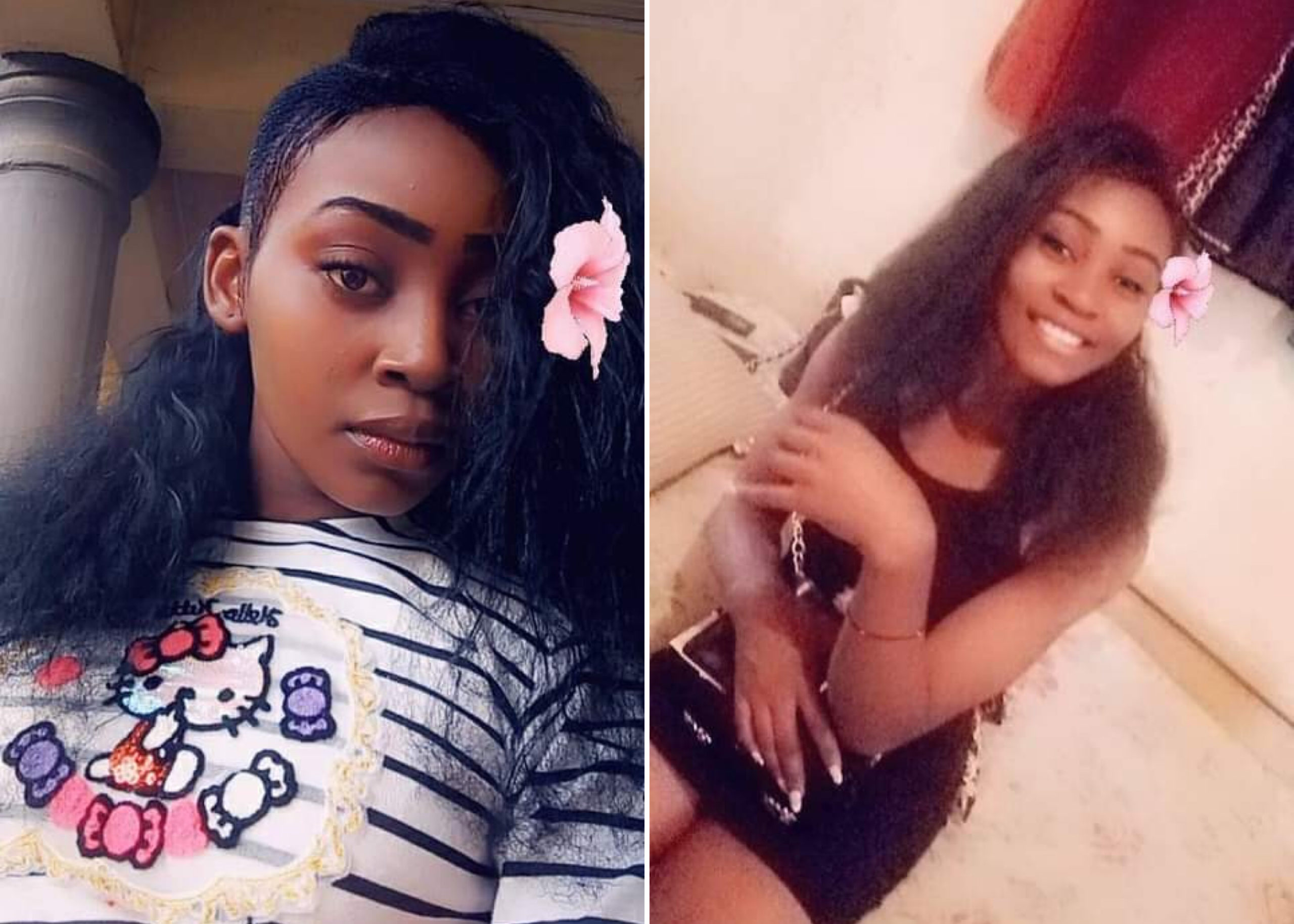 According to Ruth’s classmate, Ugochinyere Precious, who shared photos of the deceased on Facebook, the young lady was last seen alive was on Thursday, November 26, after writing one of her final exams. 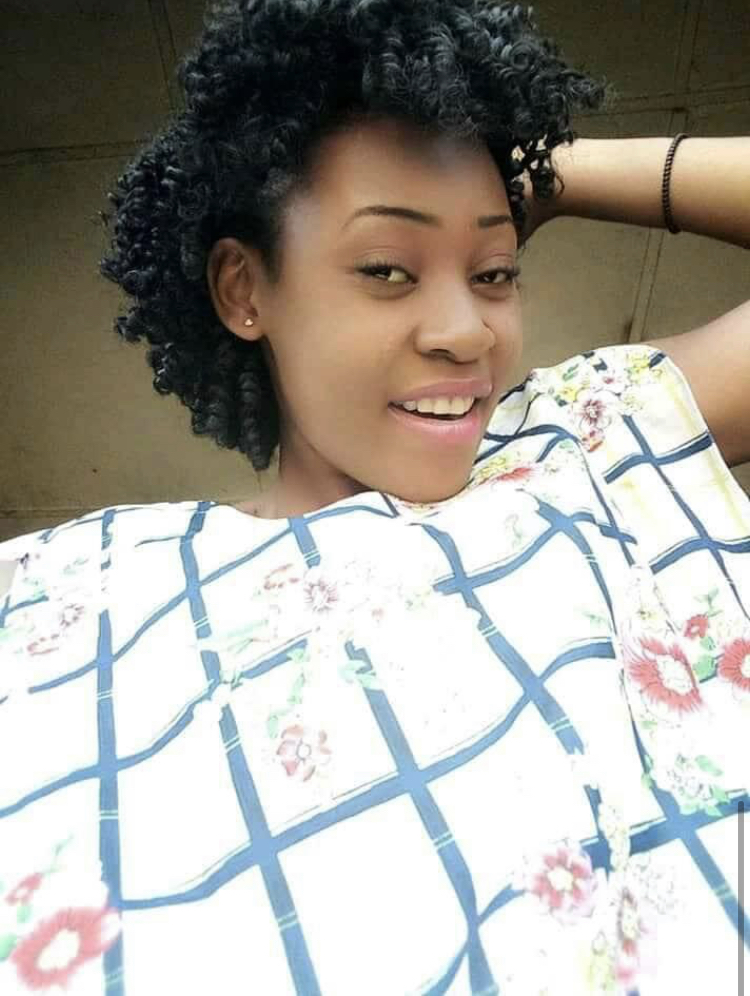 Just few days to be called a graduate, you were found dead. What a life!!! Very hard to believe you’re gone. Dearly course mate, we actually greeted each other after the exams we had on Thursday, we laughed and talked about many things, as finally GS exams was over.

Still like a shock to I and Chinenye because the three of us were heading down to the department. What a world. Just few days to be called a graduate, you were found dead. Oh God, why now? why now Ruth? 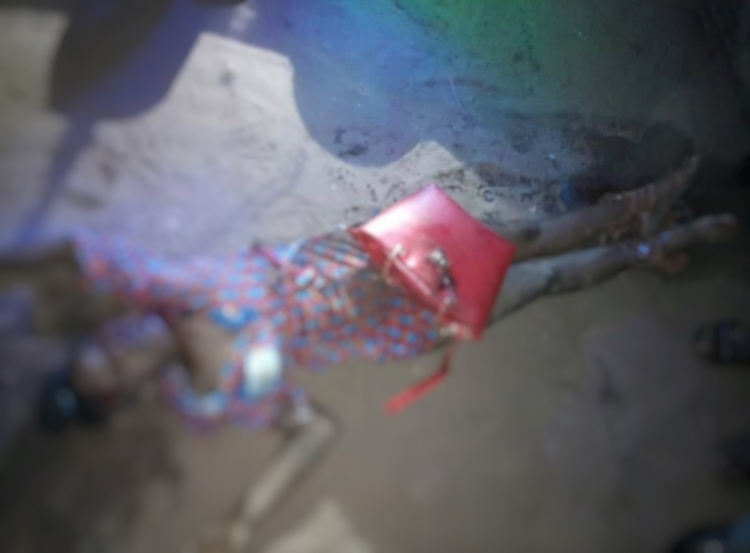 Friends and classmates have since taken to Facebook to mourn Ruth, calling for justice for her.

See more posts from other friends and classmates who mourned the death of Ruth below; 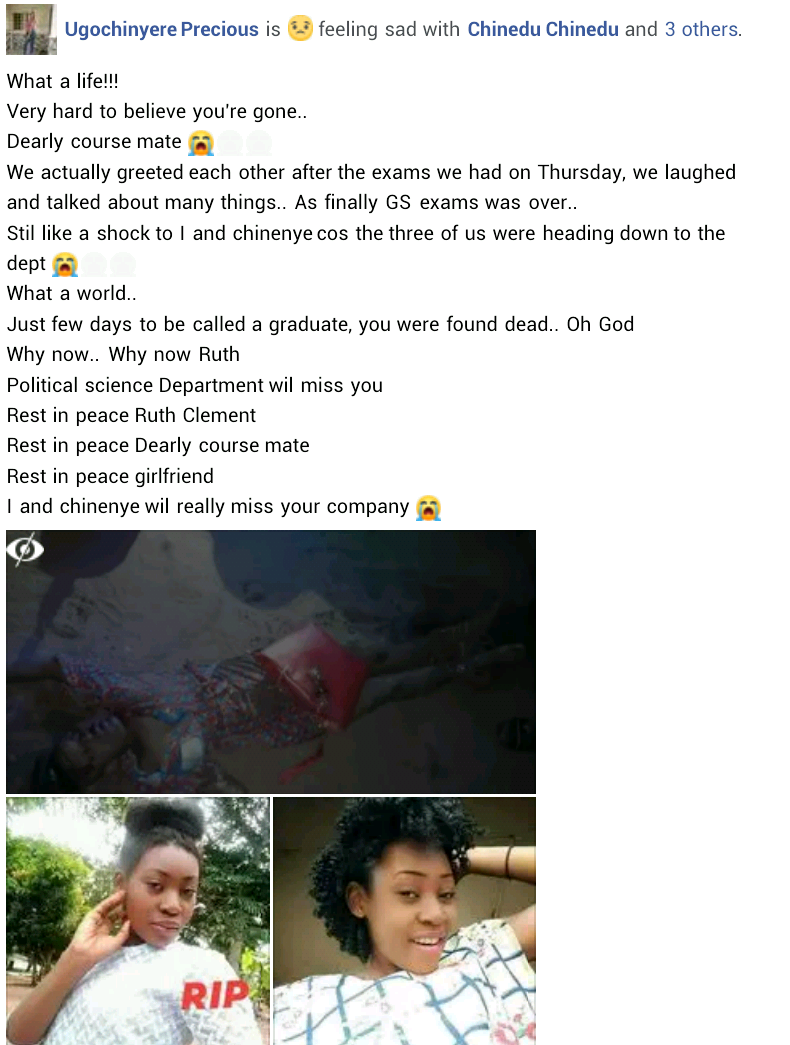 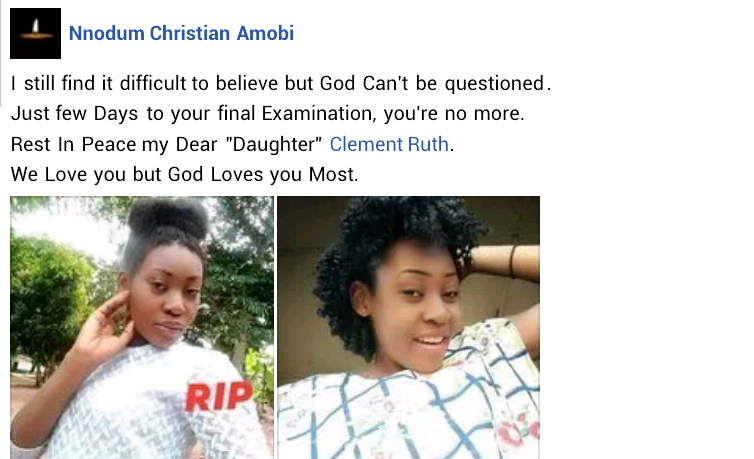 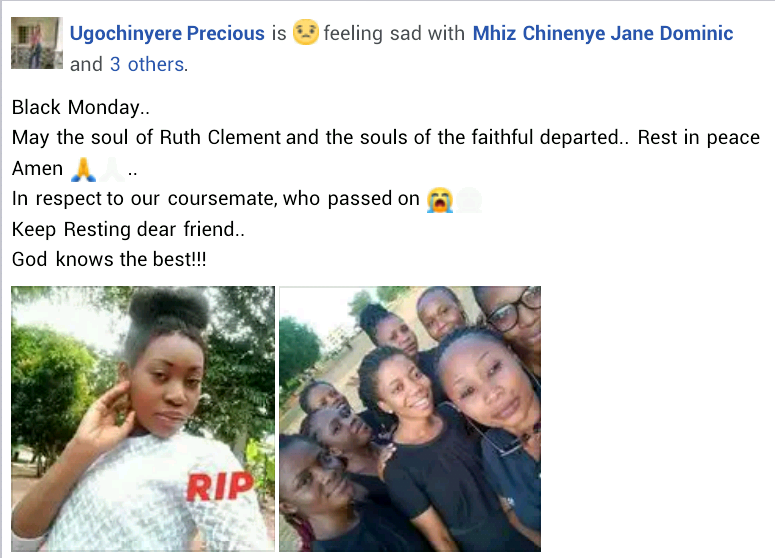 Man Arrested For Allegedly Pushing Girlfriend To Death From…