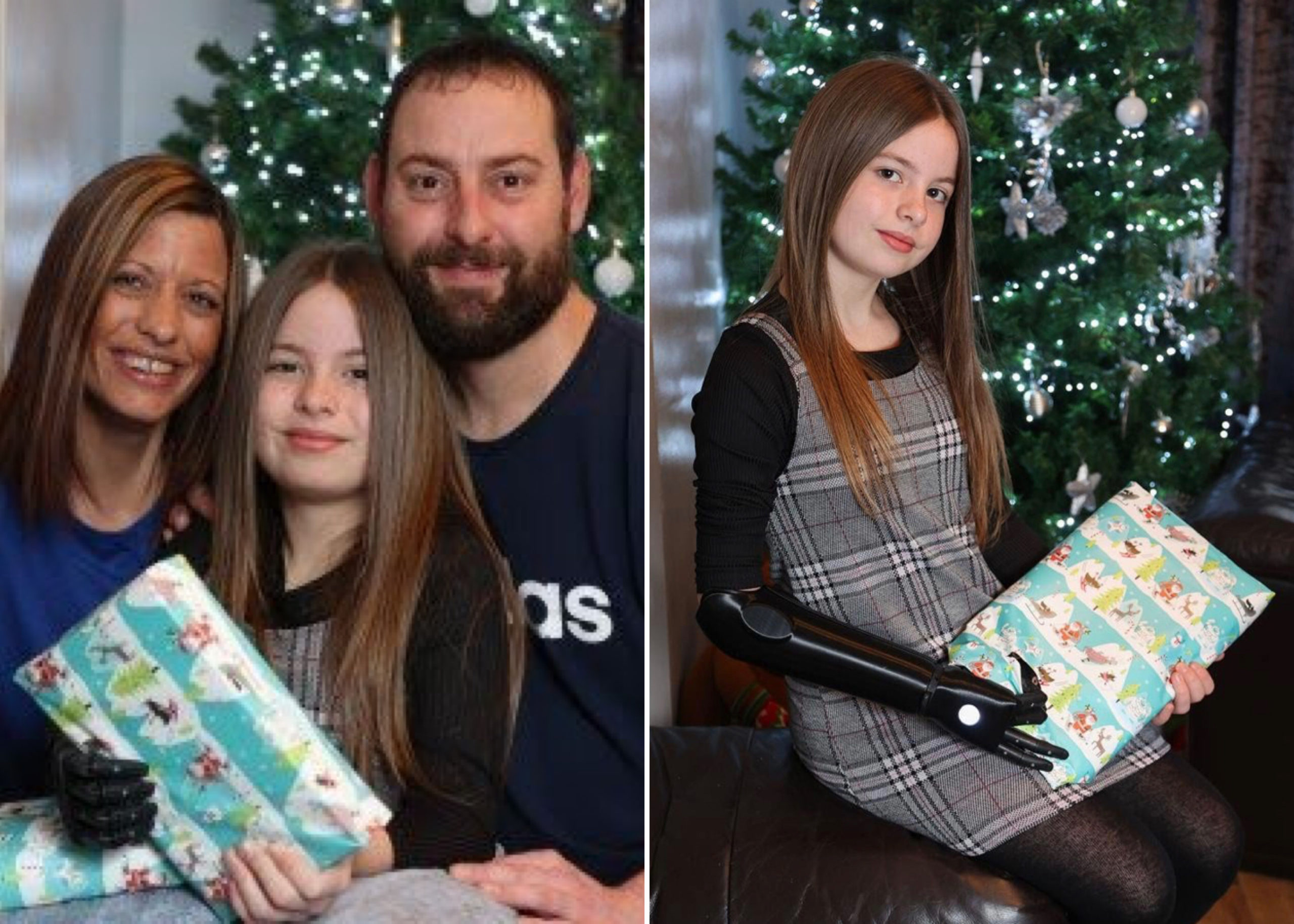 Through a generous donor and crowdfunding, a 10-year-old girl born without a right hand has been gifted a new £10,000 bionic arm just in time for her to open up her Christmas presents.

Bionics means the replacement or enhancement of organs or other body parts by mechanical versions. It implants differ from mere prostheses by mimicking the original function very closely, or even surpassing it.

The young girl named Lexi Pitchford has been left to struggle with everyday tasks like holding a pen or even tying her shoelaces due to her condition. 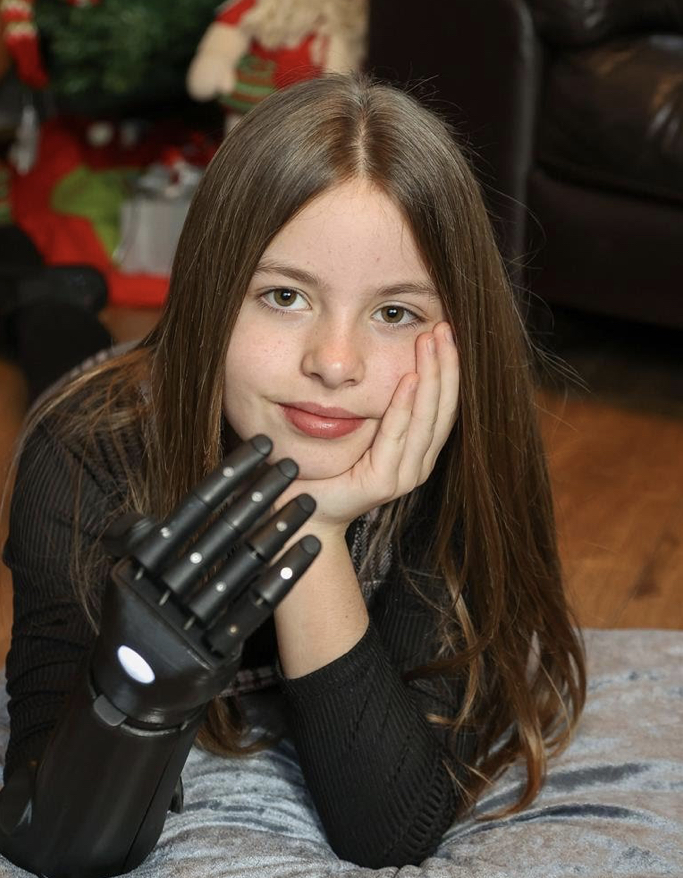 However, this year, she’s ticking off all the things she’s not been able to do before as she received a new bionic arm last month.

Her 38-year-old mum, Emma Mountford was looking into prosthetics earlier this year to help her daughter and came across Open Bionics’ ‘Hero Arm’ – a custom made multi-grip bionic limb that costs £10,000 (N5,101,199).

Lexi’s family started fundraising and, thanks to a generous donor, they smashed their target in less than 24 hours.

With that, Lexi has offered to help others in a similar situation by setting up a GoFundMe for her friend, Ruby Cuddy, 8, who is also missing her arm, to raise the funds so she can get her own in time for the New Year.

Lexi’s always been the last to get into her presents as she has struggled to get into them.

Now she has her bionic arm, she can’t wait to rip off the wrapping paper as quickly as her sister.

The arm has given her a massive confidence boost and a chance for independence. Hopefully, we can help bring that joy to Ruby too.

Doctors discovered Lexi’s arm was missing at Mountford’s 20-week-scan. After running tests, they found that the baby was completely healthy but her arm had not formed properly in the womb.

Mountford was closely monitored through the pregnancy until Lexi arrived safely on October 14, 2010 at North Staffordshire Hospital. 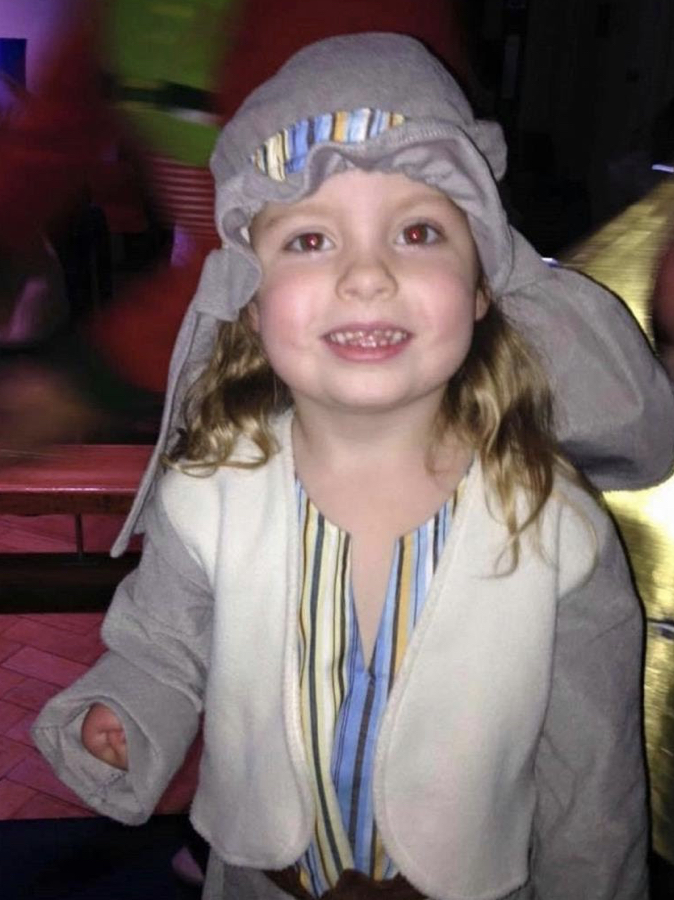 There was no rhyme or reason – Lexi just never developed the arm. When she was born she didn’t really notice but it has affected her more growing up.

Her balance wasn’t very good and she would ask why she was different to her sister.

Lexi has struggled to do things that would involve using two hands but has learnt to adapt. She previously found everyday tasks difficult – like riding a bike and brushing her teeth.

She had tried prosthetics in the past but found them bulky and preferred to go without but when Mountford noticed her daughter was becoming more self-conscious around her peers, she did some more research. 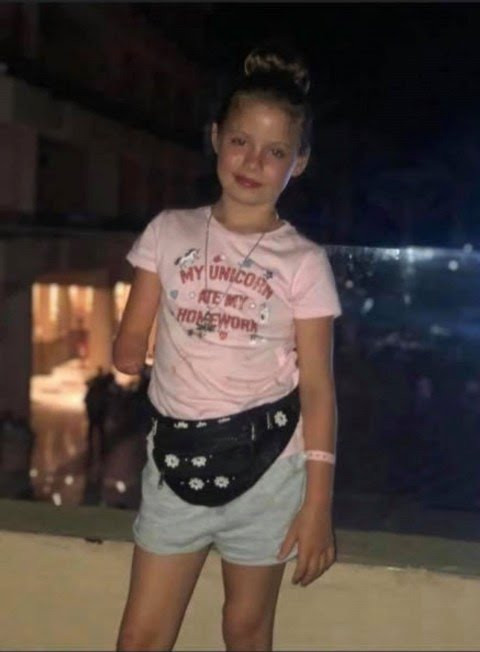 It was a scary time for us but the teachers were really understanding. She couldn’t join in with some things at school and PE lessons.

She’s at an age where she wants to try on make-up and wear pretty clothes, but started hiding her arm under long sleeves.

While researching better prosthetics, Mountford came across an advert for a company called Open Bionics who have created the ‘Hero Arm’.

The advanced bionic arm claims to be lightweight with multi-grip functionality and was an ideal fit for Lexi.

However, the only challenge was the price tag, so the family got to work raising the money through crowdfunding. 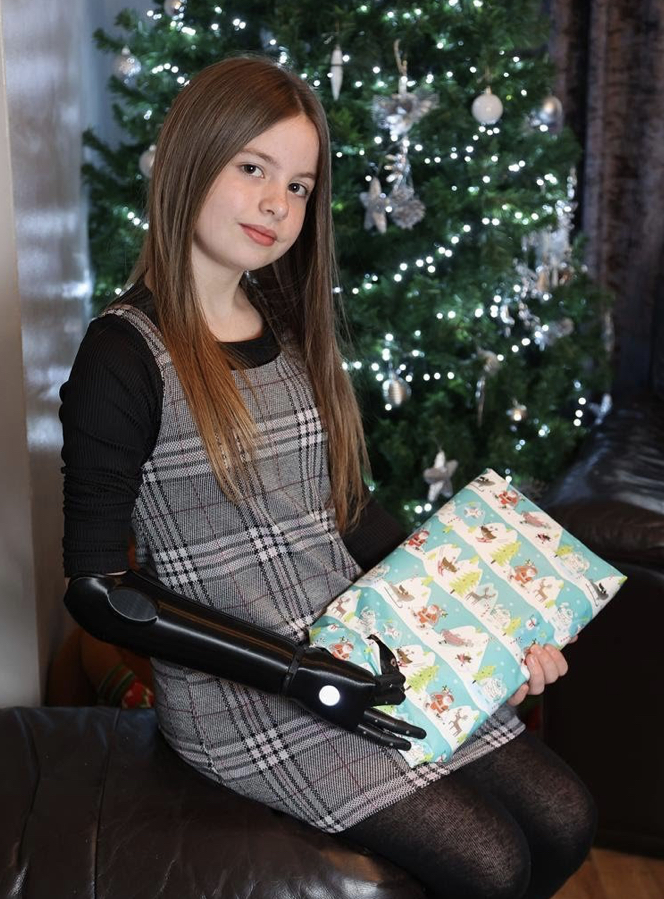 Lexi was lucky enough to receive a grant through the Open Bionic’s foundation and a generous donor.

Speaking about the donation towards the bionic arm, Mountford expressed;

The support we had was incredible – Lexi’s school held fundraisers and local businesses chipped in. The money was raised in no time – thanks to the kind donor.

Lexi’s arm arrived in November 2020 – just in time for Christmas – and Lexi has been enjoying using it.

She absolutely loves it and there were lots of smiles when she opened it. She is practising gripping pens and being able to hold cups.

Hopefully she’ll be able to grip cutlery in time for Christmas dinner.

The family was so overwhelmed with support they are now helping another little girl raise the funds to get her own ‘Hero Arm’.

WHO Against Mandatory COVID-19 Vaccines