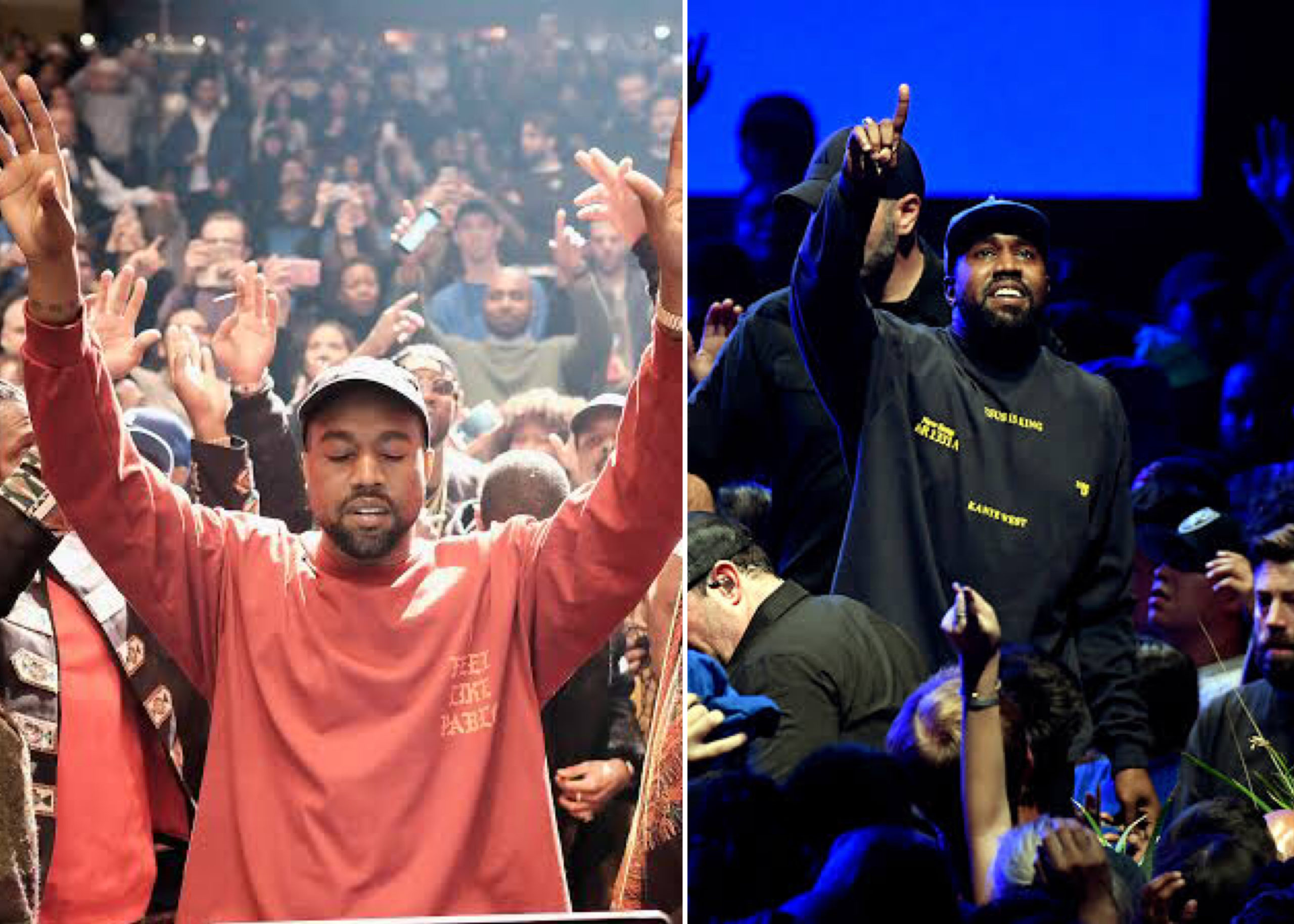 Although the American rap artiste started his career as a secular musician, he released his first Christian-themed album, ‘Jesus is King’ in 2019.

On the list of entertainers for the Top Gospel Artist chart, Kanye beat Kirk Franklin who snagged No. 2 spot, Tasha Cobbs Leonard at No. 3, Sunday Service Choir at No. 4, Travis Greene at No. 5, Marvin Sapp at No. 6, Kierra Sheard at No. 7, Koryn Hawthorne at No. 8, Maverick City Music at No. 9, and Jonathan McReynolds at No. 10.

As for Top Male Gospel Artist, Kanye beat out Kirk Franklin who sits at No. 2, Travis Greene at No. 3, Marvin Sapp at No. 4, and Jonathan McReynolds at No. 5.

In its report, Billboard said:

In its opening week on the Nov. 9, 2019, dated lists, the set earned 264,000 equivalent album units, the biggest week ever for a faith-based album. Since its arrival, Jesus Is King has spent more than a year at No. 1 and is the No. 1 album on the Top Gospel Albums year-end tally.

The No. 2 Christian Album of 2020 also comes from West’s world. Jesus Is Born, credited to the Sunday Service Choir (with production by West), finishes in the runner-up position. The album was released on Dec. 25, 2019. After just a day-and-a-half of tracking, Jesus Is Born entered Billboard’s Top Gospel Albums chart (dated Jan. 4, 2020) at No. 2 starting with 6,000 equivalent album units earned (3,000 in album sales) in the week ending Dec. 26, according to Nielsen Music/MRC Data.

Jesus Is Born peaked at No. 2 on Top Gospel Albums, not making it to the summit only because West’s own Jesus Is King LP was dominating at No. 1. Sunday Service Choir is also the leading gospel group of 2020.

Meanwhile, the lead track on Jesus Is King, “Follow God,” is the No. 1 song of the year on Hot Gospel Songs, which is powered by streaming, airplay and sales. “Follow God” has spent more than 40 weeks at No. 1.

Concurrently, it is the No. 1 song on the year-end Gospel Streaming Songs list and No. 2 on Gospel Digital Song Sales.

In addition, West’s “Wash Us in the Blood,” featuring Travis Scott, is the No. 4 Hot Gospel Songs title of 2020.

The song started at No. 1 on both Hot Gospel Songs and Hot Christian Songs on the surveys dated July 11. It reigned for eight weeks on the former and two weeks on the latter. It’s also the No. 1 song of 2020 on Gospel Digital Song Sales.

Few Years After Being In $53m Debt, Kanye West Becomes…