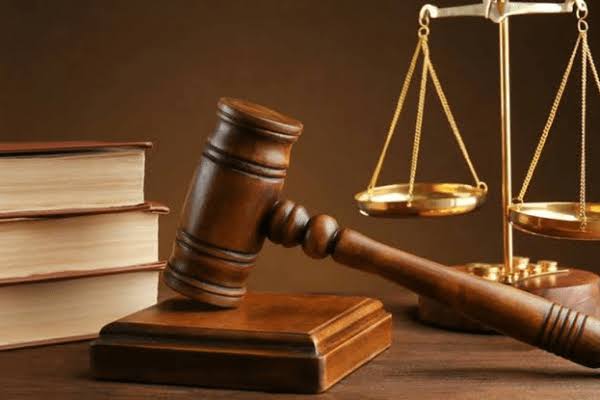 Spokesman of the Economic and Financial Crimes Commission (EFCC), Wilson Uwujaren disclosed this in a statement issued on Monday.

The convict is said to have been on wanted list of the United States Federal Bureau of Investigation (FBI).

Iweregbu was arraigned on December 4, 2020, following his arrest by operatives of the EFCC on August 12, 2020 for his involvement in online romance scam.

He pleaded “guilty” to the charges, prompting the prosecuting counsel, Franklyn Ofoma, to urge the court to sentence and convict him accordingly.

In his review of the facts against the defendant, Ofoma told the court that an investigation of FBI intelligence report given to EFCC revealed that he was into online romance scam.

He normally disguised as Captain Larry Pham to defraud his victims, who are mostly females. When he was arrested by the EFCC, he admitted his role in engaging in internet scam.

According to Ofoma, forensic analysis of his phone and computer revealed indicting documents and other evidence, which he used to perpetrate the $15,000 (N5.7m) fraud.

Ofoma, thereafter, presented in evidence the documents printed by EFCC from his mobile phone and computer, the statement he made in EFCC’s custody as well as the intelligence report of the FBI, all of which were admitted as exhibits.

The defence counsel, Z.S. Makinde, pleaded with the Court to temper justice with mercy, as the convict did not waste the time of the Court and was a first-time offender.

He is a father of two and his wife just gave birth.

He has also shown remorse; and at the time the offence was committed, he, indeed, wanted to marry the white lady.

Following argument from both sides, Justice Taiwo sentenced him to 18 months in prison on each of the three counts to run concurrently, with an option of fine of N100, 000 on each count.

The Judge also granted the application of the prosecution to forfeit the iPhone and laptop recovered from him to the Federal Government.

Abdulrasheed Bawa: Why The Rage? – By Rotimi Oyedepo…