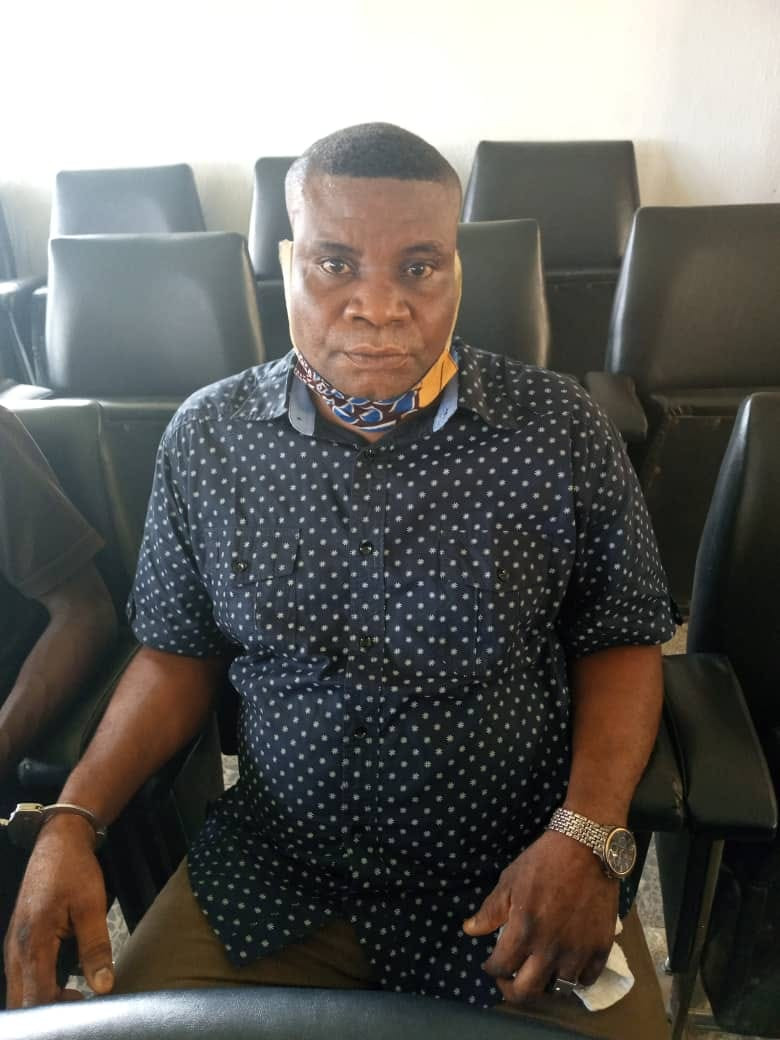 Udo was on Thursday, December 3, found guilty of raping the minor in August, 2018 at his residence No. 45 Afokang Street, Calabar South local government area of the state.

He was convicted by Hon. Justice E.E. Ita, Acting Chief Judge of Cross River State and presiding Judge of the Family Court.

Barr. James Ibor, Head of BRCI, said the rape incident was exposed after the victim’s mother reported the matter to the group.

He stated that the victim who is now 16 years, was excited when she heard of the sentence handed to her stepfather.

Thanks to the Basic Rights Counsel Initiative team providing support to the survivor through out the period of investigation and trial. 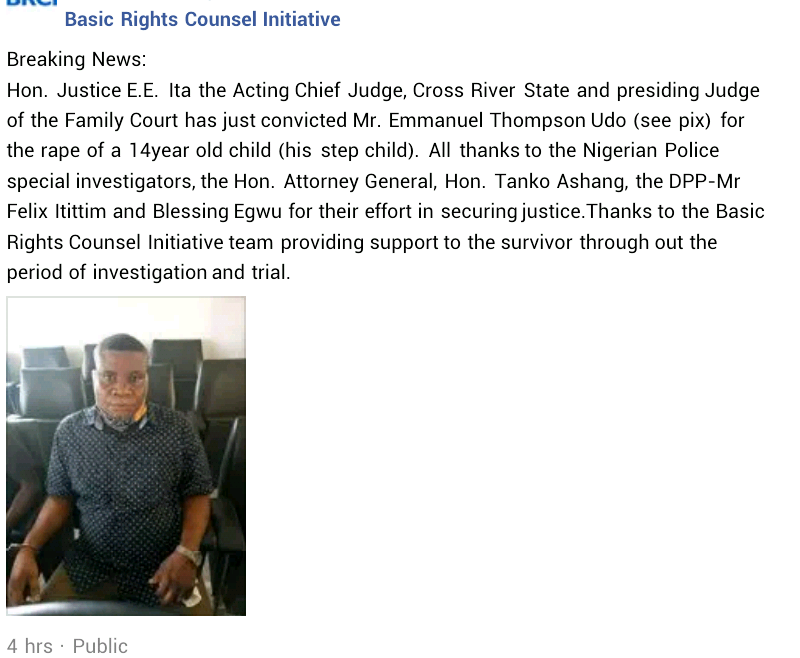