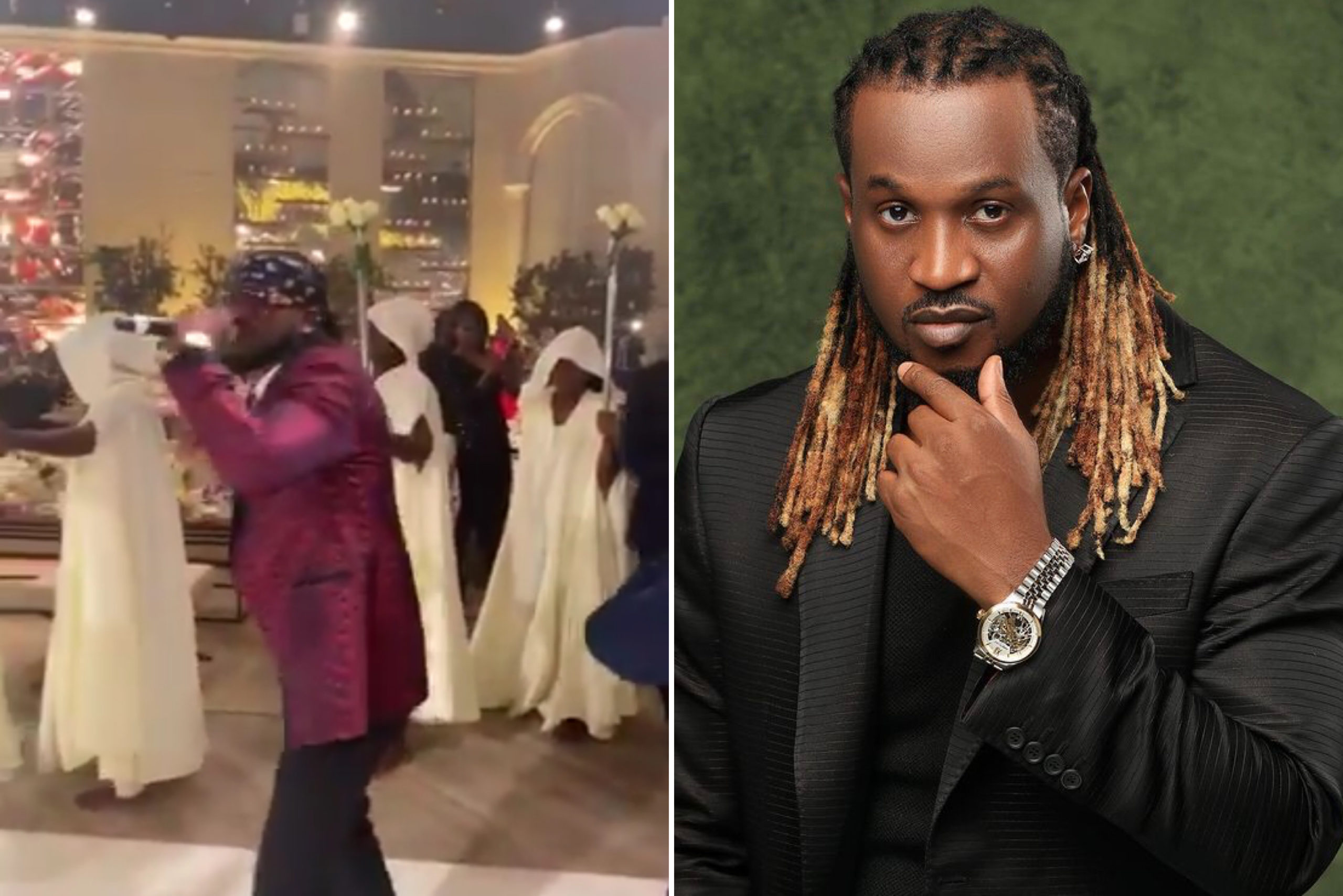 Mixed reactions have trailed singer Paul Okoye better known as Rudeboy’s performance at a wedding in Equatorial Guinea where he sang one of the songs of PSquare, a defunct group he was once a member of.

In 2007, Paul ‘Rudeboy’ and his twin brother Peter ‘Mr P’ went their separate ways following irreconcilable differences and have refused several pleas to settle their differences.

Paul had gotten an invite to perform at a wedding ceremony in the Central African country, which he honored.

In some videos posted on his social media pages, Paul was seen performing “No One Like You”, a song which was recorded back when he was still a part of the defunct music group.

However, shortly after putting up the videos on his page, fans flooded the comment section demanding why he went on to perform a song that belonged to a group he is no longer a part of.

Some fans expressed that the song doesn’t belong to him alone as it was also owned by his twin brother, Peter Okoye while others opined that they both own right to their songs.

Other Twitter users recounted how pleasant it was to see the duo perform together.

Rudeboy of Psquare performed he and Mr P’s song at the presidential wedding in Equatorial Guinea.

it feels awkward seein u performing this alone 😭😭😭😭

At times I remember the song “Me and my brother”

This song is for Psquare not Rude boy pls don't try this again 😡😡😡 pic.twitter.com/m5HCuDtn9T

They will both never achieve the past glory they had

Still love them both ❤

Keep calm… Go back and check/listen again.
Mr P wrote many songs but sincerely Rudeboy wrote most.
Check songs like Alingo, Shekini, Eja-jo, Roll it and many more, Mr P actually wrote those ones and did the dancing as well.
Their two heads are still better than one shaa..

This is just there family business, ppl should stay away 😩