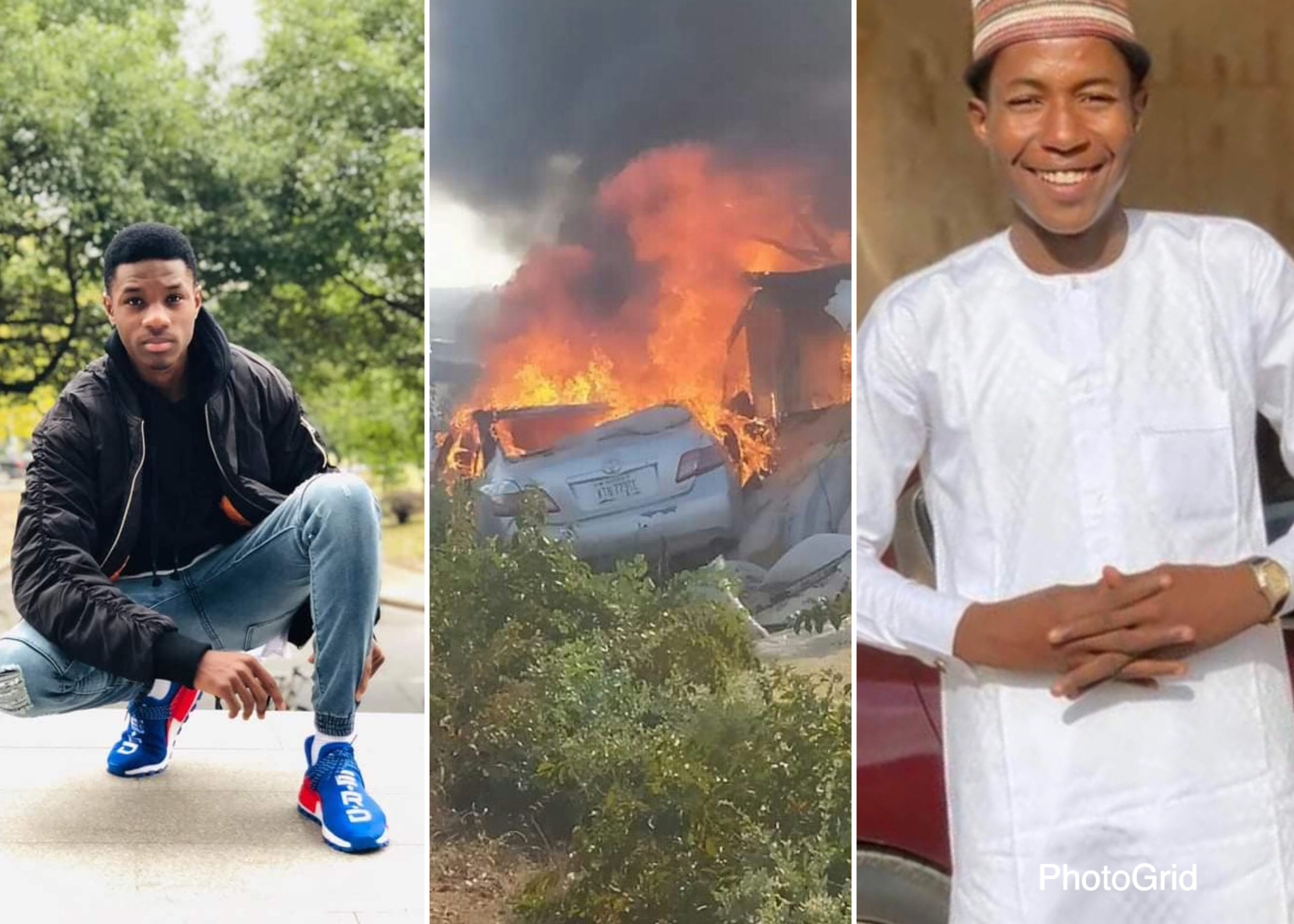 A medical doctor, who recently graduated from a University in China, and his friend have been burnt to death in a ghastly accident along Katsina-Dutsinma road in Katsina state.

The accident occurred at about 3pm on Saturday afternoon, December 5, when their Toyota Camry crashed and burst into flames.

The victims are identified as Dr. Sadiq Yahaya Zakka, who was preparing for his mandatory National Youth Service, and Auwal Shehu Danfaranshi.

Late Dr. Zakka’s cousin, Balarabe Danlami, who confirmed the incident on Facebook said he was travelling with his friends to Dutsinma to visit his sister when the accident happened. 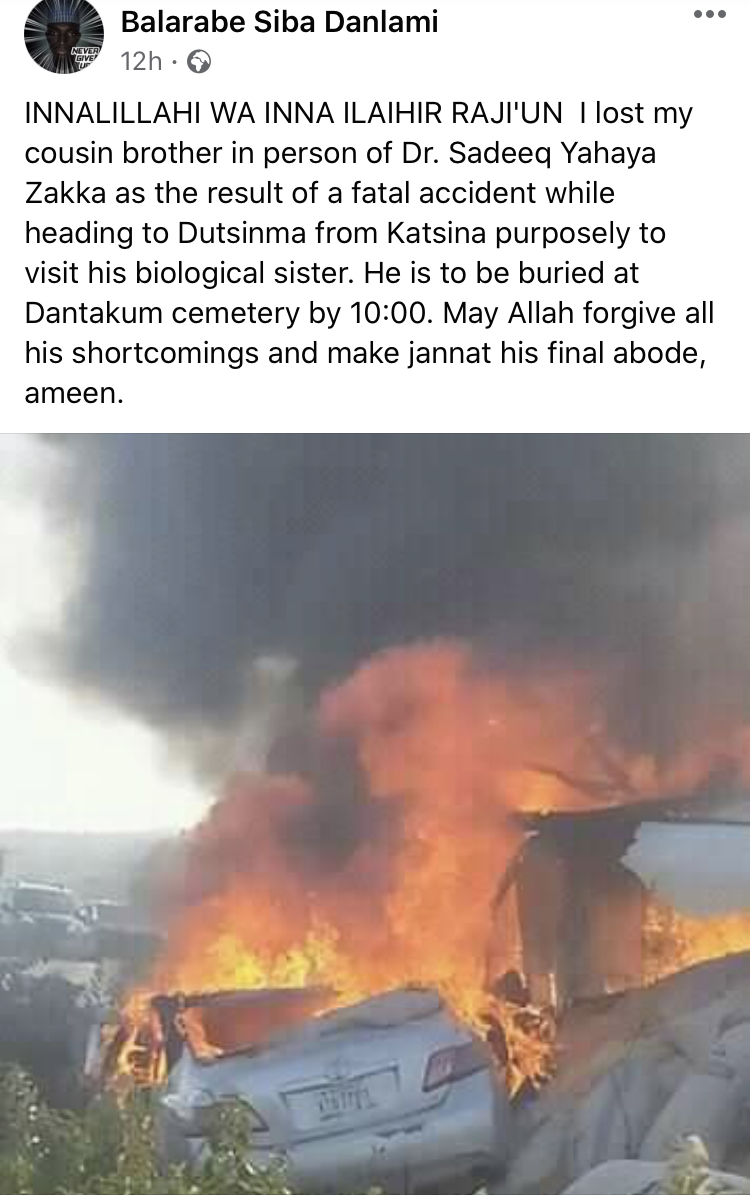 A friend of the victims, Serdeeq said one of the occupants of the vehicle identified as Fahad survived and is currently receiving treatment at an undisclosed hospital.

Some friends and family members took to Facebook to mourn the death of the two young men. 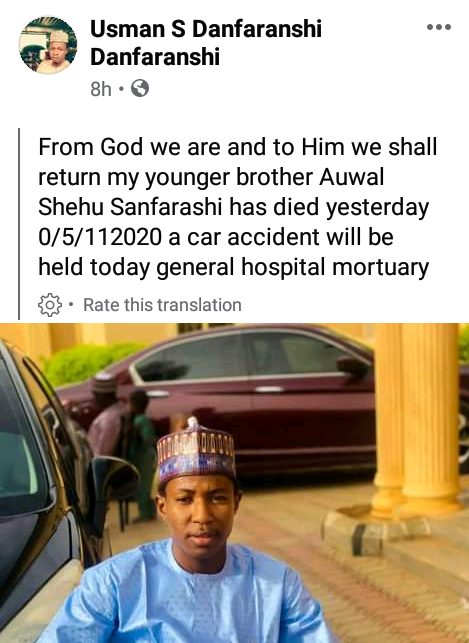 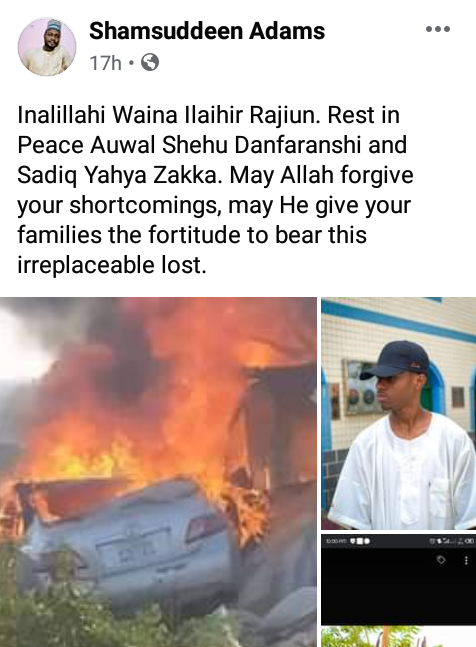 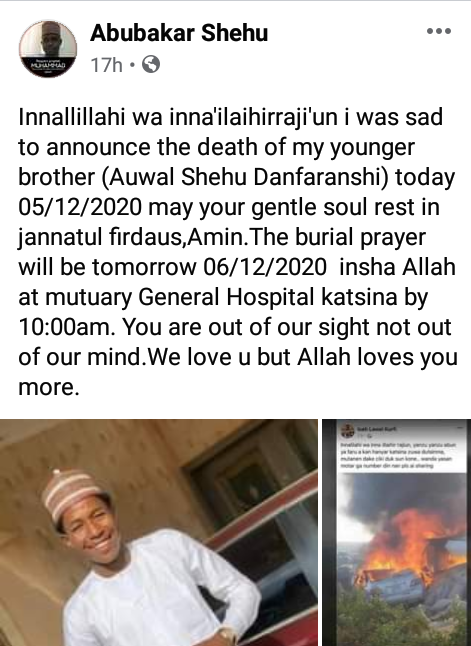