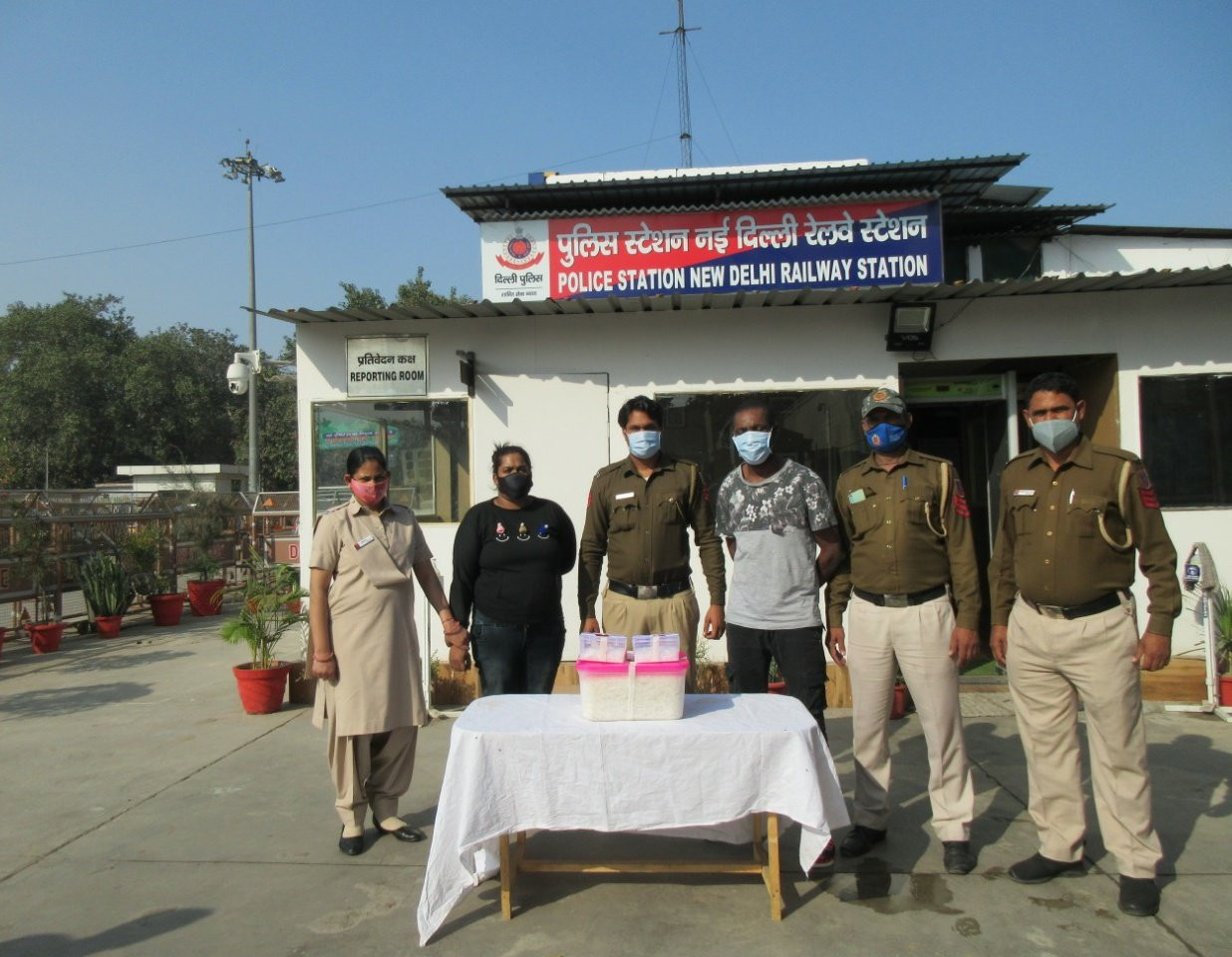 A Nigerian man and an Indian woman have been arrested in Delhi with 10.5 kg of amphetamine, a narcotic drug worth Rs 10 crore ($1.4m, N533m) in the international market.

Railway Police Force (RPF) announced this on Wednesday, December 9 saying that the accused, Chima Vitalis (40, M) and Srimathi (25, F) were arrested on Tuesday when they were trying to board a train from New Delhi railway station to Bengaluru.

During checking, 10.5 kg of amphetamine worth Rs 10 crore in the international market was recovered from their bags. The drug was being taken to Bengaluru city for rave parties.

A First Information Report (FIR) against them was registered under various sections of the Narcotic Drugs and Psychotropic Substances Act.

#JUSTIN: A 25-year-old woman from West Bengal arrested along with a #Nigerian national from New #Delhi #railway station on the charges of #drug peddling. Police have recovered 10.5 kg of Amphetamine known as Ice. It was being taken to #Bengaluru for #rave #parties.@IndianExpress