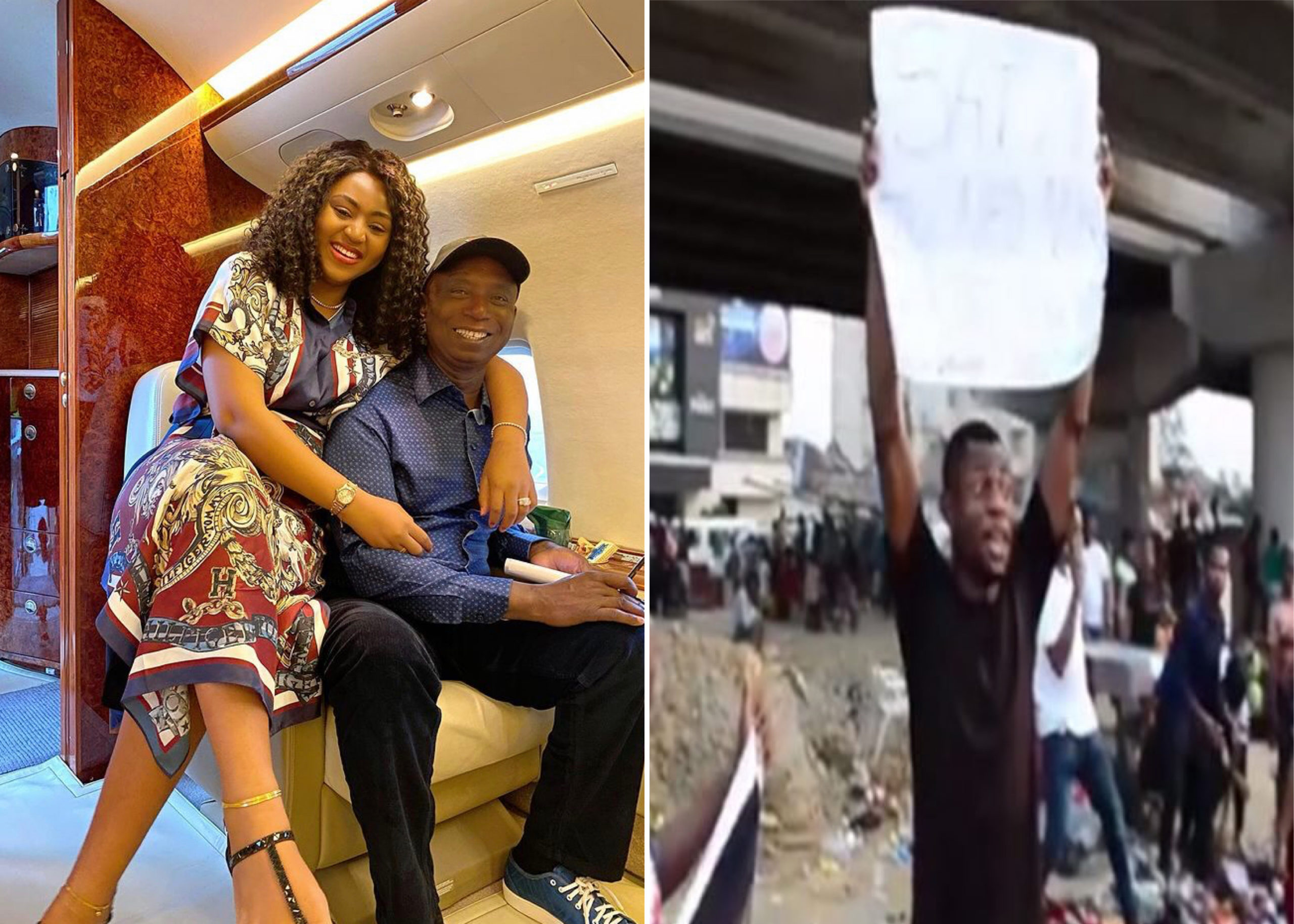 Diehard fans of actress Regina Daniels, have on Saturday, December 5, staged a peaceful protest in Port Harcourt, Rivers State declaring that her billionaire husband, Ned Nwoko must not marry another wife after her.

In May 2019, Regina who was 20 at the time became the 6th wife of the then 59-year-old billionaire businessman and politician.

Read Also: “We Fell In Love And Got Married Within Three Weeks- Ned Nwoko On His Love Story With Regina Daniels (Video)

However, in a recent interview, Nwoko said that Regina knows that he can marry another wife as he is from a polygamous background.

He expressed that he got married to Regina within three weeks after they met and that he doesn’t believe in dating before marriage.

Well, Regina’s diehard fans took to the streets of Port Harcourt carrying placards as they objected Nwoko‘s comments. According to them, “Ned Nwoko must not marry another wife after Regina”.

This comes few weeks after rumours went rife about Nwoko being engaged to a white lady named Sara after she was seen standing at the balcony of the mansion of Ned Nwoko as well as in his driveway of the house.

However, the actress took to social media to deny this, saying;

The news about Sara being my husband’s wife is completely false. She is my friend who came visiting!!!

Watch videos from the protest below;

Lmao, Regina Daniels fans organized protest against Ned Nwoko, says he must not marry another wife. I’m tired of this country. pic.twitter.com/yg3Aff4aSr

‘Sara Is My Friend’ – Regina Daniels Debunks Rumors Of…