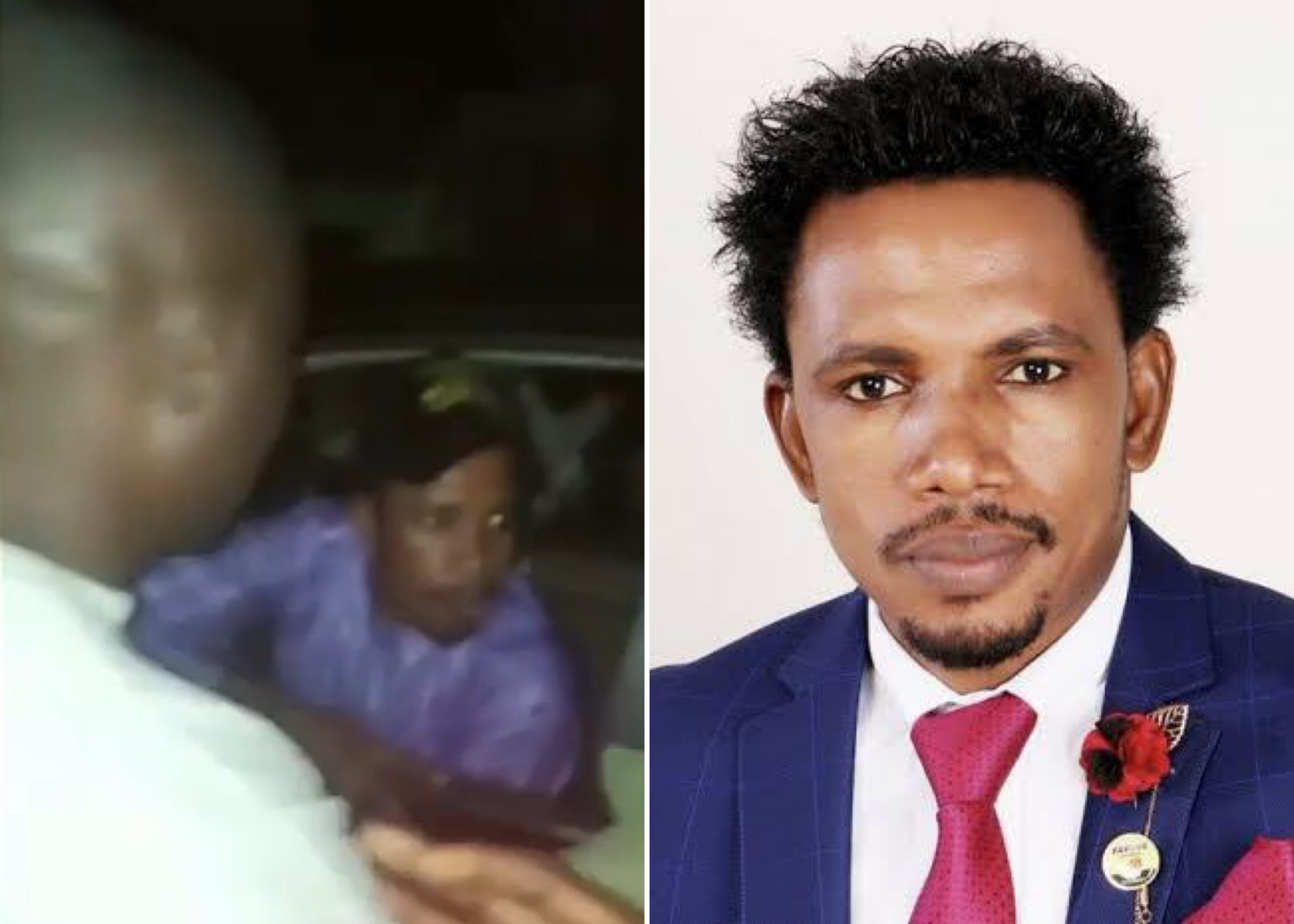 Senator Elisha Abbo, has once again been caught on video slapping a young man repeatedly in his hometown in Adamawa State.

Abbo, representing the Adamawa North Senatorial District, was seen assaulting the man in a video posted by a Twitter user, @Jacfelixchidama.

This comes nineteen months after the Senator was captured in a video assaulting a nursing mother, Osimibibra Warmat, who was an attendant at a sex shop in Abuja.

The assault was done in the presence of an armed policeman who, rather than protect the victim, arrested her.

Police later arraigned Abbo before a Magistrate Court in Zuba, on a one-count charge of assault.

Despite video evidence of the incident, Abdullahi Ilelah, the Magistrate, upheld the no-case submission filed by the lawmaker and dismissed the case.

However, Warmate instituted a separate civil suit at the FCT High Court and on September 28, Samira Bature, the presiding Judge, who convicted Abbo and ordered him to pay N50 million as compensation to her.

Abbo however appealed the judgement, saying the facts of the case disclosed is an “alleged tort of simple assault” and not torture or inhuman treatment.

He anchored his appeal on three premises;

The judge erred in law when he dismissed his preliminary objection to the effect that the suit was not recognisable under Section 34 of the 1999 Constitution and the fundamental rights enforcement procedure; that the facts of the case were contentious and could not be determined via affidavit evidence; that the trial judge erred when he held that the applicant had proved her case as required by law whereas the evidence was not in her favour.

Abbo further stated that the court granting N50mcompensation to Osimibibra Warmate was “excessive.”

Watch the new trending video below;