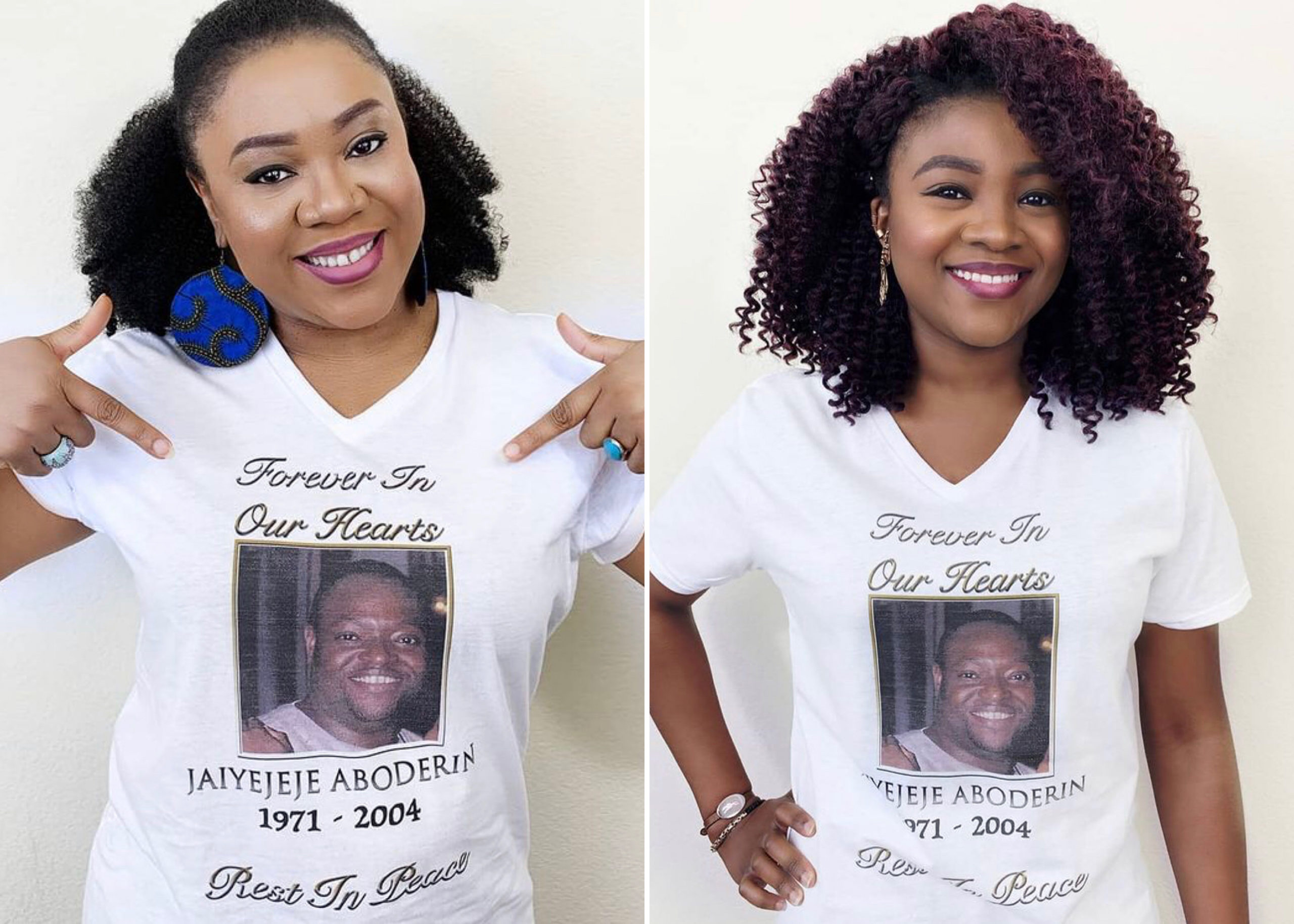 Nollywood actress, Stella Damasus has paid an emotional tribute to her late husband Jaiyejeje Aboderin, who died 16 years ago.

The mother of two daughters took to her Instagram page to remember him by sharing pictures of herself in a t-shirt with Aboderin’s face customised on it.

It’s been 16 years since we lost my hubby JAIYEJEJE ABODERIN. Still feels like yesterday. I wasn’t sure I could bring myself to write this but I need to. Our daughters are 21 and 18 now, all grown up. They decided to do something different this year to honor him. We all miss him and talk about him daily. Jay is not the kind of man that you forget.

I smile each time I remember or talk about him because that’s what he represented to all who knew him. He brought joy, happiness, comfort and support to all. I cry sometimes because I wish he could have spent more time with us. But God knows best.

Anyone who has lost a spouse will understand what I mean. JAY will never be forgotten. His legacy lives on. No matter where we go or who we become, he will always be in our hearts. Rest in peace Obim. #RIP #jaiyejejeAboderin.

Their first daughter, Isabel Aboderin also shared a photo of herself in a t-shirt similar to that of her mum’s on Instagram and wrote;

16 years ago today, I lost someone very important to me. At the time, I didn’t fully understand the concept of death and didn’t realize that my father wasn’t coming back from heaven. This really affected me in my later years, and every December, it felt like I lost him over again. But in these same years, I heard many more wonderful stories about him and how much he was celebrated, especially after he passed away.

I finally understood why God couldn’t wait to take him up to heaven; because he wasn’t just an extremely amazing human being. He was an angel. So this year, we celebrate the life of my late father. Daddy, you will forever be in our hearts. Rest in perfect peace. #rip #daddy.

Damasus married Aboderin at age 21 in 1999 and the union produced two daughters – Isabel and Angelica – before the actress’ husband died suddenly in 2004.

In 2007, Damasus remarried Emeka Nzeribe but it reportedly only lasted for 7 months.

Later in 2011, Damusus and movie producer/director, Daniel Ademinokan got married and kept it private until 2014. However, there are reports that the two have now gone their separate ways.

Ademinokan used to be married to actress Doris Simeon and the two have a son together.