Chief of Army Staff, Lt. Gen. Tukur Buratai, has said terrorism may persist in Nigeria for another 20 years.

There is a general misunderstanding of what insurgency and terrorism entail. There is the likelihood of terrorism persisting in Nigeria for another 20 years.

It only depends on the level of escalation and the appropriate responses by all stakeholders, both civil and military authorities. Also, both local and international actors.

Citizens’ responsibility is equally important and imperative. All must cooperate to contain the lingering insecurity. Let there be collective action and responsibility. 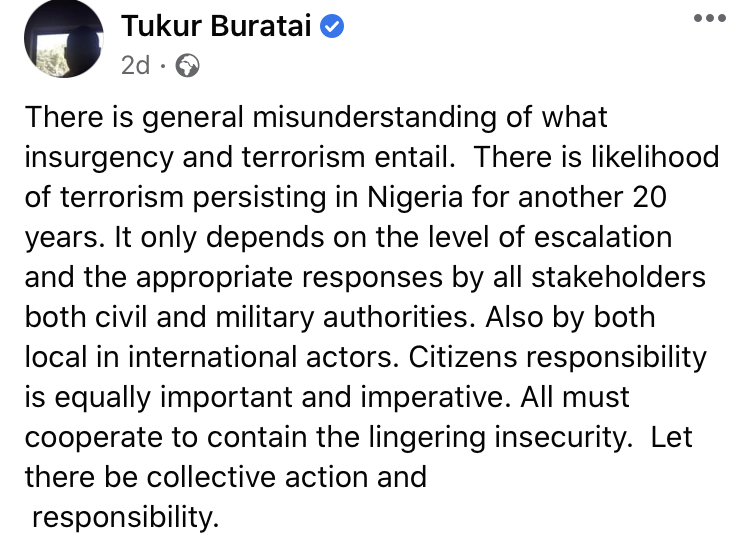 Meanwhile, Nigerian Army has scheduled today, December 3 for the second edition of a seminar said to have been organised to counter Boko Haram propaganda.

The army, last October in Sokoto State launched the first edition of a joint seminar on spiritual warfare against insurgency and other forms of restiveness.

DSS Warns Of Plans To Incite Religious Violence In South…