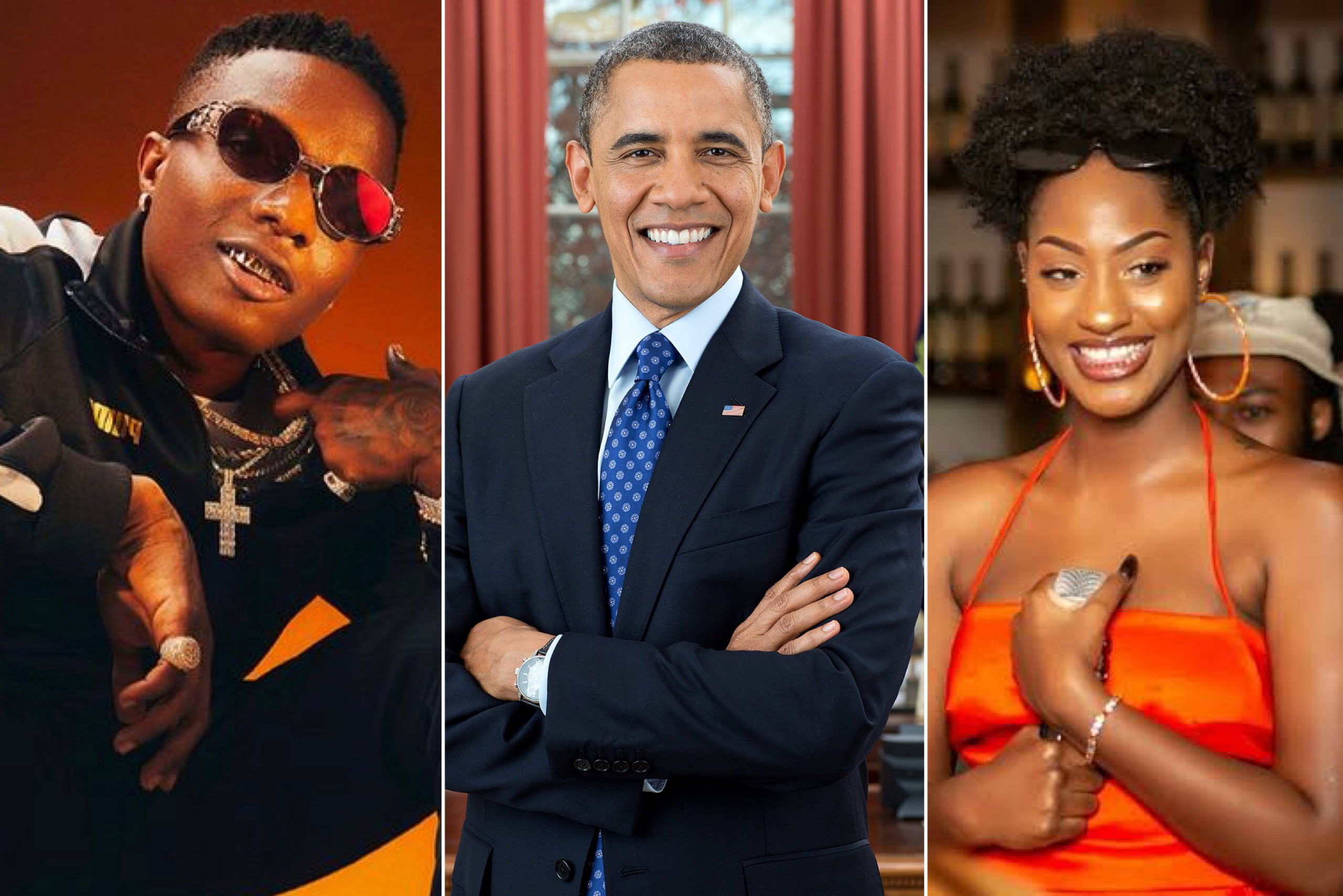 Former US President, Barack Obama on Friday night shared shared a list of his favourite music of 2020 and Nigerian artiste, Wizkid’s song featuring Tems snagged a spot on the list.

Obama shared his 30-track playlist with his fans and followers via social media, as it is his annual tradition of sharing his favourite entertainment programs, books, and music from a particular year.

Among the songs is the music, Essence, a single from Wizkid’s “Made in Lagos” album in which he features Tems.

This comes few weeks after Wizkid and some other Nigeria artistes made it to Obama’s 2020 summer list.

Obama’s list also include songs from artists in different continents around the world such as Megan Thee Stallion, Beyoncé, Lil Baby, Koffee, Jhene Aiko, Mac Miller, Bad Bunny and others.

Announcing his list via a tweet, the 44th US President noted that he had valuable consultation from his daughter, Sasha, who appears to have a considerable influence on her famous father’s music choices.

Here are some of my favorite songs of the year. As usual, I had some valuable consultation from our family music guru, Sasha, to put this together. I hope you find a new song or two to listen to. pic.twitter.com/K1NRPYiSg4

See the full list of Barack Obama’s favorite music of 2020 below:

Wizkid’s Manager, Jada Pollock Reacts To Cloning Of ‘Made In…