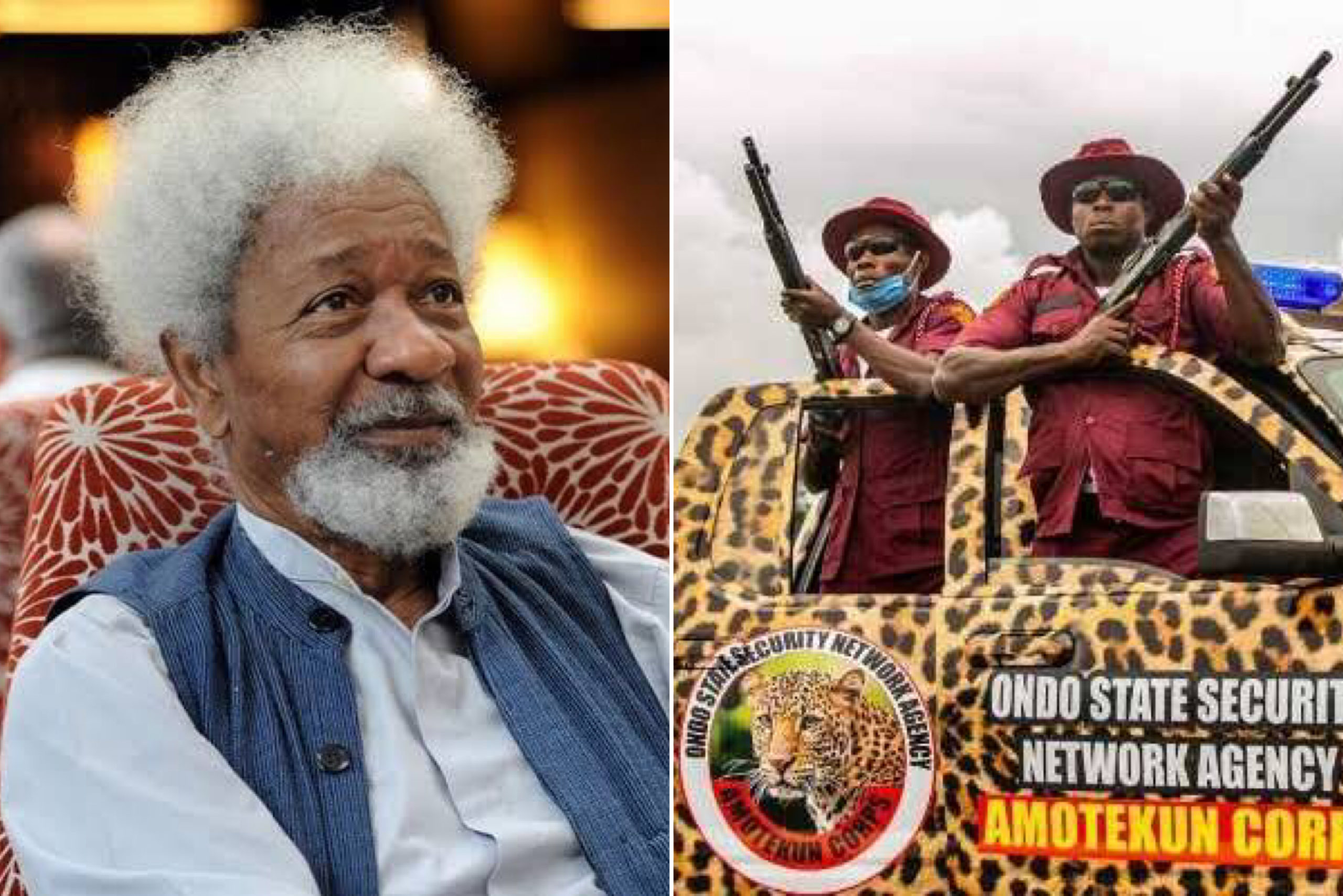 SARS was disbanded in October 2020 following nationwide protest against the police unit over allegations of extortion, harassment and even extra-judicial killings.

However, of late, there have been allegations of recklessness and extrajudicial killings against the security outfit, especially in Oyo State.

Speaking on Saturday during an interview on Arise TV, Soyinka said the minds of the Amotekun operatives must be trained to understand the essence of their job.

He said the men of Amotekun Corps must be trained on the issue of ethics so that they don’t become more brutal and ruthless than the officers of the defunct police unit.

Community policing like Amotekun is a recognition of the fact that the civic part of the entire national polity has got to wake up in not just its own defense but survival.

I have told them anytime you want us to come and assist, we will come even if it is just on the ethical session so that as you are training them to defend us, we are also training their minds so that Amotekun does not become another SARS, very important. We must do everything together.

It is about time the public examined itself; what are we made up of? Are there those among us who, if they got into power, will behave exactly as those kinds of agencies which we are repudiating and against which we are protesting? There is absolutely no excuse for the brutality that occurred in the wake of the noise, rumour, reality of people being shot at the Lekki tollgate.

Soyinka, who said some South-West states were tardy in inaugurating their Amotekun Corps, urged other states yet to launch their security outfits to do so quickly as the challenge of insecurity has reached a “stage of desperation”.

FG Should Apologise To Igboho, Stop Pursuing Him As A…