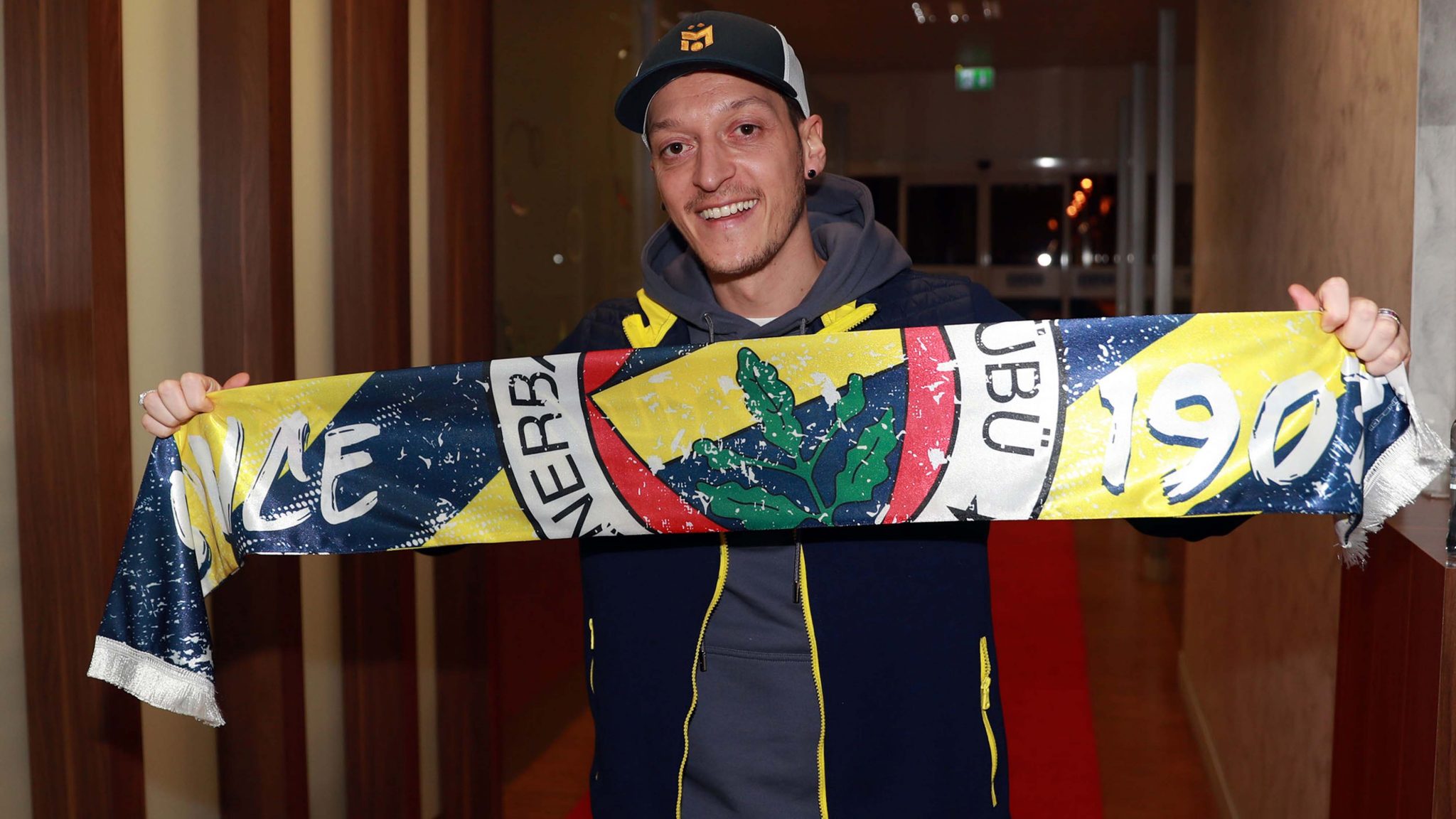 Arsenal midfielder Mesut Ozil has joined Fenerbahce club on a three-and-a-half-year deal after last playing for the Gunners in March, both clubs announced on Sunday.

The 32-year-old was omitted from Arsenal’s Premier League and Europa League squads this season and his reported deal on a weekly salary of £350,000 ($475,000) was set to expire at the end of the current campaign.

Read Also: ‘I Am Here Till The End Of My Contract’ – Ozil Says He Won’t Leave Arsenal Before 2021

Confirming the news, Ozil in a lengthy statement shared on his Twitter page wrote a farewell message to Arsenal and his fans.

Ozil, who won World Cup with Germany in 2014, in the statement said;

I’d like to thank the club for this amazing journey over the past seven-and-a-half years. Together we won trophies for the first time in years and created memories that will last a lifetime.

Ozil joined Arsenal from Real Madrid in 2013 and lifted the FA Cup on three occasions under then-coach Arsene Wenger.

After starting the first 10 games of Mikel Arteta’s reign as boss in north London, Ozil’s last appearance came in a win over West Ham last March before the coronavirus pandemic saw football grind to a halt last year.

Arteta in a statement on the club’s website said;

Mesut’s achievements at Arsenal are undisputed. It was a privilege to play alongside him and, more recently, coach him.

These successes will always be part of our history. We thank Mesut and wish him all the best with Fenerbahce.

Wishing you all the best at @Fenerbahce, Mesut 👊 pic.twitter.com/kq9XdojdXl

Fenerbahce, one of Istanbul’s three big clubs, are currently third in the league behind Besiktas.

Ozil ended his international career after what he described “racist” attacks following the holders’ first-round exit at the 2018 World Cup.

Chelsea In Advanced Talks With Thiago Silva Over Free…