Chelsea Legend, Didier Drogba Announces Separation From Wife Of 20 Years After Intimate Video Of Him With Mystery Woman Went Viral 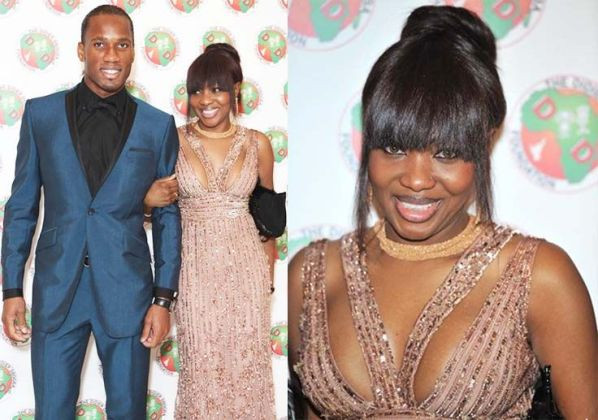 Former Ivorian international and Chelsea legend, Didier Drogba has announced his separation from his wife Lalla Diakite after 20 years of marriage.

Drogba met Diakite in the 1990s in Paris and the pair married on June 12, 2011, in Monaco in the presence of selected guests, but player has now revealed the relationship has hit rock bottom.

From their union, they birthed three children: Isaac, Iman and Kieran

The footballer who has maintained a discreet private life as he tried to shield his loved ones from the limelight, made the announcement after appearing in an intimate video in bed with a mystery woman.

Drogba was forced to issue the statement after appearing bare-chested in bed with a nearly-naked young woman in December 2020.

In the video, which a representative claimed had been hacked, she playfully sinks her teeth into Drogba’s shoulder as he screams in pain.

He then speaks to her in French about being bitten, and said: “She’s positive!  She’ll infect me by biting me!”

The development sparked headlines in his native West African homeland. And it prompted Drogba to break his silence and admit he and Mali-born Diakite have gone their separate ways.

Although he did not explain reasons for their separation, the two-time Africa Player of the Year Award recipient noted that it was a difficult decision.

He also stated that their three children will get maximum protection, adding that the privacy of the family will remain protected.

I am not used to discussing my private life, but due to speculation in the media today, I will confirm that unfortunately after 20 years together Lalla and I have made the difficult decision to go our separate ways. Last year.
We remain very close and our main goal has been our children and to protect them and the privacy of the family. 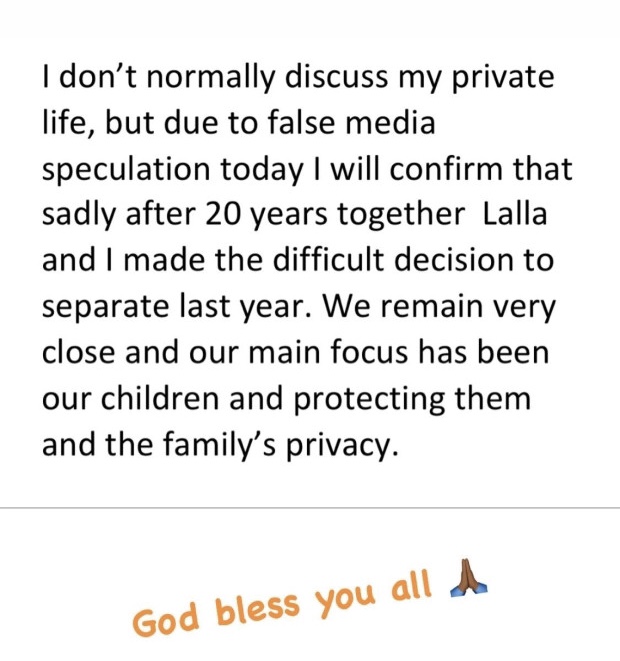 Kim Kardashian And Kanye West Are Reportedly Getting A…