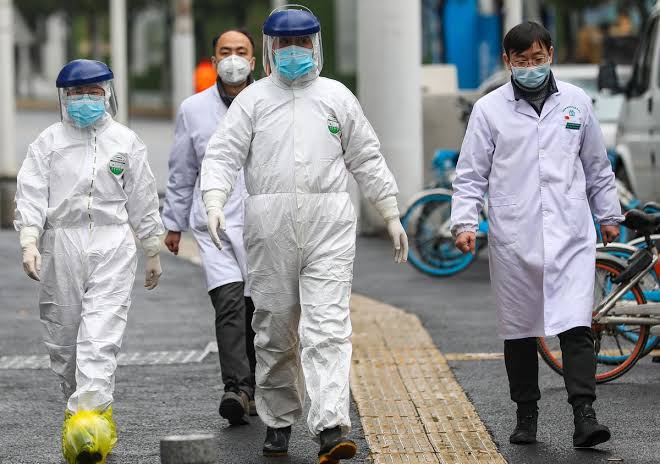 World Health Organization has announced that China blocked its team investigating the origins of the coronavirus pandemic, from entering the country.

WHO Director-General, Tedros Adhanom Ghebreyesus made the announcement on Wednesday, January 6, saying some scientists on the United Nations team left their home countries for Wuhan when they were told that Chinese government had not approved the necessary permissions required for them to enter the country.

WHO said the arrangements had been jointly agreed with China in advance.

Speaking during a news conference in Geneva, Switzerland, Tedros stated;

I am very disappointed with this news. I have been in contact with senior Chinese officials and I have once again made clear that the mission is a priority for WHO and the international team.

He added WHO was “eager to get the mission underway as soon as possible” and that he had been given assurances that Beijing was speeding up the internal procedure for “the earliest possible deployment”.

However, China appears determined to control the story of the origin of the virus, which has killed more than 1.8 million people around the world and laid waste to global economies.

The first cases of the coronavirus were recorded in the central Chinese city of Wuhan in late 2019, prompting accusations of chaotic, secretive handling by Chinese authorities which led to its spread beyond China.

US President, Donald Trump has repeatedly blamed China for the global pandemic, saying China had not properly reported information it had about the coronavirus and had pressured WHO to “mislead the world”.

Despite the hail of criticism, Beijing has so far resisted pressure for an independent probe and instead has seeded doubt as to whether the pandemic even started inside its borders.

Beijing foreign ministry spokeswoman Hua Chunying confirmed the WHO team had not been admitted as planned, and admitted it was “not just a visa issue”.

She told reporters at a regular news briefing;

The issue of origin-tracing is incredibly complicated. To ensure the work of the international expert team in China goes smoothly, we have to carry out necessary procedures and make relevant arrangements.

Talks were continuing over “the specific date and specific arrangement of the expert group’s visit,” Hua added, despite the months of negotiations already spent on setting up the trip.

Scientists initially believed the virus jumped to humans at a market selling exotic animals for meat in the city of Wuhan.

However, experts now think the market may not have been the origin of the outbreak, but rather a place where it was amplified.

It is widely assumed the virus originally came from bats, but the intermediate animal host that transmitted it between bats and humans remains unknown.

Since probe into origin of the virus began, whistleblowers have been silenced and citizen journalists jailed — including a 37-year-old woman imprisoned last week for four years over video reports from Wuhan during its prolonged lockdown.

42 Countries Roll Out COVID-19 Vaccines – WHO