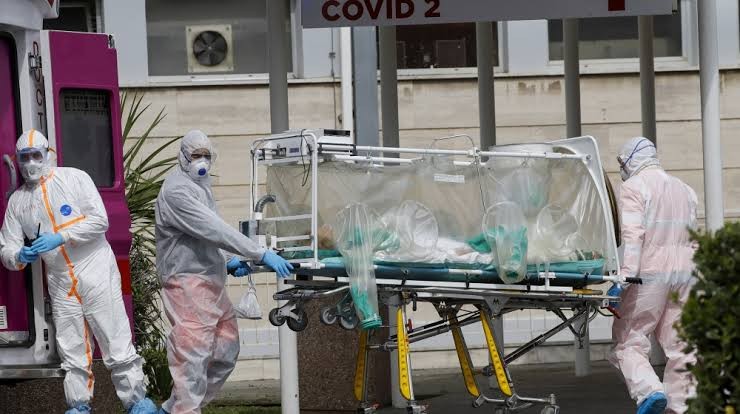 China has reported its first COVID-19 death in months, as World Health Organisation (WHO) team arrived in the country to probe the pandemic’s origins.

The latest death raises the toll to 4,635 among 87,844 cases, sparking worry among experts over new strains of the coronavirus that are spreading rapidly around the globe.

China’s relatively low case figures are seen as a testimony to the effectiveness of strict containment, tracing and quarantine measures.

However, the figures have also raised questions about the tight hold the government maintains on all information related to the outbreak.

CGTN, the English-language channel of state broadcaster CCTV, reported that WHO’s team arrival in the early hours of Thursday.

A government spokesman this week said they will “exchange views” with Chinese scientists but gave no indication whether they would be allowed to gather evidence.

WHO team will undergo a two-week quarantine as well as a throat swab test and an antibody test for COVID-19, according to a post on CGTN’s official Weibo account, but will start working with Chinese experts via video conference while in quarantine.

WHO team includes virus and other experts from the United States, Australia, Germany, Japan, Britain, Russia, the Netherlands, Qatar and Vietnam.

More than 91 million people have been infected, with almost two million of them dying, according to figures widely thought to be an underestimate.

China has put more than 20 million people under varying degrees of lockdown in Hebei, Beijing and other areas in hopes of stemming infections ahead of next month’s Lunar New Year holiday.

The government has cut travel links to and from several cities, urged people to stay put for the holiday, postponed important political gatherings and plans to let schools out a week early to reduce the chances of infection.

Scientists suspect the virus that has killed 1.9 million people since late 2019 jumped to humans at a market selling exotic animals for meat in the city of Wuhan.

Beijing has argued Wuhan might not be where the virus originated, only where it was first identified.

However, experts now think the market may not have been the origin of the outbreak, but rather a place where it was amplified.