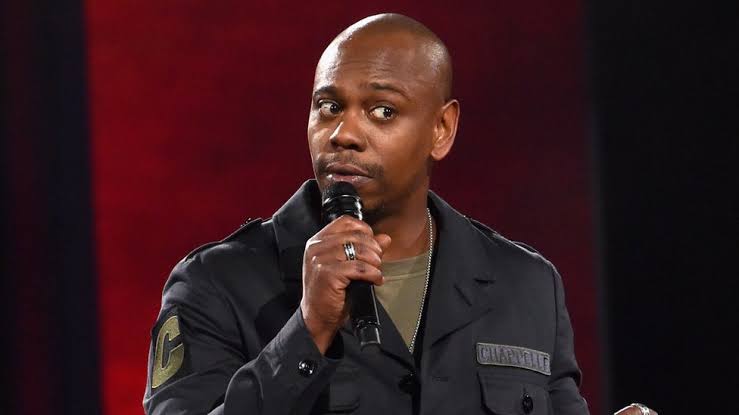 The 47-year-old comedian’s representative, Carla Sims confirmed the news to TMZ on Friday, adding that Chappelle is ‘currently quarantined’ and has ‘not yet experienced any symptoms‘ of the virus.

Chappelle tested positive for the virus just before his comedy show scheduled for Thursday, forcing his upcoming appearances to be canceled.

He was expected to perform Thursday through Sunday at Stubb’s Waller Creek Amphitheater in Austin, Texas.

His representative in a statement added;

Chappelle has safely conducted socially-distanced shows in Ohio since June 2020 and he moved those shows to Austin during the winter.

Chappelle implemented COVID-19 protocols which included rapid testing for the audience and daily testing for himself and his team. His diligent testing enabled him to immediately respond by quarantining, thus mitigating the spread of the virus. Chappelle is asymptomatic.

Chappelle had been performing socially-distanced shows in Ohio since June, and moved his shows to Austin during the winter, Sims said. Rapid testing for the audience and daily tests for the comedian and his team were instituted.

The comedian was on Tuesday pictured with fellow comedian Joe Rogan, Tesla CEO Elon Musk, and his partner Grimes at Stubb’s Amphitheater in Texas.

All of his shows were scheduled to be staged at this spot before the new announcement of cancellation.

“I Got In”: Watch Beautiful Moment DJ Cuppy Informed Her Parents She Got…

Tesla Buys $1.5B In Bitcoin, May Accept It As Payment For…