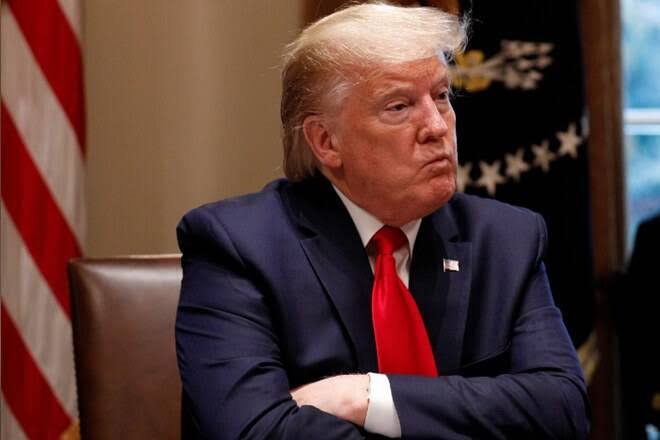 Democrats in United States House of Representatives have on Monday introduced one article of impeachment against President Donald Trump for “incitement of insurrection“, resulting to the invasion of US Capitol by his supporters last Wednesday.

US House of Representatives already voted in December 2019 to impeach him for holding up congressionally authorized aid to Ukraine as he pushed for a far-fetched investigation into Biden.

However, Trump remained in office after a vote to remove him failed in the Republican-controlled Senate.

The new move comes few days after House Speaker Nancy Pelosi told Democrats that her chamber will proceed with Trump’s impeachment, if Vice President Mike Pence doesn’t agree to invoke the 25th Amendment to remove the president from office.

The 25th Amendment in the United States Constitution deals with issues related to presidential succession and disability.

Under a provision of the 25th Amendment, the vice president can, with the support of the majority of the Cabinet, invoke the measure and declare Trump unfit for office, which could lead to his early removal. Under such a scenario, the vice president would immediately take over as acting president.

Democratic Representative Steny Hoyer of Maryland introduced the resolution calling on Pence to invoke the 25th Amendment and declare Trump “incapable of executing the duties of his office”.

Republican Representative Alex Mooney of West Virginia objected to passing the resolution by what is known as “unanimous consent” and it will be put to a vote on Tuesday.

After Republicans blocked the resolution, a single article of impeachment against Trump was introduced in the Democratic-controlled House of Representatives.

The single impeachment article accuses Trump of making repeated false claims about widespread fraud in the US election, inciting his supporters to interrupt a vote on Biden’s Electoral College victory in Congress last week, and pressuring Georgia’s secretary of state to overturn Biden’s win in the Peach State.