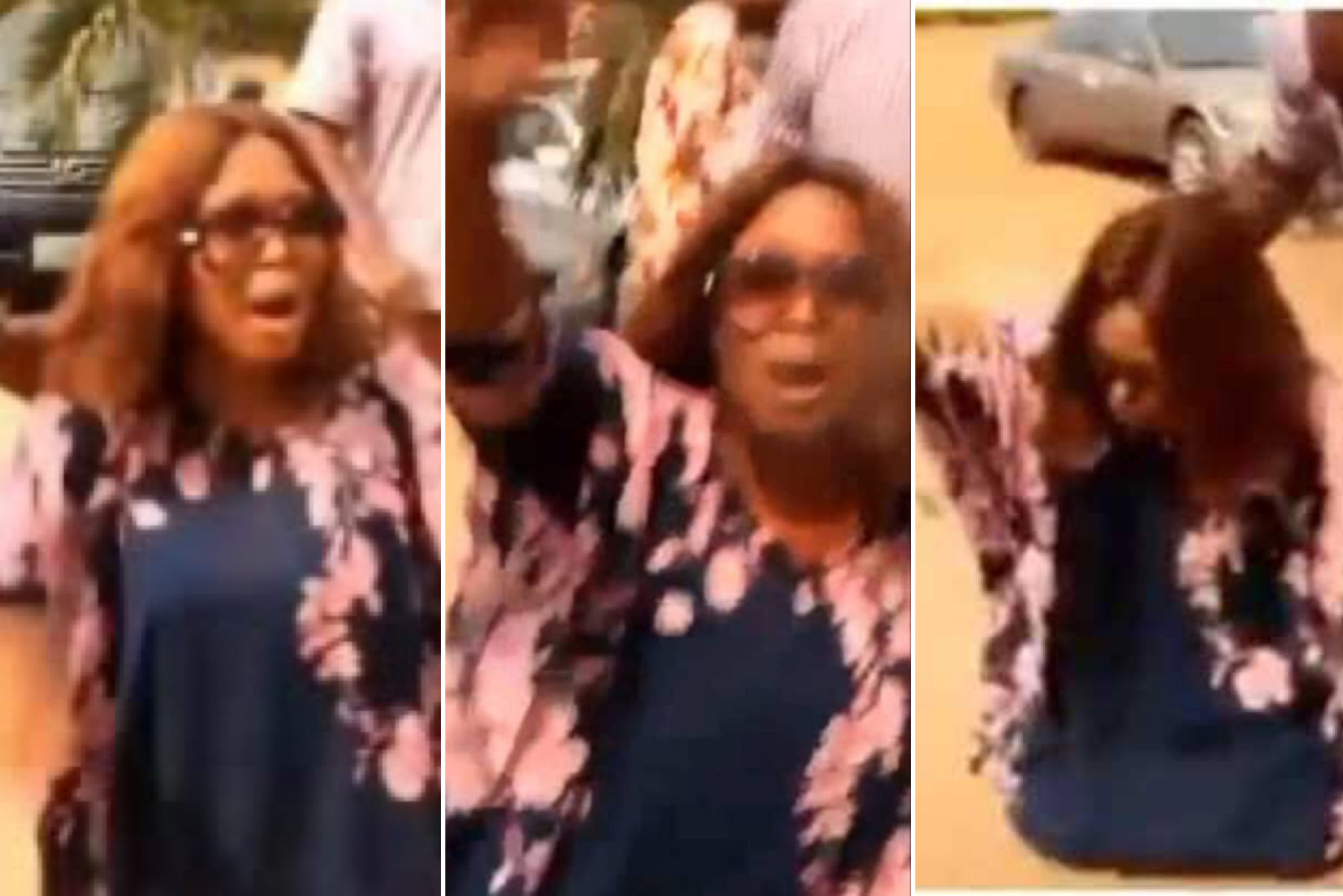 Mild drama ensued in Umuahia, Abia state, last week after a woman stormed the venue of her husband’s secret wedding to another woman and disrupted the event.

In a now-viral video of the event, the disgruntled woman revealed that she married her husband for 17 years and that they currently have four children.

The woman also explained that she was aware of the relationship between her husband and the lady but did not take it seriously until she learned that they were getting married.

In the less than three-minute footage, she went on to show certificates of her marriage to the man including photos of their children to those around to buttress her claim.

The angry woman could also been seen engaging in a heated conversation with those attempting to stop her as she shared lurid details of her marriage while venting her frustration.

I have been here since monitoring this event. It can’t work. It won’t stand. This is evidence of my traditional wedding and white wedding. We married in 2003, about 17 years ago. I have four children, three boys and one girl, then somebody wants to come and reap where she did not sow.

They will not reap where they did not sow. That girl is a thief. She is a criminal. I knew that she was dating my husband for years. Now she wants to come and marry my husband, it would not work.

At the end of the footage, the woman could be heard cursing her husband’s union to the lady, noting that she did not do anything wrong to deserve such treatment.

Speaking in a mixture of Igbo and English language, she said; “I did not do anything to my husband…”.

A post shared by Naija trained…. Aussie based (@instaviralnaija)

Thief Returns After Stealing Woman’s Car To Drop Boy Found In Backseat, Yells At Her For Leaving Child Unattended

COVID-19: Governor Ikpeazu Explains Why He Was Treated In…