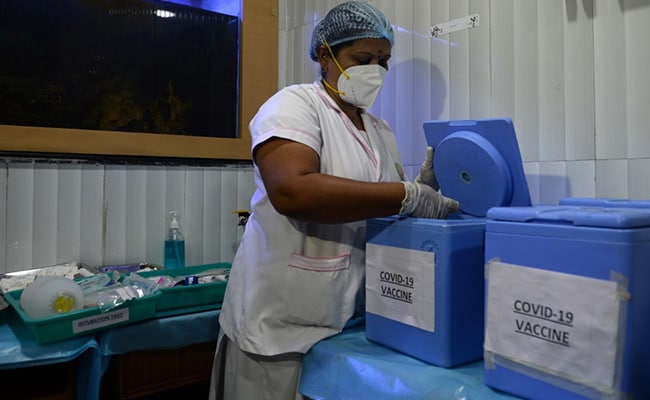 India has on Sunday authorised the emergency use of two coronavirus vaccines developed by AstraZeneca and Oxford University and by local pharmaceutical firm Bharat Biotech.

The new development was announced by the country’s drug regulator, paving way for one of the world’s biggest inoculation drives.

The vaccines of Serum Institute (AstraZeneca/Oxford vaccine) and Bharat Biotech are being approved for restricted use in emergency situations.

On his part, Prime Minister Narendra Modi tweeted that the fast-track approvals were “a decisive turning point to strengthen a spirited fight” that “accelerates the road to a healthier and COVID-free nation”.

India is the world’s second most-infected nation with more than 10.3 million cases and almost 150,000 deaths, although its rate of infection has come down significantly from a mid-September peak of more than 90,000 cases daily.

The government has already been holding nationwide drills in the country of 1.3 billion people ahead of the mass vaccination drive and some 96,000 health workers have been trained to administer the shots.

The use of the vaccine(s) in prioritised populations, along with the continued implementation of other public health measures and community participation will be important in reducing the impact of Covid-19.

The approvals came amid fears in India, like in other countries, about the safety of the shots.

A recent survey of 18,000 people across India found that 69 per cent were in no rush to get vaccinated.

Both vaccines are to be administered in two doses and can be transported and stored at normal refrigeration temperatures.

The Serum Institute of India, the world’s biggest manufacturer of vaccines, has said it is making between 50 and 60 million doses a month of the AstraZeneca/Oxford vaccine.

Meanwhile, Serum Institutes chief executive Adar Poonawalla tweeted following the approvals that the vaccine would be “ready to roll-out in the coming weeks”.

Bharat Biotech was yet to complete its Phase III trials, but Drugs Controller General Somani said the company’s jabs were approved for restricted use in the “public interest as an abundant precaution, in clinical trial mode, to have more options for vaccinations, especially in case of infection by mutant strains”.

He added to reporters after the briefing that the drug regulator would “never approve anything if there is the slightest safety concern”.

“The vaccines are 100 per cent safe,” he said, adding that side effects such as “mild fever, pain and allergy are common for every vaccine”.

Lady Dies 3 Hours To Her Wedding In Katsina (photos)

Texas, Mississippi To End Mandatory Use Of Mask, Allow Businesses Reopen At Full…