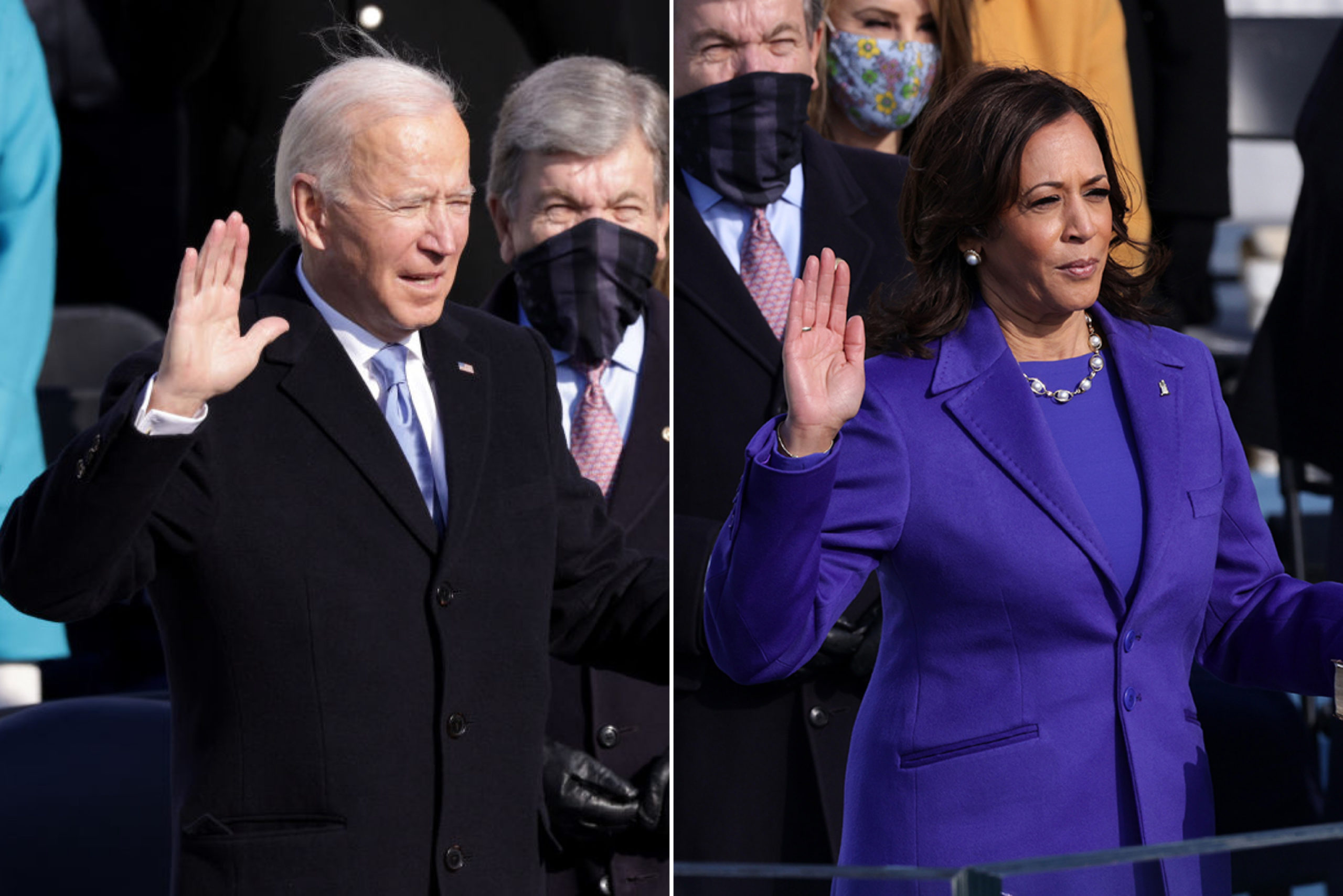 Joe Biden has been sworn-in as the 46th President of the United States of America alongside Kamala Harris as the Vice President on Wednesday.

Biden and Harris earlier arrived at the US Capitol on Wednesday for their official inauguration ceremony.

The 78-year-old Democrat was sworn in by Supreme Court Chief Justice John Roberts as the 46th president of the United States.

Biden raised his hand and took an oath to ‘preserve, protect and defend‘ the Constitution, starting his tenure amid a pandemic and putting an end to a tumultuous four-year term by President Donald Trump.

He took his oath of office before a small, socially distanced audience in a city that has been locked down because of the dual threats of the coronavirus pandemic, which has killed over 400,000 people in the U.S., and worries over another attack just weeks after the deadly violence at the U.S. Capitol.

However, the event was being viewed all over the world through online platforms and international media streaming the ceremony.

Famous faces and ex-presidents including Bill Clinton, George Bush and Barack Obama are all in attendance.

Trump was not present for Wednesday’s festivities – having flown to Mar-a-Lago after organizing his own pep rally sendoff, telling supporters and family members; ‘Have a good life, we will see you soon.We’ll be back in some form,’

Buhari, Osinbajo, Others To Receive COVID-19 Vaccine On…