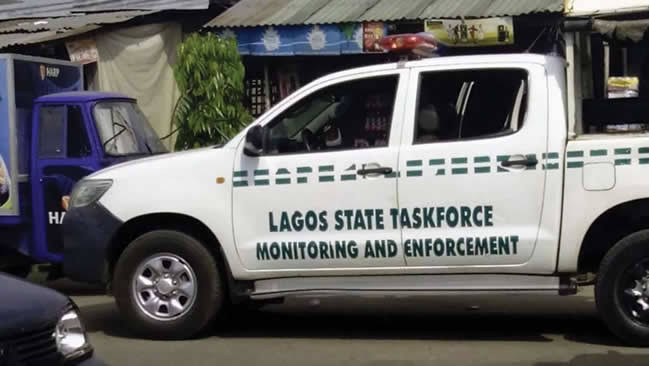 Lagos State Environmental and Special Offences (Enforcement) Unit (Task Force) has denied being responsible for the death of a young man who was knocked down by a vehicle in Oshodi Area of the state on Tuesday morning.

The Twitter user @datoshodiboi, alleged that his cousin, Dare, was knocked down and killed by men of the Lagos State Task Force who were chasing a danfo driver in the Oshodi area of the state this morning at about 5.30 to 6 am. He said his cousin died on the spot.

In a statement released, the chairman of the task force, CSP Shola Jejeloye, denied the allegation and said it was a commercial bus that hit the man who died.

It said the young man died as a result of the reckless driving of a traffic defaulter who hit him with his vehicle while trying to flee from operatives of the Task Force.

Early this morning, a commercial bus driver was illegally loading passengers by the roadside in Oshodi and, on noticing the presence of a Lagos Task Force vehicle, took off recklessly at a high speed, knocking down the innocent young man who was trying to cross the expressway.

Despite warnings and enlightenment campaigns about the dangers of violating traffic laws, commercial drivers have continued to flout the law and put the lives of commuters at risk. This violation of the law led to the death that occurred in Oshodi.

No gunshot was fired within the vicinity as being rumoured on social media. Members of the public are advised to refrain from believing false information released online by mischievous individuals who are out to cause public disorder and unrest in Lagos.

The Lagos State Government sympathises with the family of the deceased young man. The reckless commercial bus driver will be apprehended and prosecuted in accordance with the law.