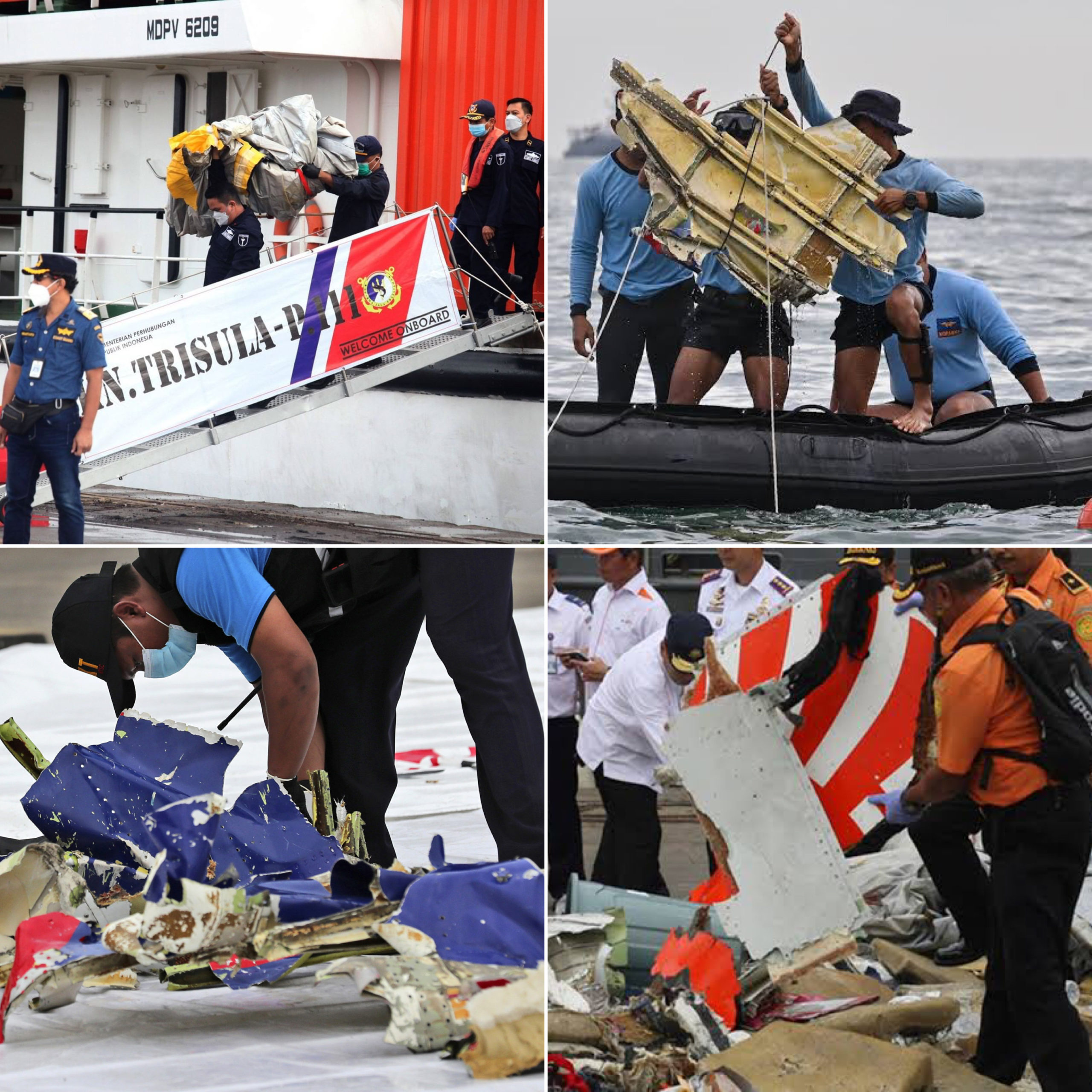 Human remains and plane wreckage including black boxes have been pulled from the crash site of an Indonesian passenger plane that plunged into the ocean minutes after takeoff from Jakarta to Pontianak in Indonesia on Saturday, officials say.

Sriwijaya Air flight 182 – a Boeing 737-500 – lost contact four minutes into the flight, and amid heavy rains, dropped 10,000 feet in less than a minute before disappearing from the radar, according to global flight tracking service, Flightradar24.

The plane was carrying 62 Indonesian nationals, including three babies and seven other children.

Rescuers now believe they have located the Boeing 737-500’s flight data recorder and cockpit voice recorder in the sea it crashed into, hoping they can shed light on the tragedy. 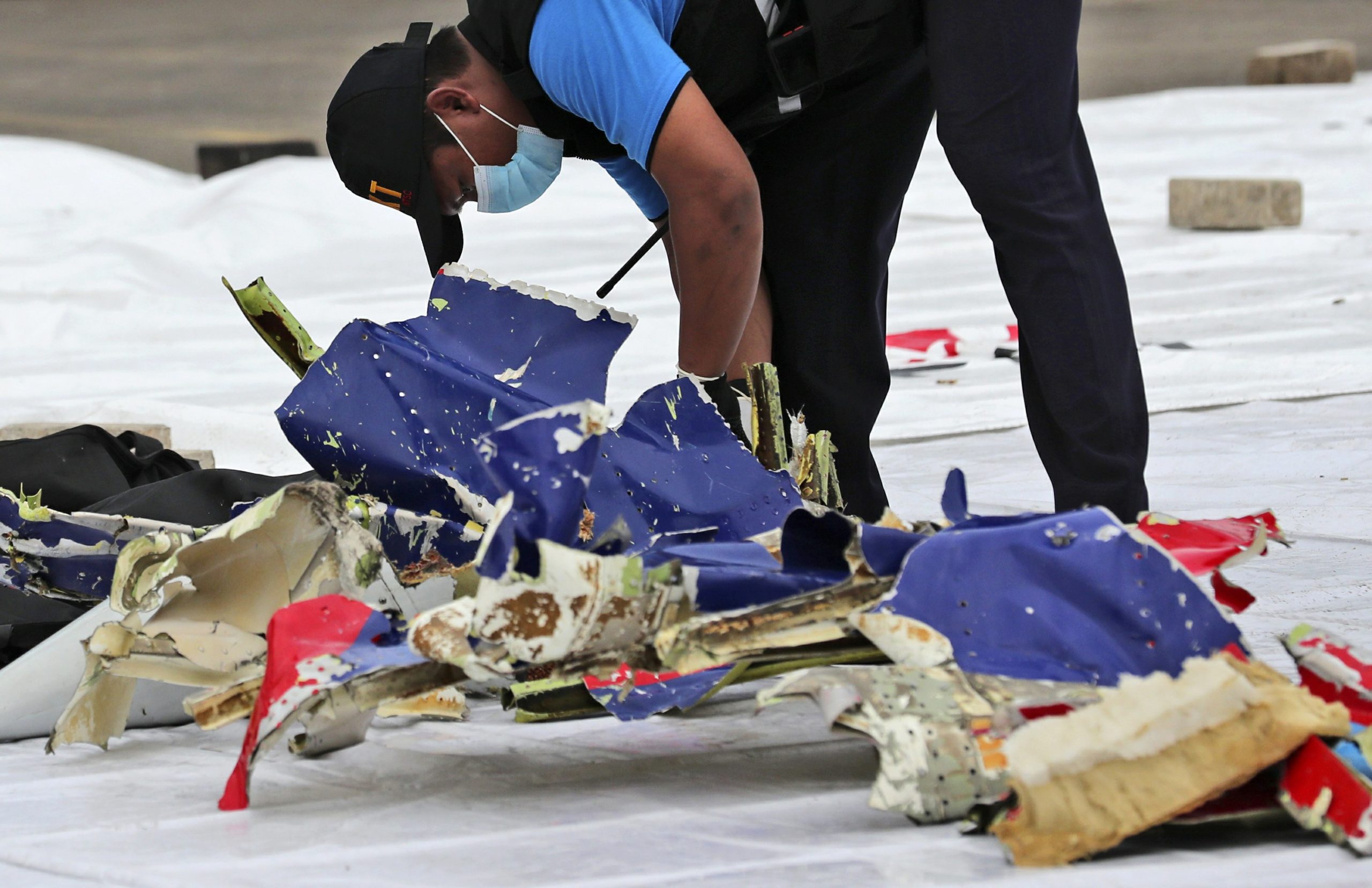 Reuters quoted authorities as saying they had also retrieved human body parts and pieces of children’s clothing but that there are no signs of survivors.

Five body bags containing victims of the crash located by the National Search and Rescue Agency (Basarnas) have so far been handed over to the disaster victim investigation unit in Jakarta for identification, according to mission coordinator Rasman MS. 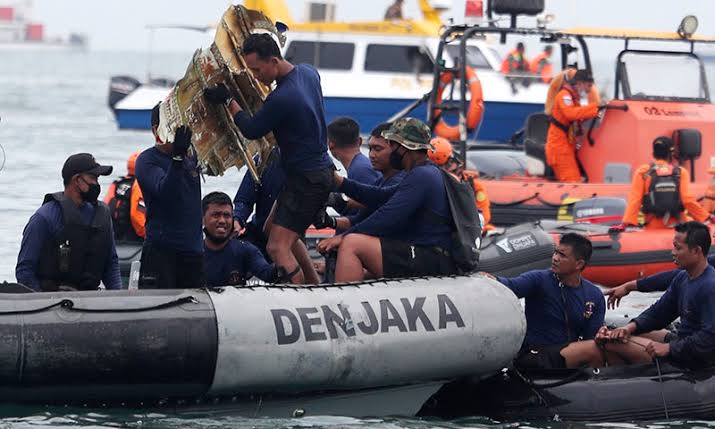 Ten bags filled with wreckage and debris from the aircraft have now been handed to Jakarta-based air crash investigators, he said.

Rescuers brought the debris to Jakarta port, including a twisted piece of metal which was painted in Sriwijaya Air’s blue and red colours. 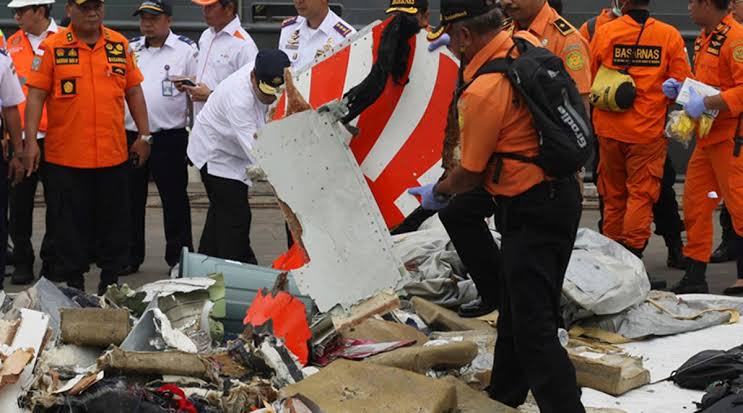 Officials reportedly said the pieces of wreckage came from a depth of 23 metres near a group of islands off the Jakarta coast.

We have determined the position of the plane’s black boxes from two signals emitted by the devices. Hopefully we can lift the black boxes in short time to determine the cause of the crash.

We received reports from the diver team that the visibility in the water is good and clear, allowing the discovery of some parts of the plane. We are sure that is the point where the plane crashed. 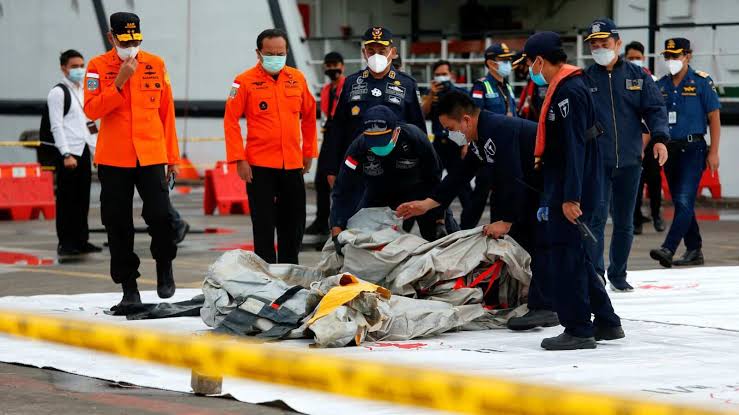 I represent the government and all Indonesians in expressing my deep condolences for this tragedy. We are doing our best to save the victims. We pray together so that the victims can be found. 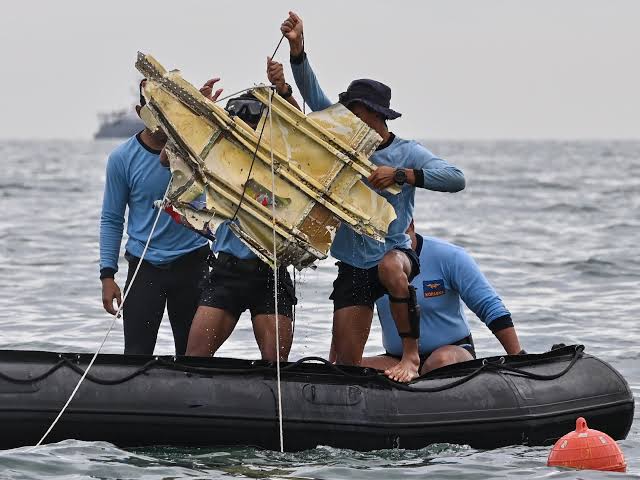 He added that he has asked the country’s National Transport Safety Committee to carry out an investigation to find out the cause of the crash.

Search and rescue efforts, which began since yesterday, will continue into Sunday night. Four planes and boats have been deployed to help with the search. 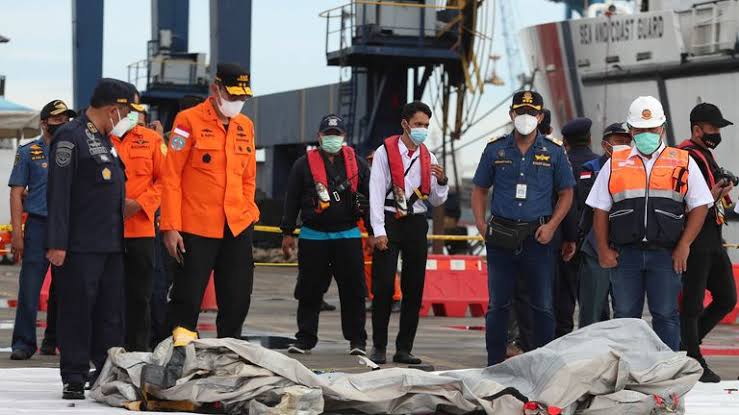 The crash is the first major air mishap since 2018 when a Boeing 737 Max plunged into the Java Sea soon after takeoff from Soekarno-Hatta International Airport, milling all 189 passengers and crew members.

According to Aviation Safety Network’s database, more people have died in air crashes in Indonesia than in any other country over the past decade.

Health Minister, Mamora’s Twin Daughters Get Proposed To At The Same Time (photos/videos)

Indonesia Plane: 62 People Including 10 Children Onboard…