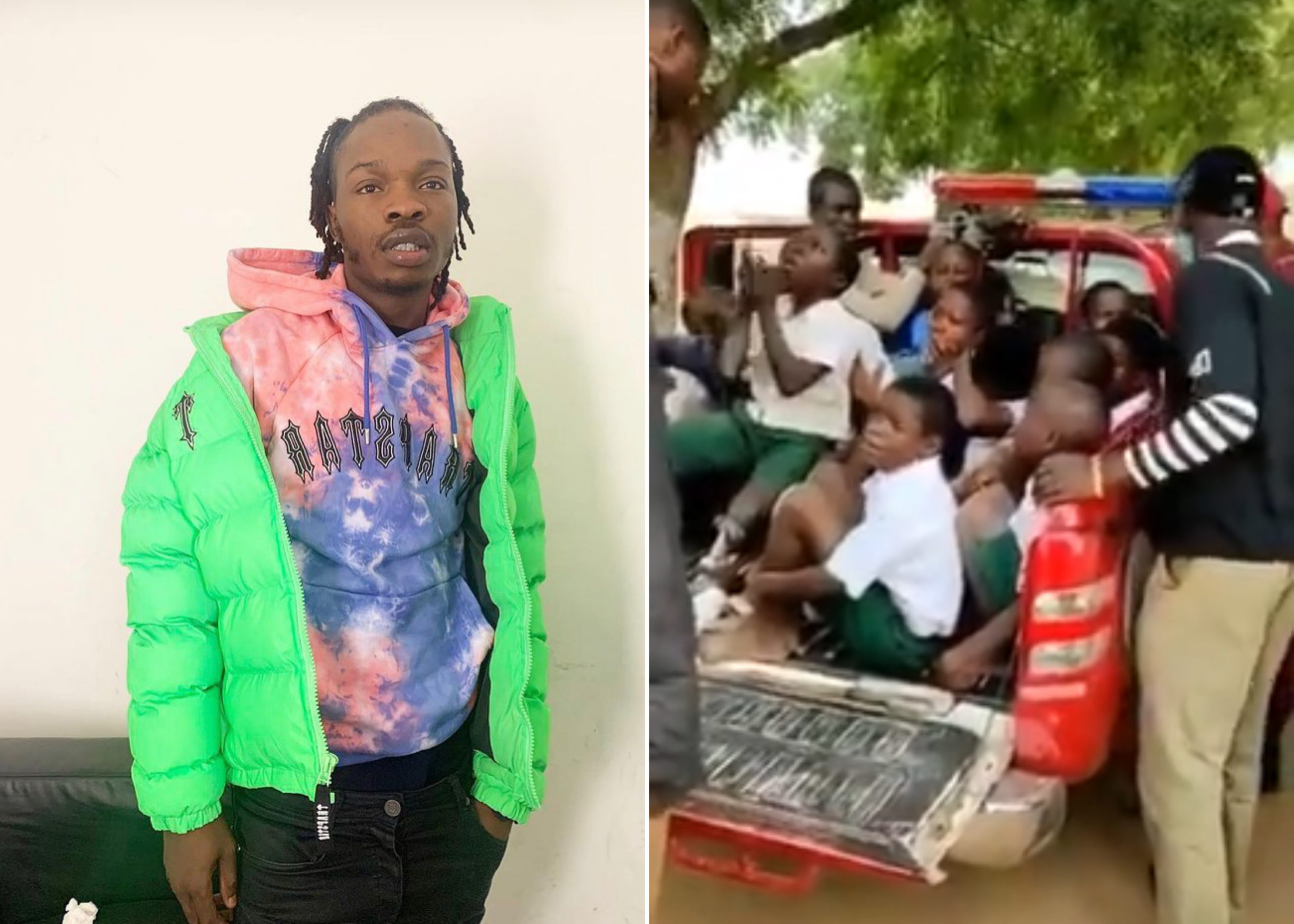 Singer Naira Marley has condemned the arrest of some young school children by officers of Western Nigeria Security Network codenamed Amotekun, for modeling themselves after him.

According to the viral video, the students were arrested by Amotekun officers and taken away after they were reportedly skipping classes to hold their meetings in the bush.

A woman, who is suspected to be one of the teachers in the school, was speaking in the video.

While Amotekun officers were moving the students into the vehicle, the woman who was recorded the video explained what was going on.

In her words, she said;

These ones are criminals in the school, the senior one is calling himself Naira Marley and he is a bad influence on others. They were all taken from the bush, they were trained to become somebody good in life but see what they have turned themselves into. They are being taken by the Amotekun officers, at least this would put sanity in the school. Unbelievable, they are just in JSS 2 and SS3.

Reacting to this, Naira Marley in an Instagram post condemned the actions of the school and Amotekun, describing the arrest of the students as “child abuse“.

He added that the teachers and security operatives with guns need to be arrested for allegedly maltreating the students who are mostly boys.

Guys look what’s happening in stupid Nigeria. How can you arrest school kids? This is child abuse. The teachers and this stupid uncles with guns need to get arrested.

I want to meet all these kids I owe them, please help me with the name of the school or link me up with any of my Marlian Kids. Thanks. I wanna see the witch behind the camera self. Wtf is amotekun self?? If they treat ur child like this, what would u do? Did u see the slap?? U calling someone child criminal?? Omoo I’m so angry give me school name pls. I need to go there.

Watch the video of the young boys below;

School children arrested by Amotekun for behaving like Naira Marley

Two Cemetery Guards Arrested For Allegedly Being In…