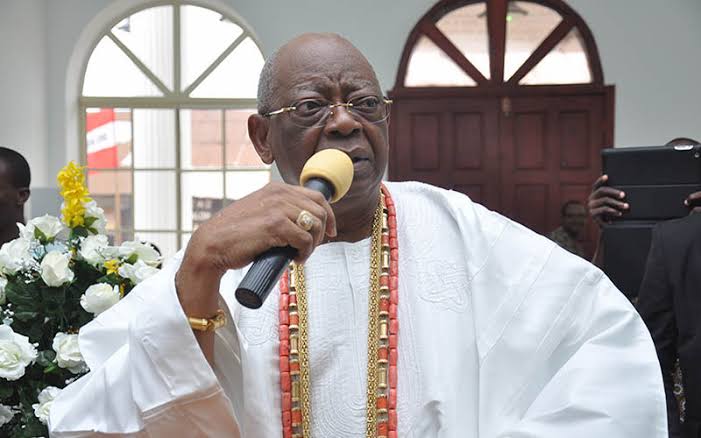 Founder of FCMB Group and notable philanthropist, Otunba Olasubomi Balogun (CON), has formally handed over his Otunba Tunwase National Paediatrics Centre (OTNPC), located at Ijebu Ode in Ogun State, to the management of University of Ibadan and the University College Hospital (UCH).

The gesture is part of his conscious efforts towards ensuring that Nigerians, especially children, have access to world class healthcare facilities and specialised treatment services. The cost of the hospital is estimated at over N5 billion.

The transfer of the hospital to UI and UCH was preceded by the signing of a Memorandum of Understanding (MoU), which clearly states how the Centre is to be managed by the parties, on October 1, 2020 in Lagos state.

The formal hand over ceremony, which took place on January 19, 2021 in the premises of the hospital, was attended by the Group Chief Executive, FCMB Group and Board Chairman, Otunba Tunwase Foundation, Mr. Ladi Balogun; the Group Head, Corporate Affairs of FCMB, Mr. Diran Olojo; the Acting Vice Chancellor of the University of Ibadan, Professor Adebola Ekanola, (who was unavoidably absent), was represented by the Provost of the College of Medicine, Professor Yinka Omigbodun.

The ceremony was also attended by the Management of University College Hospital, led by its Chief Medical Director, Professor Abiodun Otegbayo; the Interim Transition Management Committee of OTNPC led by the Chairman, Dr. Adeyinka Hassan, as well as other eminent personalities.

In his address, the Group Chief Executive, FCMB Group, Mr. Ladi Balogun, who represented the Founder of FCMB Group, Otunba Olasubomi Balogun, gave an insight to what inspired the business mogul to take up the extraordinary philanthropic project almost 11 years ago.

The inspiration by Otunba Olasubomi Balogun to build this great establishment started when he took over the children’s hospital at the UCH Ibadan, where he was exposed to the true plight of sick children and the high demand for world class facilities to cater for their needs in a sustainable manner.

An interaction with the then Minister of Health, late Professor Olikoye Ransome-Kuti, further propelled Otunba Balogun to do more in terms of the provision of world class medical facilities. The exposure and interaction later became the brainchild of this N5 billion establishment, credited as a prototype of the Ormond Street Children’s Hospital in London, United Kingdom.

Speaking on the Banking icon’s decision to hand over the control and management of the Centre to UI and UCH, Mr. Balogun disclosed that;

At the end of its construction, some institutions requested to manage the hospital, but Otunba Balogun strongly believes that the University of Ibadan and University College Hospital are in a better position to do that effectively and further raise its status, considering their respective pedigrees.

He further explained that;

Following the signing of the MoU last year by all the concerned parties, the resolution is that while the University College Hospital has been mandated to provide clinical services, the University of Ibadan will engage in research and other academic works, whilestudents from UI would also be involved as part of the training.

Appreciating the gesture, the Chief Medical Director, UCH Ibadan, Professor Otegbayo, said that it is an indisputable fact that the health and welfare of society are critical to the development of any community.

We at the UCH are grateful for this opportunity to contribute to the well-being of residents in Ijebu community, Ogun State and Nigeria at large. We promise that as soon as all the legal nuances are sorted out, we shall fully move in and continue with what UCH is known for; unequalled provision of health care services, research and training.

Commenting further on Otunba Balogun’s continuous generosity, he stressed that;

UCH is not just witnessing the generosity and benevolence of Otunba Balogun now. Many years ago, he endowed the Otunba Tunwase Children Emergency Ward in UCH and he has been funding the Ward since then. A lot of children have been saved there, whiletraining and research in Paediatrics have been going on unhindered.

In her remarks, the Provost, College of Medicine, Professor Omigbodun, expressed delight at the official hand over of the hospital to both the university and UCH.

She lauded Otunba Balogun for handing over the management of the hospital to the institutions.

We are extremely grateful to Otunba Subomi Balogun for this generous contribution to the medical sector. This Centre would certainly contribute immensely to the training and research activities carried out by our academics. It is our hope that other Nigerians who have achieved greatness in their various fields would emulate him.

Otunba Subomi Balogun is a well-known statesman, entrepreneur and philanthropist with several charitable projects and programmes for the people of his hometown of Ijebu-Ode, as well as many other parts of Nigeria.

His philanthropy ranges from the provision of this world class medical facility to education, capacity building, youth empowerment and other socio-economic initiatives, aimed at enhancing the development of humanity and society in general.