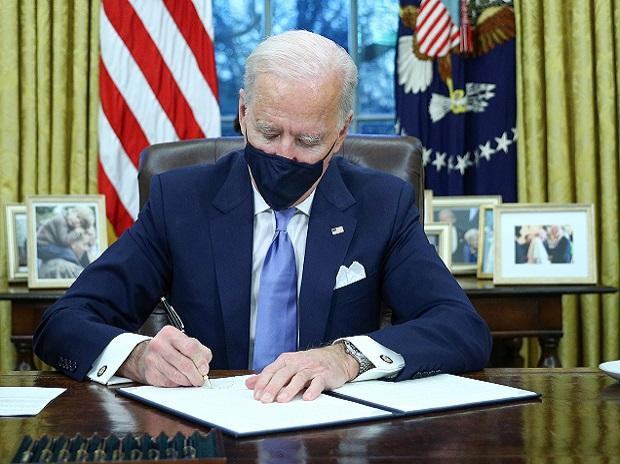 Newly sworn-in president of the United States of America, Joe Biden, has began to deliver on campaign promises as he canceled Trump’s travel ban on Nigeria, and other countries, majorly Muslims nations.

Biden began his first day in office by reversing some actions of former President, Donald Trump, as he implemented new policies on the COVID-19 pandemic, immigration and climate change.

He issued an executive order to end Trump’s controversial ‘Muslim travel ban‘, which blocked travel to the United States from several predominantly Muslim and African countries.

The ban faced several legal challenges, but the Supreme Court upheld the measure in 2018.

Read Also: US Restricts Immigration From Nigeria And 5 Others, Sets New Travel Rules

President Biden has now directed the State Department to restart immigration visa processing for individuals from the affected countries and to develop ways to address the harm caused to those who were prevented from coming to the United States because of the ban, The New York Times reports.

Ending the ban was one of Biden’s top campaign promises on immigration policy, and he has now delivered.

Read Also: US Congress Moves To Nullify Travel Ban On Nigeria, Others

In the same vein, Biden has made mask wearing in all federal buildings and during interstate travel mandatory.

It’s requiring, as I said all along, where I have authority, mandating masks be worn, social distancing be kept on federal property.

Biden also signed orders for America to formally rejoin the World Health Organisation (WHO) and the Paris climate agreement, this is an agreement within the United Nations Framework Convention on Climate Change (UNFCCC), dealing with greenhouse-gas-emissions mitigation, adaptation, and finance, signed in 2016.