A Nigerian man identified as Ayodele Bandele, who was declared missing by friends and family on Tuesday, January 12, has been found dead.

Bandele, an advertising agent, was last seen at Omole Phase 2 and his last location was 3rd Mainland Bridge. 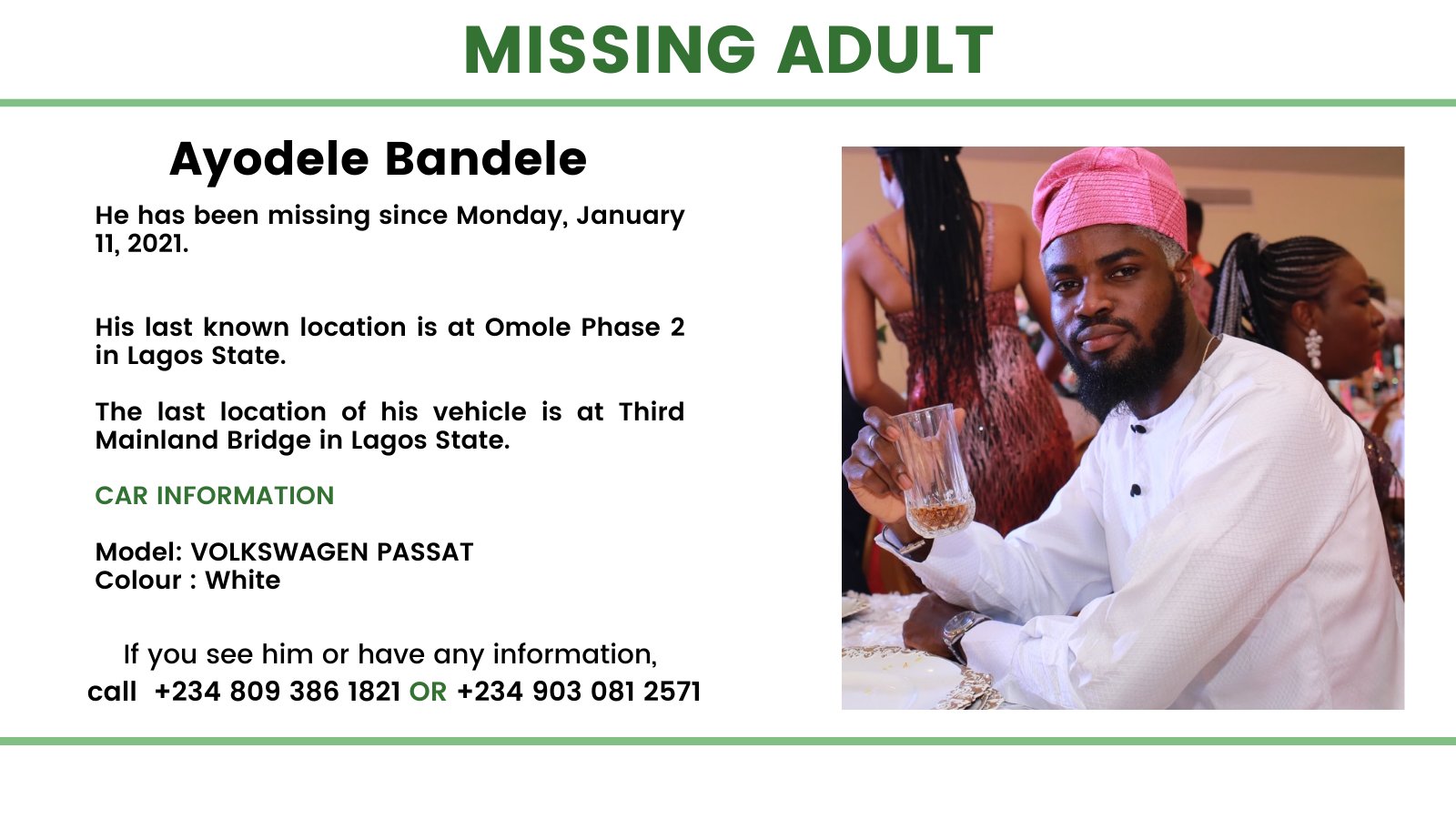 However, in latest update, an Information Technology expert, Editi Effiong, revealed that the dead body of the young man has been found but it appears that he died by suicide.

Effiong in a now deleted-tweet wrote;

Not the news we hoped for, but Dele’s body has been found. It appears he took his own life.

I hope he finds peace. If you have some faith, please say a prayer for his family. 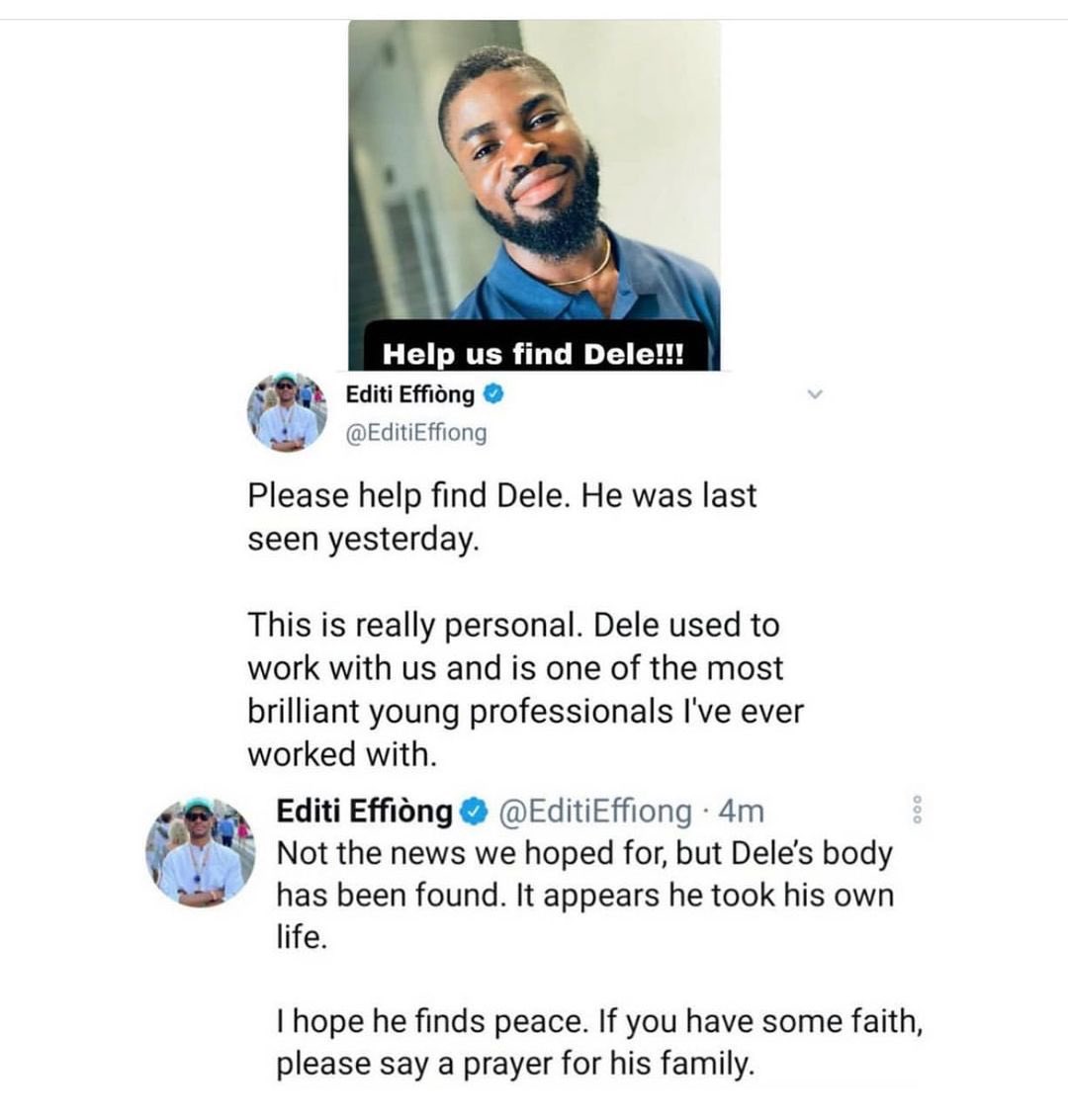 Hours before his disappearance, Bandele shared a suicide note on his Instagram page in which he detailed his struggles with depression.

He stated that he had battled with depression for seven years and was about to go find peace.

Bandele stated that he couldn’t write a similar suicide note for his mother because the thought of her would discourage him, just like it did three previous times he attempted suicide.

He also asked the person he wrote the suicide note to to take care of his mother and other members of his family.

Bandele asked for forgiveness from anyone whom he might have offended and asked for everyone to pray for him to find rest and peace.

Read the full suicide note below;