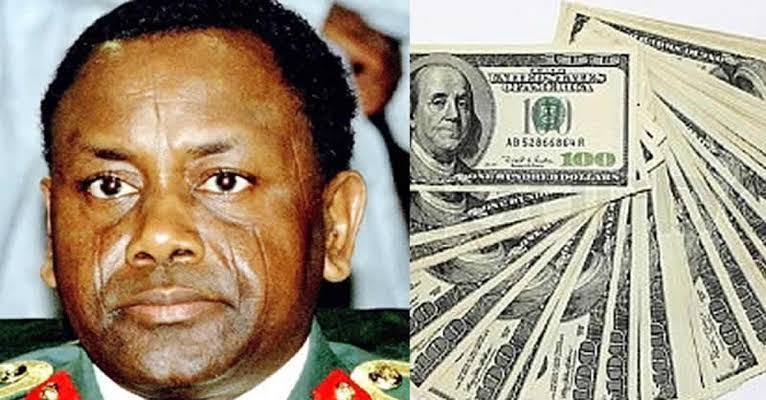 Supreme Court has on Friday dismissed another suit filed by Sani Abacha’s family seeking access to the looted funds which they and the late Nigerian dictator stashed in foreign bank accounts.

The suit filed in the name of Ali Abacha, son of the late head of state, was dismissed by a five-man panel led by Sylvester Ngwuta for lacking in merit.

In the lead judgment prepared by Justice Kudirat Kekere-Ekun, the Supreme court panel held that Ali Abacha’s case was not different from that of the late ex-dictator’s son, Abba Mohammed Sani, which was also dismissed by the apex court on February 7, 2020.

It is pertinent to state at this juncture that a case with the same facts and issues was decided recently by this court in SC. 68/2010 Alhaji Abba Mohammed Sani Vs the President of the Federal Republic of Nigeria and the Attorney-General of the Federation.

Although the appellants are different, the facts and issues in contention are the same. Both had their bank accounts in Switzerland and other countries frozen as result of the authorisation given to the Swiss law firm by the respondents.

In the earlier case, the contention was also that the respondents acted outside the scope of their duties under a repealed law and were therefore not entitled to seek refuge under section 2(a) of the Public Officer Protection Act.

The Justice also held that Ali Abacha’s lawsuit had become statute-barred and incompetent because it was not filed at the trial court within three months of the occurrence of the action complained about, thereby flouting section 2(a) of the Public Officer Protection Act.

It is not in dispute that the suit before the trial court was filed outside the three months stipulated in section 2(a) of the Act.

The only issue to be considered was whether in the circumstances, the action was maintainable. The suit was not doubt statute-barred and rightly struck out by the lower court.
“Incidentally, R.O Atabo, also represented the appellant in Sani Vs the President & Another.

He has not advanced any superior argument to warrant a departure from our decision in that case. This issue is resolved against the appellant.

In conclusion, I find this appeal to be devoid of merit. It is hereby dismissed.

Abacha died as Nigerian Head of State on June 8, 1998, but funds looted by him and members of his immediate family in millions of different hard currencies, were still being recovered and repatriated by the Nigerian government as of February 2020.

The then-president, Olusegun Obasanjo, on December 23, 1999 delegated the power to freeze the Abacha family’s foreign accounts under Banking (Freezing of Accounts) Act to ex-Attorney-General of the Federation (AGF), Kanu Agabi, a Senior Advocate of Nigeria.

Under the mutual legal assistance triggered by Nigeria’s requests, the family’s bank accounts were subsequently frozen places like the United Kingdom, Switzerland, Liechtenstein, Luxembourg and Jersey.

Following the attorney-general’s letter in October 2003 requesting the transfer of all the funds in the frozen accounts in the foreign countries to Nigeria, the Abachas, including Ali and Abba, had filed different suits at the Kaduna Division of the Federal High Court to challenge the move.