The White Tiger: An Interesting Flip On The Rag To Riches Trope

“Go to Old Delhi, and look at the way they keep chickens there in the market. Hundred of pale hens and brightly colored roosters, stuffed tightly into wire-mesh cages. They see the organs of their brothers lying around them.They know they are next, yet they cannot rebel. They do not try to get out of the coop. The very same thing is done with humans in this country.”

The quote above is one of my favourites  from the movie ‘The White Tiger’, and easily so, because as the lead character narrates, we are taken to a coop, where his words come to life, and have more weight.

It is a 2021 screen adaptation of Aravind Adiga’s 2008 novel of same name lauded by pundits for its exceptional direction, screenplay, and cast performance. It is directed by Ramin Bahrani and stars Adarsh Gourav in his first lead role as Balram, along with Rajkummar Rao and Priyanka Chopra who also serves as the film’s executive producer. It is currently on Netflix’s top 10 list in many countries across the world.

The White Tiger tells the story of  Balram, born into a rustic life, in one of India’s poorest villages. Brilliant as he is, Balram is forced to drop out of school before he can advance his education. Life tosses him on the hard path but he has dream; breaking free the shackles of poverty by all means, unlearning servitude and becoming somebody.  He uses wit, charm and crime to rise. 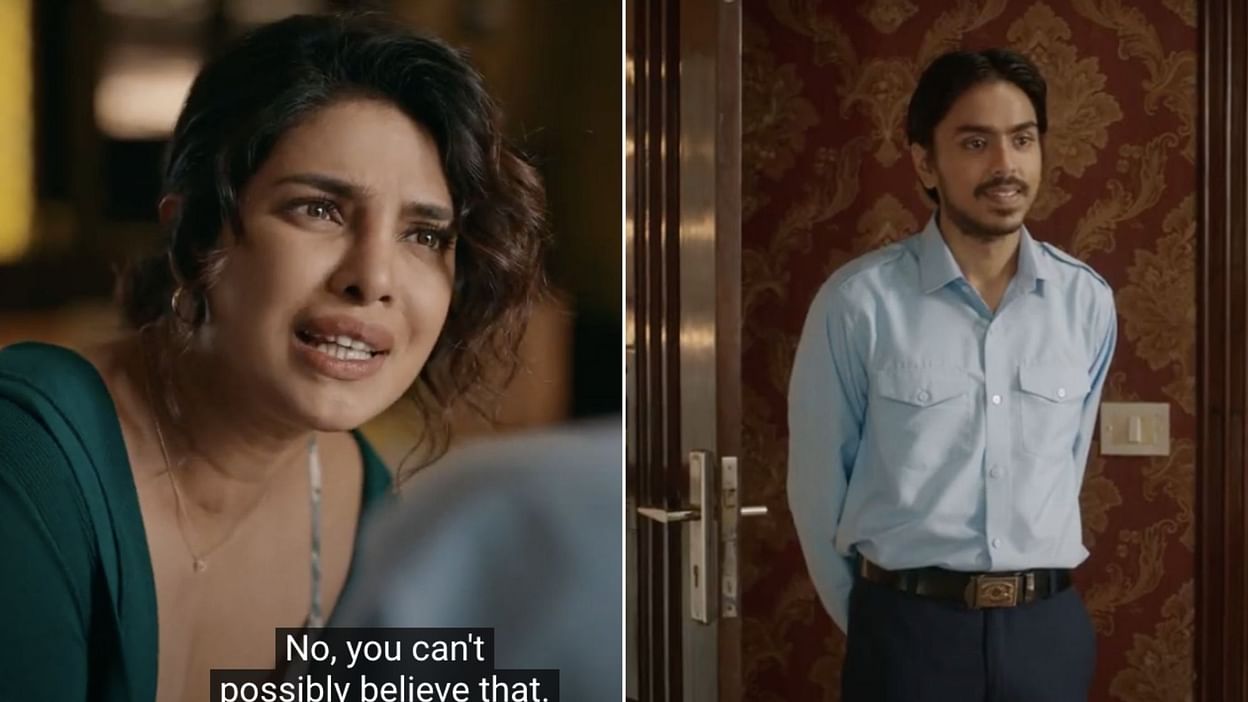 When I first read the synopsis, it appeared to be another ‘poor boy escapes poverty, lives happily ever’ trope. But this story is different in how it is told because it zooms in on the poverty level in India and the caste system. For someone unfamiliar with the world’s second most populous country, it opens a window into the caste system and pauperdom loop many of it’s impoverished citizens hardly ever break, even though the country roars into the 21st century as a leader on the global stage. It also highlights the huge disparity between the rich and the poor.

I found the character development in this tale fascinating and impressive. Throughout the movie, the main characters evolved. We see their good sides, not so good and dark sides. I didn’t like any of the two main characters, but I think this  reflected their diversity. In many movies we typically see the good and bad guy, the hero and villain. But in The White Tiger it was a mix, and a gravitation. It was reminiscent of real people and a reminder that good people sometimes do bad things and vice versa.

Having said some of the things that make this movie remarkable, you would think it swept me off my feet right? Wrong. It didn’t. As a matter of fact  1 hour 8 minutes into the movie, I reflected on how I wasn’t really sucked into the story. Too much attention was placed on showing the nature of servitude in India,  and how entrenched it was in the lead character. As a result, the twist and real action didn’t come until later in the movie. While this focus in detail on the life of the poor man in India may have been the intention of the producers,  it watered down the story for me. I would have loved to see a more detailed transition of Balram as he climbed up in life rather than just a summary.

I also didn’t like Balram the main character. I understand that this could have been the goal of the director /producers but it was a ‘hate-hate’ not love-hate relationship’ for me. By ‘hate-hate’, I mean I have seen movies where the lead character is an antihero, villain and I still like their character as a whole.

A good example would be Sir Anthony Hopkin’s role as Hannibal Lecter in silence of the lambs. Hopkin’s was so believable he made the hair on the back of my neck rise. I despised his role in the movie but was astounded in a good way by the character as a whole. That for me is a ‘love-hate’ relationship and I could give other examples. In the White Tiger however, I found Balram, played by Adarsh Gourav very annoying. As a poor man, he was creepy and super obsequious, before his Machiavellian nature fully come to light. And  even from the perspective of a rich man which he told his story from, there was something off about him. Objectively Gourav did a good job with the role, but his character didn’t stick for me, at all. One of my least favourite leads from a good movie.

The big question then at this juncture would be, is this 2hrs 5mins flick worth your time?
My first answer would be it depends on who is asking. But since I know you’re reading this review to make an informed decision,  I’d say yes, the White Tiger is good movie.

I however cannot bring myself to give it more than a 6.5/10, and I pride my self as being  generous with ratings. This is perhaps because I didn’t generally find this movie mind blowing.  Was it detailed and interesting enough? Yes. But it is also not a movie I would have been very happy seeing at the cinemas. Perfect for Netflix? Absolutely!

This is  my take on The White Tiger. See it, and let know what you think by leaving a comment.