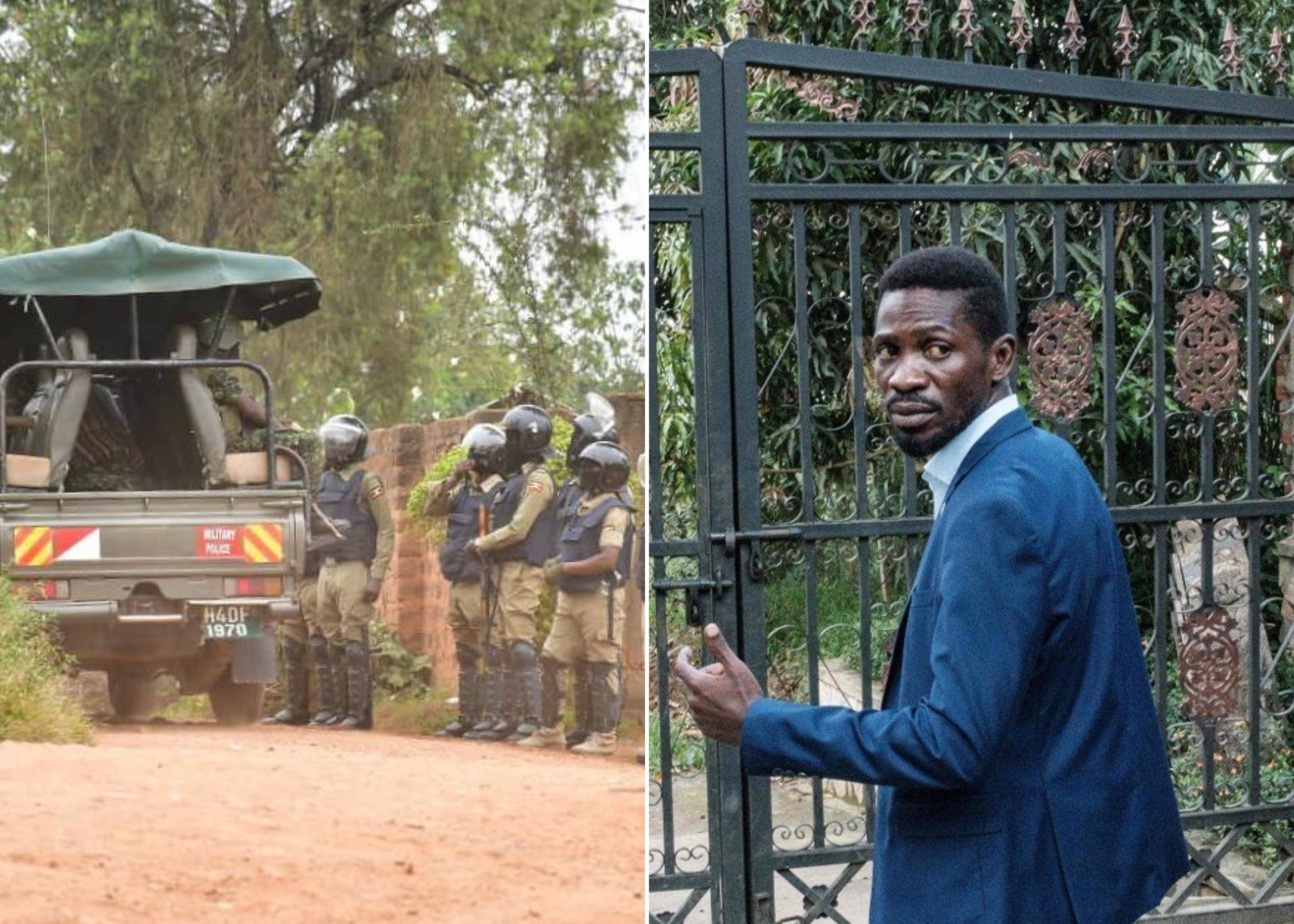 The former reggae singer turned lawmaker came second in the presidential election, and has said the process was marred by widespread fraud and violence.

He has not left his home since he went out to vote in the election on Thursday, and on Friday said he was under “siege” as soldiers and police surrounded his home, preventing anyone from entering or leaving.

“Our leader is effectively under house arrest,” National Unity Platform (NUP) spokesman Joel Ssenyonyi told a press conference, adding no one was being allowed access.

His home is not a detention facility. We are very concerned about the state in which he is in, and his wife.

In a Twitter update, Wine’s account, written by an administrator as Uganda remains under an internet blackout for a fifth day, said the couple had “run out of food supplies.”

It’s now four days since the military surrounded our home and placed my wife and I under house arrest. We have run out of food supplies and when my wife tried to pick food from the garden yesterday, she was blocked and assaulted by the soldiers staged in our compound. (ADMIN) pic.twitter.com/MLEtSbyCcW

The party said prominent member of parliament, Francis Zaake was arrested during an attempted visit to Wine’s house and had been admitted to hospital “badly beaten and brutalised” by security forces.

Everyone including media and my party officials are restricted from accessing me. @ZaakeFrancis was arrested outside my gate as he made his way to my house, he was badly beaten by soldiers. He is now in Rubaga hospital.
(ADMIN)

Ugandan officials have said the soldiers and police were there for Wine’s own security.

Wine and NUP have yet to outline their next steps after dismissing the election as a “complete sham”.

Museveni, 76, has ruled Uganda since seizing control in 1986, when he helped to end years of tyranny under Idi Amin and Milton Obote.

Once hailed for his commitment to good governance, the former rebel leader has crushed any opposition and tweaked the constitution to allow himself to run again and again.

His re-election with 58.6 percent of the vote, to Wine’s 34.8 percent, came after the most violent election campaign in recent years, with the harassment of the opposition, media and deaths of scores of Wine’s supporters.

Wine said there had been ballot-box stuffing, intimidation, and that his party’s agents had been beaten and chased away during the election on Thursday.

However Museveni has said it was the cleanest election in the country’s history.

US State Department spokeswoman Morgan Ortagus praised Ugandans on Saturday for voting “despite an environment of intimidation and fear”.

She added that the US was “deeply troubled by the many credible reports of security force violence during the pre-election period and election irregularities during the polls”.