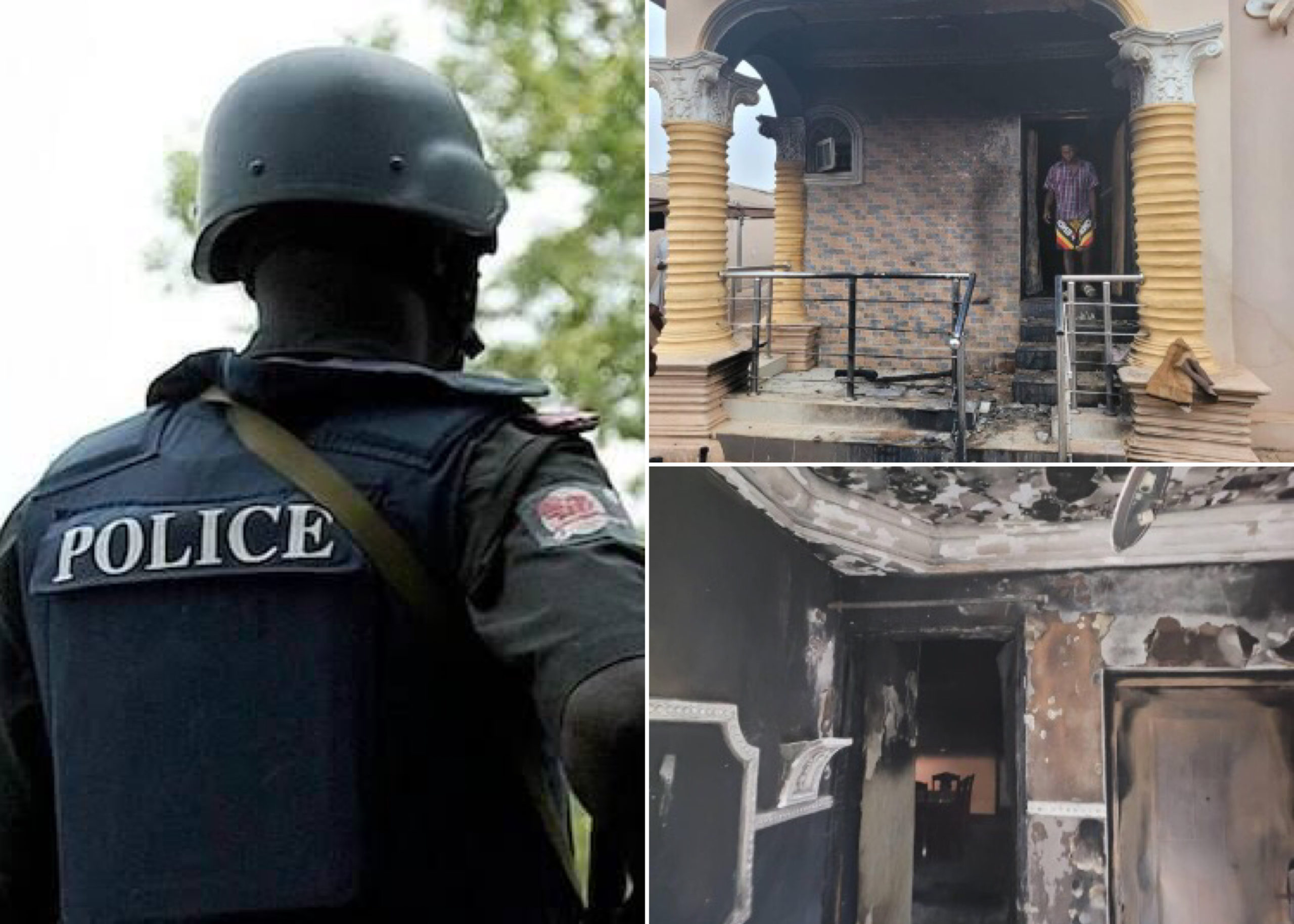 Oyo State Police Command has disclosed that unidentified hoodlums are responsible for the burning of Sunday Igboho’s house at Soka area of Ibadan.

MDB earlier reported that Igboho’s house had been engulfed in flames in the early hours of Tuesday.

The Police noted that the hoodlums came to the house in the early hours of Tuesday in a Hummer bus and Micra car firing sporadically, and later set the house ablaze.

According to a statement by Police Public Relation Officer of the Command, Gbenga Fadeyi said that the mini sitting room of the house got burnt in the process while the damaged on other properties was yet to be estimated.

He said the police had begun an investigation into the incident.

At about 0620 hrs of today 26/01/2021, a report was received at the Santo Police Station that some unidentified hoodlums came to Sunday Igboho’s house at Soka area of Ibadan in a Hummer bus and Micra ( taxi) firing sporadically, and set the house ablaze.

The mini sitting room got burnt in the process while the value of other properties is yet to be estimated.

Immediately the DPO Sanyo got a wind of the incident, he contacted fire service while he also went to the scene for on the spot assessment.

The fire was eventually put out. An investigation has commenced into the incident while the Police are on the trail of the hoodlums.

Igboho, an Oyo indigene, has made headlines in the past few weeks over the tensions between herders and the local community in the Ibarapa area of Oyo State.

He had issued a quit notice to the herders over allegations of kidnappings, killings, rape, and other violent activities.

The ultimatum expired last week and Igboho held a massive rally in the community after which some houses and properties in the herder’s settlements were torched, according to police.