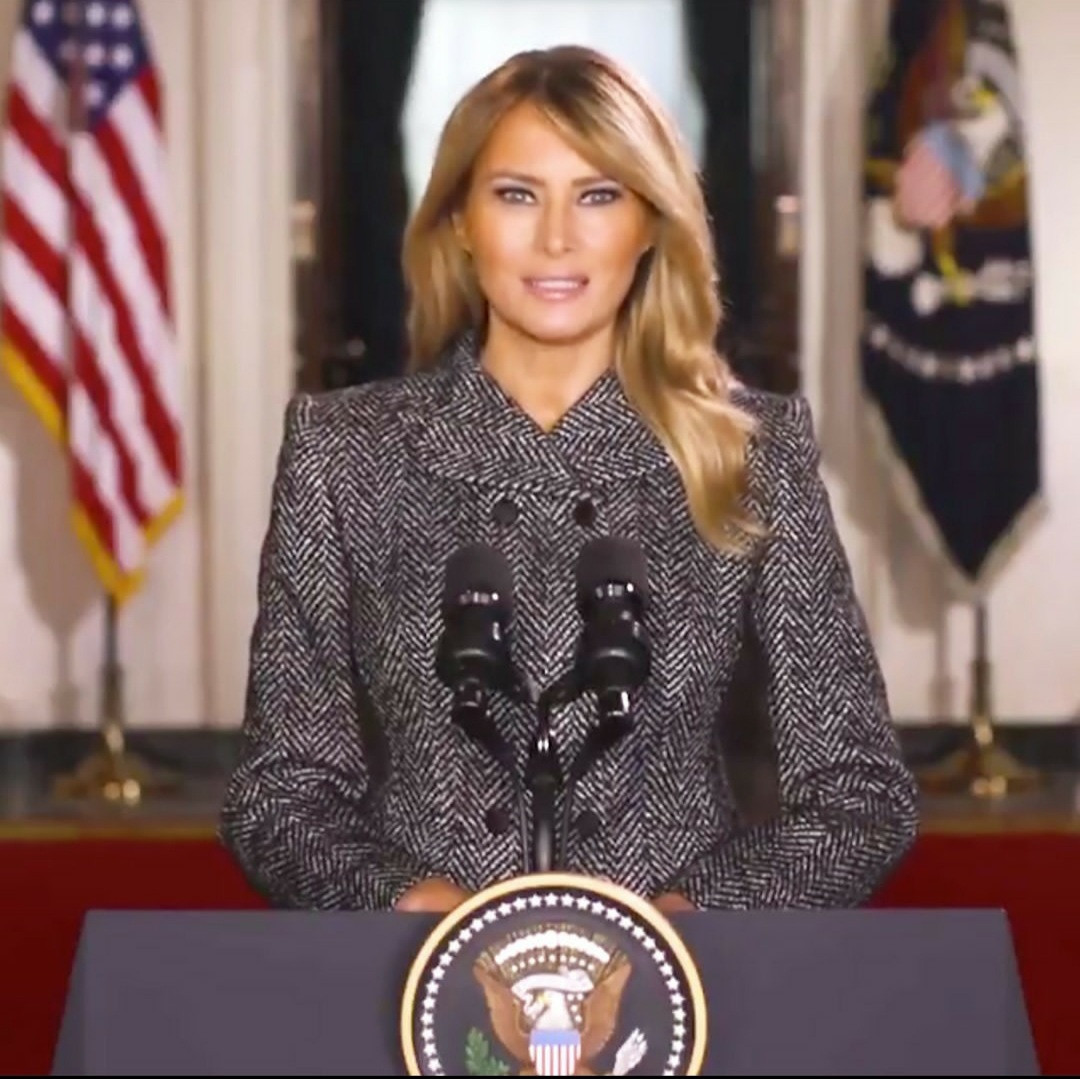 US First Lady Melania Trump on Monday, January 18 released a farewell message as the Trumps prepare to exit the White House, saying that “violence is never the answer,” weeks after the president’s supporters stormed US Capitol.

In her six-minute-long farewell speech, which was recorded on video, Melania did not talk much about outgoing US President Donald Trump but paid rich tributes to families of US Army men, health workers and those working for the betterment of the victims abusing opioid narcotic drug.

Melania, 50, in the video released Monday on Twitter, a site from which her husband has been banned indefinitely, said;

The past four years have been unforgettable. As Donald and I conclude our time in the White House, I think of all of the people I have taken home in my heart and their incredible stories of love, patriotism and determination.

My fellow Americans, it has been the greatest honour of my life to serve as first lady of the United States. I have been inspired by incredible Americans across our country.

She thanked military and law enforcement members, but did not directly address the January 6 breach of US Capitol by rioters spurred on by her husband’s repeated claims that the election had been “stolen”.

The incident left five dead, including a Capitol police officer. Thousands of National Guard have since been deployed to Washington, DC and state capitals around the country amid the threat of further violence surrounding President-elect Joe Biden’s inauguration.

Melania had previously said she was “disappointed and disheartened” by the violence, while also decrying “salacious gossip, unwarranted personal attacks and false and misleading accusations about me”.

In the video released on Monday, Melania urged US citizens to “be passionate in everything you do, and always remember that violence is never the answer and will never be justified”.

She addressed the surging coronavirus pandemic in the US, where more than 24 million COVID-19 infections and more than 398,000 deaths have been confirmed, the highest in both metrics of any country in the world.

Donald Trump has been criticised for allegedly playing down the threat of the virus as it first arrived in the US.

Melania, who is the president’s third wife and mother of his youngest son, Barron, is reportedly set to become the first modern first lady not to welcome the incoming first lady – Jill Biden – for a tour of the private living quarters in the White House.

The snub is part of larger refusal by Donald Trump to attend Biden’s inauguration on Wednesday.

The outgoing president is instead set to give a farewell address at 8am local time (13:00 GMT) on Wednesday before a sendoff ceremony on Joint Base Andrews outside Washington, DC.

He will then head to Florida. The first lady has not made her post-White House plans known.