US To Approve AstraZeneca-Oxford COVID-19 Vaccine 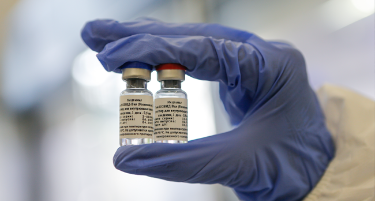 Moncef Slaoui, chief advisor to Operation Warp Speed, the military-led US effort for vaccines, told reporters that US trials and assessments would be complete for approval “sometime in early April”.

Several tens of millions of doses will have been manufacture and therefore will be available for use if the data supports its approval.

Slaoui did not allege that Britain rushed its decision and praised Britain’s MHRA regulatory agency as “science-based”.

Therefore I am not raising any question as to the decision that they have made. Having said that, the requirements of the decision process as we have built it here in the US is what I can really comment on.

Slaoui also voiced hope for approval in the first half of February of the Janssen vaccine by Johnson & Johnson, which in contrast to the initially approved vaccines comes in a single dose.

Uncontrollable Chinese Rocket Set To Reenter Earth This Weekend, Has A Tiny Chance Of…