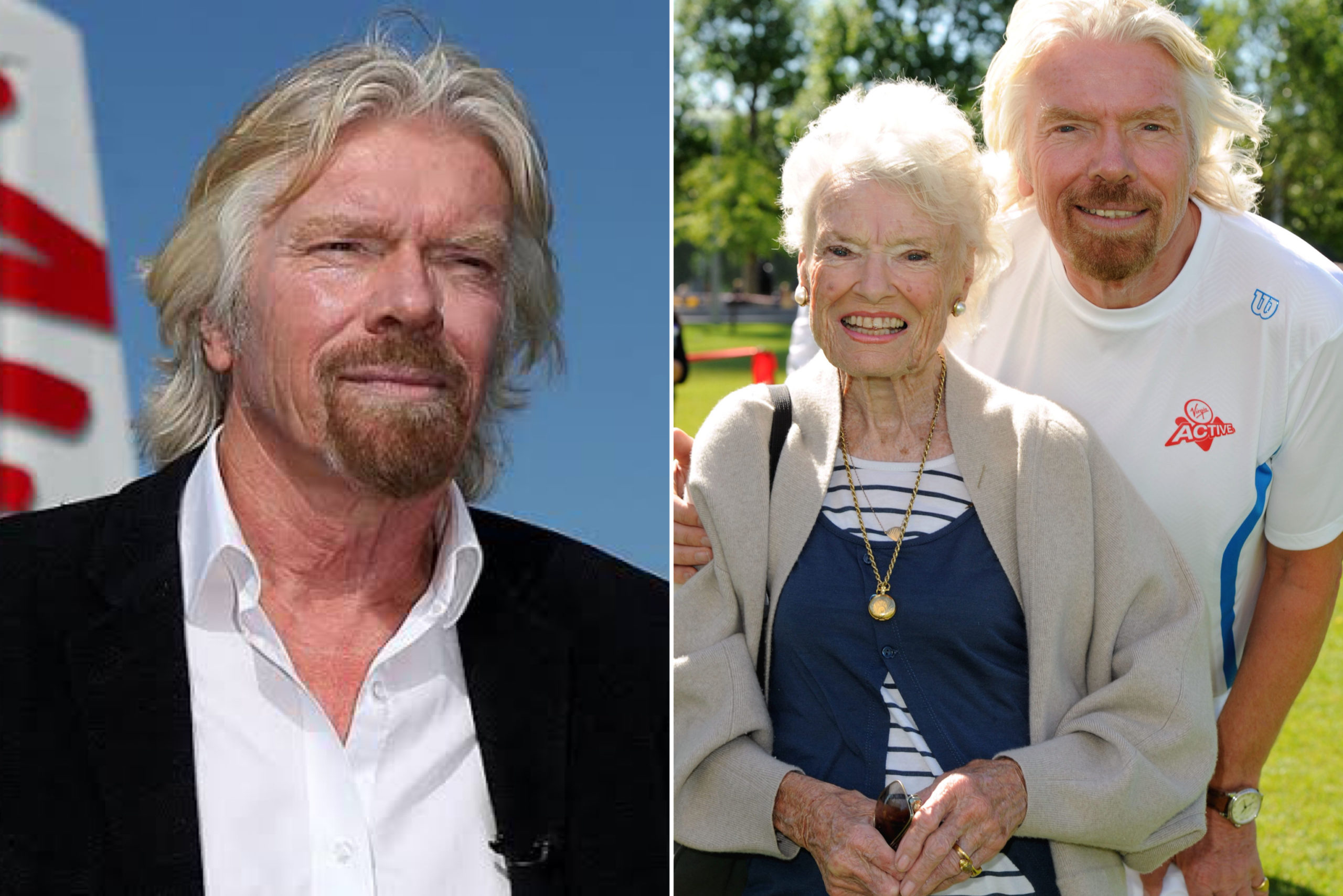 Richard Branson, British billionaire and founder of Virgin Group, has on Monday announced that his mother, Evette Branson, has died at 96 from COVID-19.

Branson announced the sad news via his Twitter account, saying rather than mourn her loss, “I wanted to celebrate her wonderful life and the joy she brought to so many”.

I’m sorry to share that, sadly like a lot of people’s mums and dads right now in these days of Covid, my mum Eve has also passed away. Rather than mourn her loss, I wanted to celebrate her wonderful life & the joy she brought to so many https://t.co/i7rHAnBtBD pic.twitter.com/iDGASlAS0M

Writing further in a post on his company’s website on a page honoring her memory, Branson said his sister Vanessa and nephew Louis stayed by her side before her death.

He revealed that Eve entertained them and her nurses with ‘tales from her life and much laughter over glasses of whisky‘.

Like a lot of people’s mums and dads right now in these days of Covid, my mum Eve has also passed away. She held on for one last victory, managing to fight off the virus, but had expended all of her energy in the process.

When we started Virgin Galactic, mum was so honoured that we named our mothership, VMS Eve. She will always be my mothership, but she is also the proud grandmother of 11 and great-grandmother of 10, all of whom love her dearly and miss her greatly.

She was married to Edward James Branson, a former cavalryman. He died on March 19, 2011 in his sleep at 93.

In 2011, Branson escaped a fire at her son’s Caribbean home on Necker Island in the British Virgin Islands, owned by Richard.

Evette is survived by three children, Vanessa Branson, Richard and Linette as well as grandchildren  and great grandchildren.

The Simpson’s Writer, Marc Wilmore Dies At 57 After…