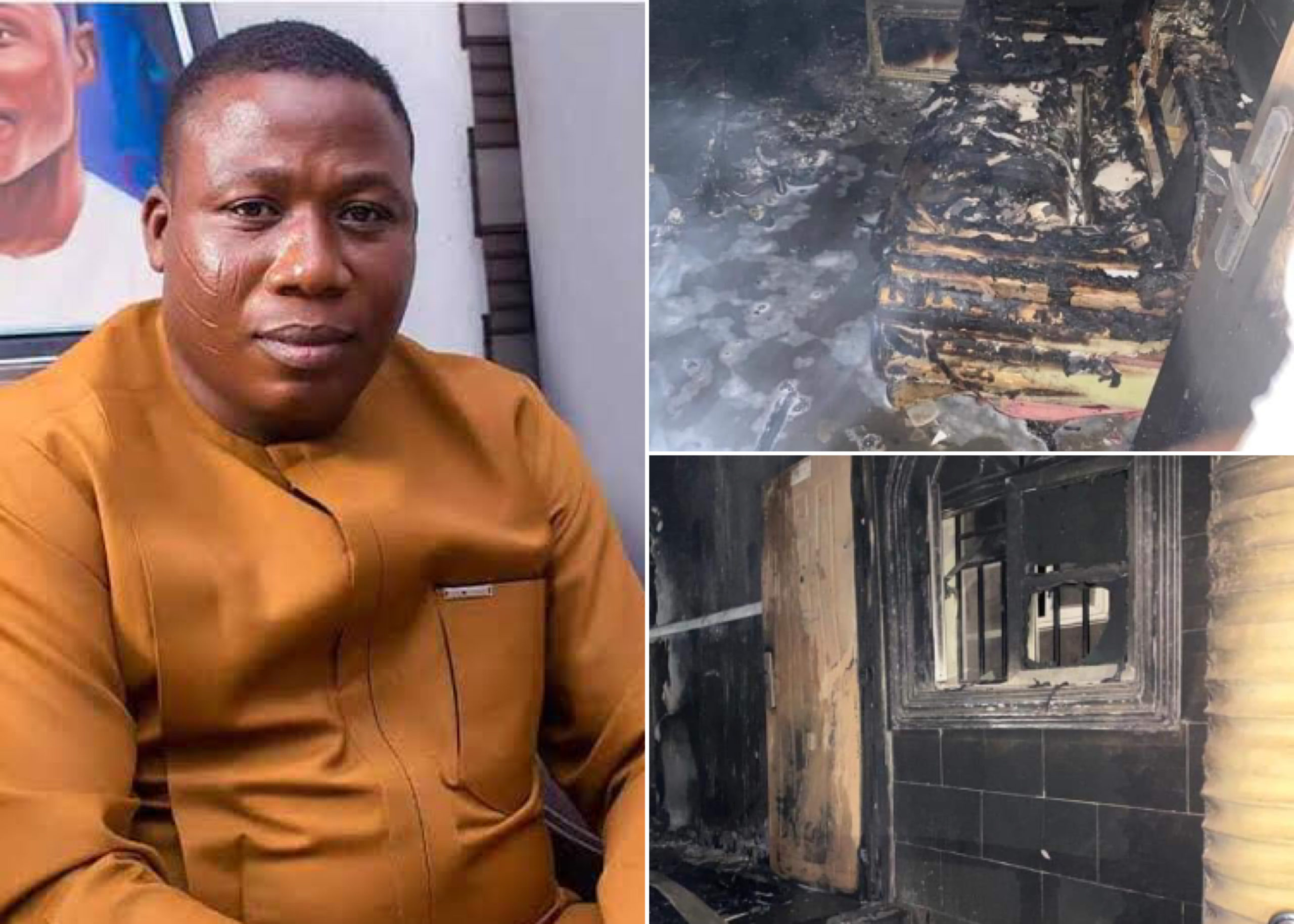 Yoruba activist, Sunday Igboho has expressed that he was not in a hurry to blame any individual or group for the fire that gutted his house in the Soka area of Oyo State on Tuesday morning, saying he was happy no life was lost during the incident.

According to Peoples Gazette,  Igboho stated that that he would allow security authorities to conduct proper investigation into the incident, and arrest those involved.

I cannot blame anyone right now for the attack, not even Fulani people. We have to thank God that nobody was killed, it is more important.

Igboho’s house was razed by suspected arsonists earlier in the day, however the cause of the fire was yet to be ascertained. However police say hoodlums shot sporadically in the area before the fire began around 3 am.

It was not immediately clear those responsible for the attack, which could potentially escalate ongoing tension around Fulani herders in southern Nigeria.

The Yoruba activist has been in news over the past one week over his controversial directive for Fulani herdsmen to vacate vast lands in Oyo State.

His action was condemned by President Muhammadu Buhari and it was reported that an arrest warrant was issued against him.

Igboho, who is the Akoni Oodua of Yoruba land, specifically asked herdsmen in Ibarapa Local Government Area of the State to leave within seven days.

At the expiration of the ultimatum last week, he and his followers stormed the Fulani settlement in Igangan to eject Seriki Fulani, Salihu Abdukadir, and herdsmen accused of perpetrating crimes ranging from kidnappings, killings, rape to invasion of farmlands with their cattle.

Some houses and property in the settlement of the Fulanis were torched but Igboho had distanced himself from the incident, saying aggrieved youths and residents of the town were responsible for the destruction.

It is suspected that the fire incident in his house may be an act of reprisal, but this is yet to be confirmed, as at press time.